Morrison is right to exert his authority over China deals

For all the newfound co-operation that the national cabinet has brought to relations between the federal, state and territorial governments, Prime Minister Scott Morrison's proposed Foreign Relations Bill is a dramatic move to exert his authority. It would allow Mr Morrison to scrap any agreement that universities or his fellow national cabinet members have signed with foreign countries, on the grounds of national security.

While it would cover deals signed with any nation, this is really only about one. The Prime Minister's growing concern about China's influence in Australia is no longer being left to backroom discussions between diplomats. His backing of the international inquiry into the origins of the coronavirus pandemic, and warnings of "foreign" nations using cyber attacks on Australia are just two of his recent public declarations that make it clear Mr Morrison is not always going to play nice. Nor should he. 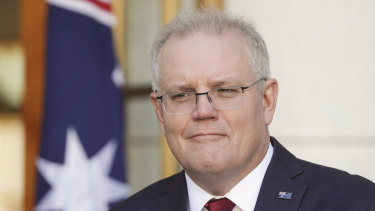 While China's embrace of capitalism had many hoping its global outreach would steer it towards becoming a pluralist democracy, President Xi Jinping has ensured that its authoritarian ways are here to stay, as demonstrated by China's crackdown on opposition groups in Hong Kong.

It's at this thorny juncture that Australia now finds itself. While the economic benefits of dealing with China are enormous, navigating a diplomatic path of opposition to Beijing's autocratic tendencies is no easy task. The communist state is nothing but forthright in its hostility to anyone it views as interfering in its affairs.

While standing up to China is mostly a headache for the federal government, it is right that the relationship should be managed at this level. Access to intelligence and diplomatic input means it is the only government well enough informed to do so in a balanced manner.

As it stands, the two-track relationship has left it open for other levels of government and universities to reap the economic benefits while largely ignoring the diplomatic pitfall and rarely raising concerns about China's more troublesome activites.

The most obvious example is Victoria's signing on to China's Belt and Road Initiative. For President Xi, the enormous global infrastructure project is a signature policy that unites all of Beijing's efforts to exert its influence around the globe. For Victoria, it is a ticket to trade, cultural and development deals that offer a huge financial upside.

When asked about Mr Morrison's plan to run a ruler over such agreements, a clearly unhappy Mr Andrews was adamant that signing onto the initiative was all about bringing jobs, trade and other economic benefits to the state. The deep financial woes most universities are facing during the pandemic starkly illustrate how reliant they have become on foreign students, many of them from China. When asked about the possible fallout the deal may have on Australia's national security, the Premier had little to offer beyond assurances that it would do no damage.

At a time when governments at all levels will be using every lever at their disposal to bring the economy back to life, the threat of Mr Morrison cancelling agreements with the world's second biggest economy will send shivers down many treasurers' spines.

Note from the Editor

The Age’s acting editor, Michelle Griffin, writes a weekly newsletter exclusively for subscribers. To have it delivered to your inbox, please sign up here.

But if Australia is to hold its head up when confronting China about its territorial ambitions in the South China Sea, its actions in Hong Kong and Xinjiang, or its attempts to influence Australia’s political and university systems, then the federal government must take the lead in ensuring that agreements with China are not undermining its ability to take a stand on such important issues.