MANCHESTER UNITED have lost their place as the holders of the most-lucrative shirt sponsorship deal in world football.

On Friday, the Red Devils announced global technology company TeamViewer will be their new shirt sponsor. 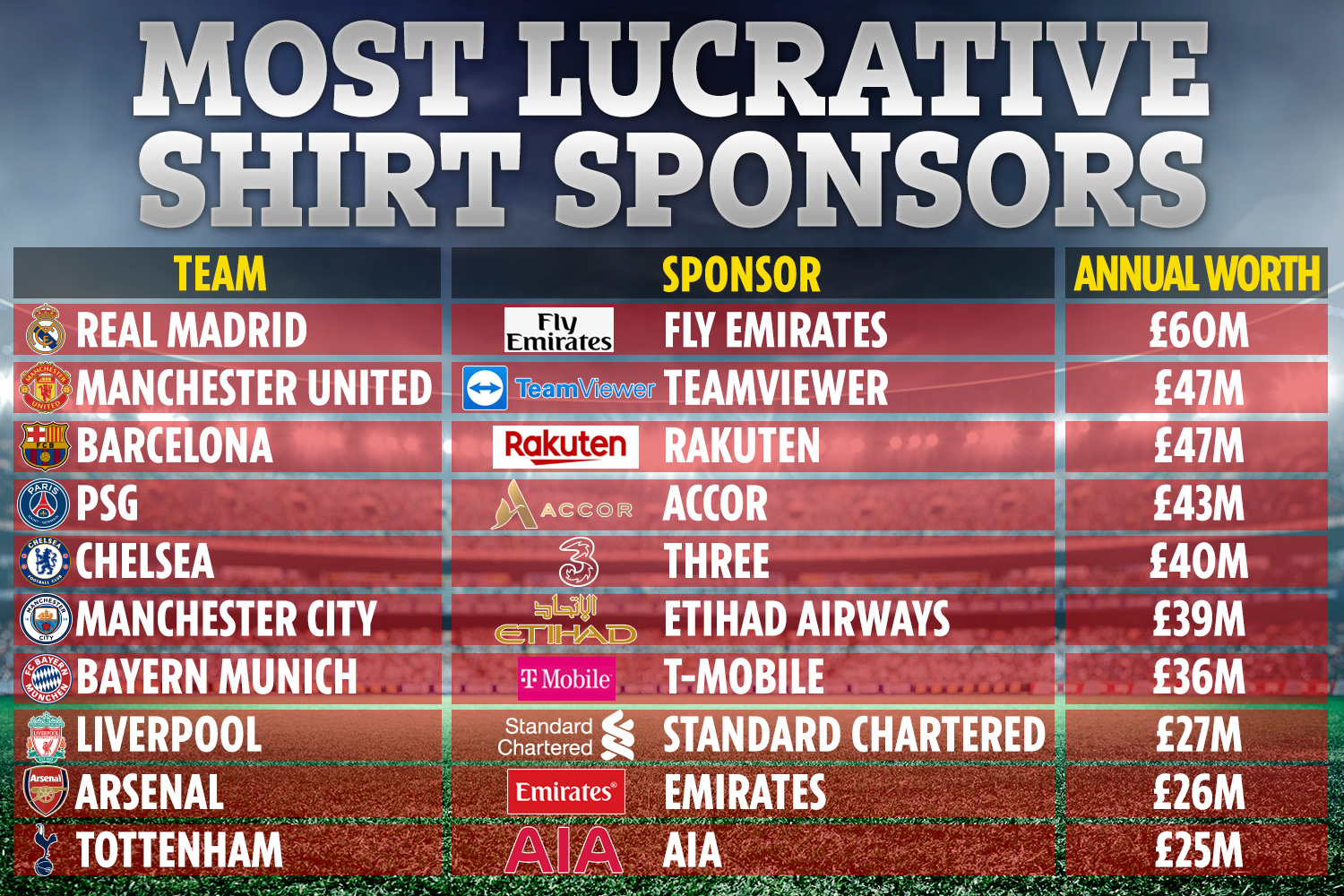 The two parties agreed to a huge five-year deal worth £235million.

However, the bumper deal is worth £16m LESS per year than former partners Chevrolet.

That means Man Utd have dropped below Real Madrid as the owners of the most-valuable shirt deal in the world.

Until this year, that fee was even higher – at £64m – with the figure dropping after United agreed to extend the deal until the end of 2021 with potential suitors scared off by the coronavirus pandemic.

Unfortunately for the Old Trafford giants their deal came to an end at an awful time, with companies – and football in general – hit hard by Covid.

United will therefore be thrilled to have agreed to a deal worth £47m per year with TeamViewer.

The Red Devils may have dropped down the rankings, but not by far – now joint-second with Barcelona, whose deal with Rakuten is also worth £47m annually.

Paris Saint-Germain sit marginally behind them in fourth, with their contract with Accor valued at £43m per season.

An incredible five of the next six clubs hail from the Premier League.

Chelsea's deal with Three sees them take home £40m per season – good for fifth on the list.

Bayern Munich come in seventh, with their partnership with T-Mobile worth £36m per season.