Home » Lifestyle » Most of the world's 58,000 biggest dams are crumbling, report warns

Most of the world's 58,000 biggest dams are crumbling, report warns

Most of the world’s 58,700 biggest dams are crumbling and could release enough water to fill the Grand Canyon TWICE if they collapse, report warns

From the Hoover Dam in Arizona to the Inguri Dam in Georgia, many of the world’s most famous dams are risk of collapsing, a worrying new report has warned.

However, most were only designed to last for 50 to 100 years, meaning they are now reaching the end of their lifespans.

Worryingly, if these dams did collapse, they’d release up to 8,300 cubic kilometres of water – enough to fill the Grand Canyon twice over.

The researchers hope the findings will help policymakers when deciding what to do about ageing dams. 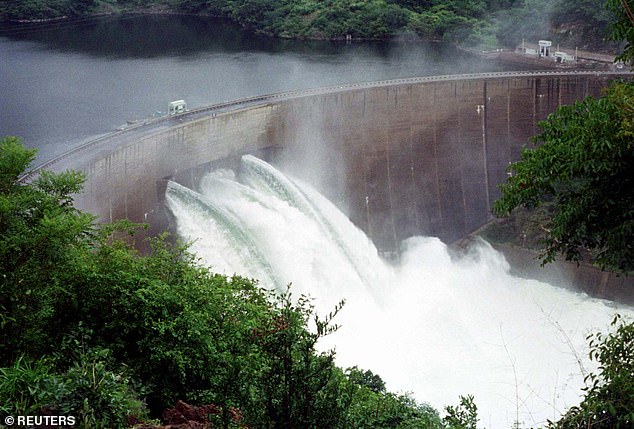 A new report has warned that most of the 58,700 largest dams worldwide were constructed during this time, and are risk of collapsing. Pictured is Kariba Dam on the Zambezi river

In the study, researchers from the UN University Institute for Water, Environment and Health (UNU-INWEH) looked at the age and state of the largest dams around the world.

Beyond this point, these dams ‘would probably begin to express signs of ageing’, according to the researchers.

Duminda Perera, a senior researcher at UNU-INWEH, and lead author of the study, said: ‘This problem of ageing large dams today confronts a relatively small number of countries – 93% of all the world’s large dams are located in just 25 nations.

‘Large dam construction surged in the mid-20th century and peaked in the 1960s – 70s, especially in Asia, Europe and North America, while in Africa the peak occurred in the 1980s. The number of newly-constructed large dams after that continuously and progressively declined.’

Worldwide, an estimated 7,000 to 8,300 cubic kilometres of water are stored behind large dams.

To put that into context, at the higher end of that estimate it’s enough water to fill the Grand Canyon twice over.

Vladimir Smakhtin, Director of UNU-INWEH and co-author of the study, said: ‘This report aims to attract global attention to the creeping issue of ageing water storage infrastructure and stimulate international efforts to deal with this emerging, rising water risk.

‘Underlined is the fact that the rising frequency and severity of flooding and other extreme environmental events can overwhelm a dam’s design limits and accelerate a dam’s ageing process.

‘Decisions about decommissioning, therefore, need to be taken in the context of a changing climate.’

While thousands of dams were built from the 1930s to the 1970s, dam construction has slowed in recent years, because ‘the best locations for such dams globally have been progressively diminishing as nearly 50% of global river volume is already fragmented or regulated by dams,’ the report says. 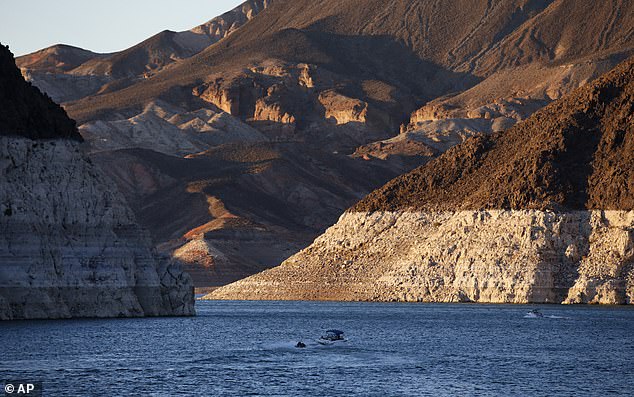 However, removing a dam is no mean feat.

Most dams removed to date have been small, with only a few known cases of large dams being removed in the last decade.

Professor R Allen Curry,  UNU-INWEH Adjunct Professor and co-author of the study, said: ‘A few case studies of ageing and decommissioned large dams illustrate the complexity and length of the process that is often necessary to orchestrate the dam removal safely.

‘Even removing a small dam requires years (often decades) of continuous expert and public involvement, and lengthy regulatory reviews. With the mass ageing of dams well underway, it is important to develop a framework of protocols that will guide and accelerate the dam removal process.’

Overall, the researchers hope their findings will help aid policymakers when deciding what to do with ageing dams.

The report added: ‘It is not an easy process, and thus distilling lessons from and sharing dam decommissioning experiences should be a common global goal.

‘Lack of such knowledge and lack of its reflection in relevant regional/national policies/practices may progressively and adversely affect the ability to manage water storage infrastructure properly as it is ageing.’