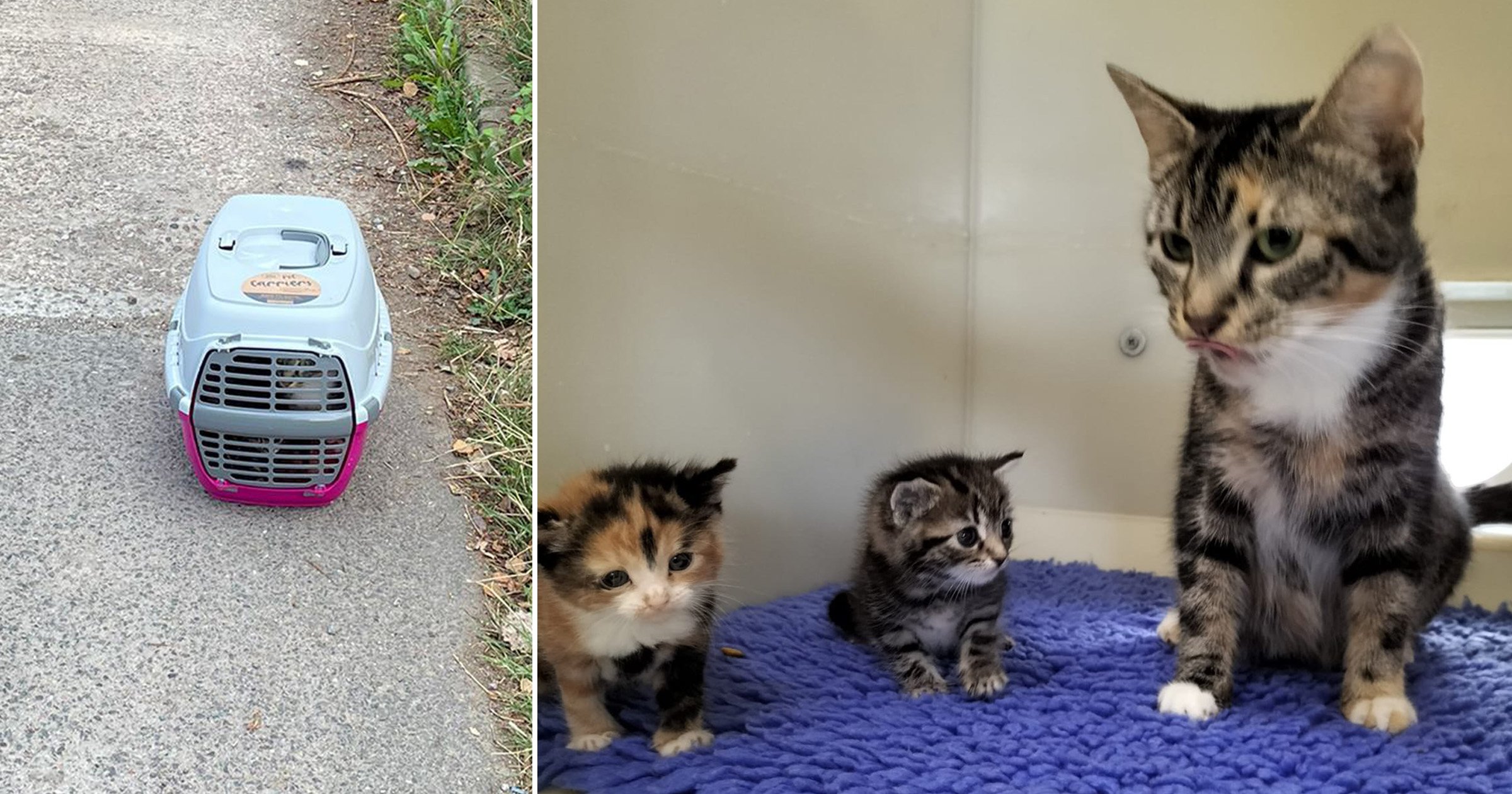 A family of flea-covered cats were dumped on the drive of an RSPCA centre, despite the fact the reception was open and operational at the time.

At roughly 4pm on Saturday afternoon, a plastic pet carrier containing a mother cat and three of her kittens was found on the driveway of the Coventry Animal Centre.

Tragically, one of the kittens didn’t survive.

Deputy manager Dave Budd said: ‘Despite our reception being open at this time, a man appeared to hide until a member of staff walked away from the area and then ran away after dropping the carrier.

‘We’re currently operating at full capacity and have a long waiting list of people patiently waiting for our assistance, most in desperate situations.

‘We cannot operate on a system where people suddenly dump animals on us. Our cattery is full and so are our foster spaces.

He added: ‘Thankfully, one of our experienced members of staff looked after the cats on Saturday night and sought advice from a vet but, sadly, one of the little kittens passed away.’

The surviving cats are now receiving treatment, with the mum – who staff have called Trinity – being underweight but feeding well.

She’s starting to perk up, and Dave said she ‘adores the kittens’ which have been named Madison and Navey.

He continued: ‘She rarely lets them roam far from her. Madison and Navey are doing well and, although they’re nervous of people, they’re coming around slowly.

‘We’d like to thank everyone who has donated to help us care for this little family and who has offered foster spaces; we’re incredibly grateful, and we couldn’t do the vital work we do without the amazing support from the local community.’

RSPCA Branches up and down the nation are reporting being totally full due to an increasing need for rescue spaces.

This comes as new figures released by the charity show the number of animals being abandoned rose by a concerning 17% from 2020 to 2021.

There was already a further increase of 24% in the first part of 2022, which is why it has launched the Cancel Out Cruelty campaign to raise funds to help animals in desperate need.

The RSPCA Animal Kindness Index found that 68% of people were concerned that the cost of care was increasing, while 19% were worried about how they’ll afford to feed their pets.

That being said, no matter how tight money is, animals deserve so much better than being left by the side of the road like garbage.

Dave said: ‘We will work with people in all situations, but we cannot create spaces that we simply don’t have at our centre.

‘We’re suffering the same pressures every other rescue in the country is currently facing. Please don’t abandon animals on our doorstep; speak to us if you are in need, and we will try our best to assist you.’