The mother of murdered toddler James Bulger has revealed her heartbreak at cancelling charity events to mark her son’s 30th birthday following the lockdown.

Denise Fergus, 52, from Liverpool, Merseyside, has been forced to postpone the Black Tie and Tiara Ball to commemorate her son’s milestone birthday because of the coronavirus restrictions.

Mother-of-three Denise told how The James Bulger Memorial Trust, set up following her son’s brutal murder in 1993, has been hit hard by the pandemic. 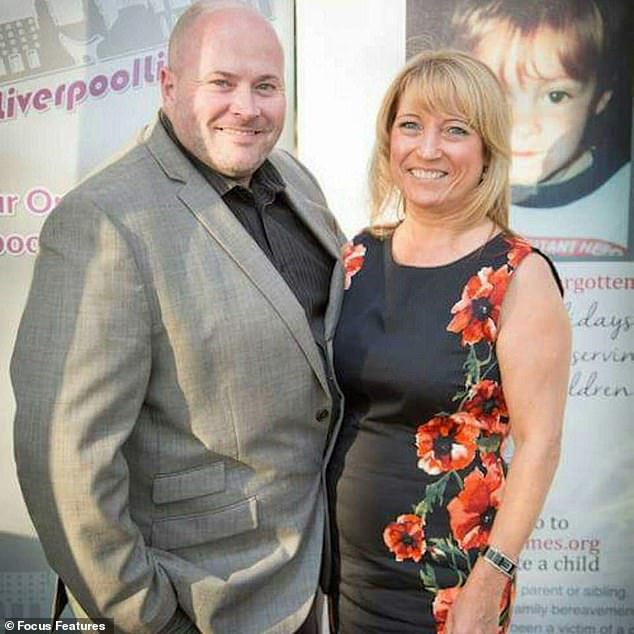 Denise Fergus, 52, from Liverpool, Merseyside, alongside her husband Stuart Fergus

Speaking from her home, where she is self-isolating with husband Stuart and their sons Thomas, 21, and Leon, 20, Denise said: ‘The charity, like a lot of other charities, has been hit hard by the coronavirus crisis.

‘The future is uncertain for everybody and for all families up and down the country, every penny counts.

‘James’s charity raises so much money for disadvantaged children. It is heartbreaking to have to cancel like this especially after we had to call off our Kid Fest event last year, due to the floods that hit the country.’

However trust ambassadors and reality stars Ray Quinn and Liam Halewood have organised an online concert to be streamed on the charity’s Facebook page tonight at 5pm. 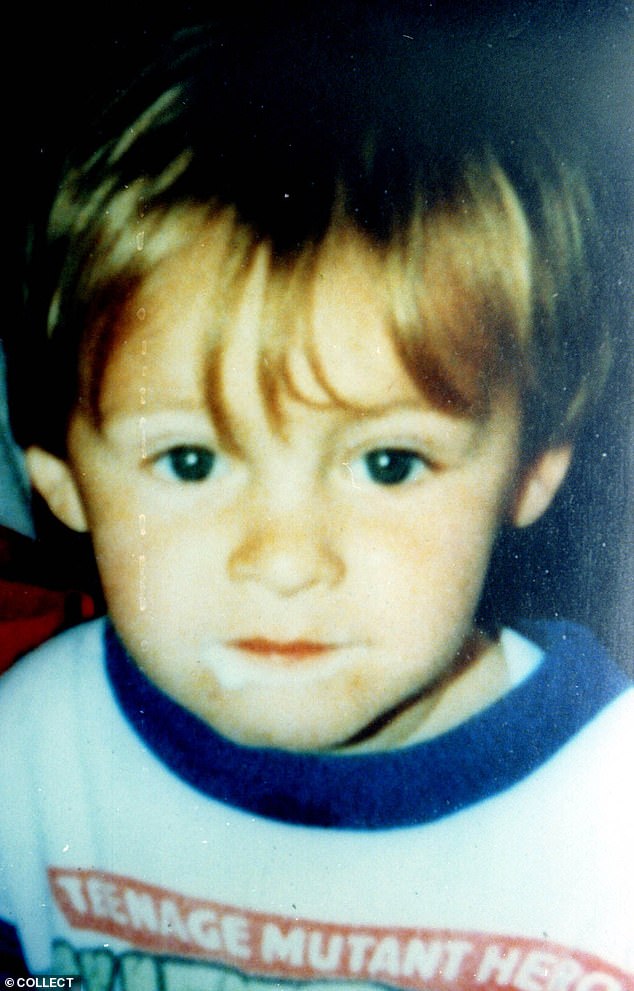 Two-year-old James (pictured) was killed in February 1993. Denise and her family have worked tirelessly to help other families in his name through the work of The James Bulger Memorial Trust

Denise said: ‘We are so thrilled that Ray and Liam have given up their time to entertain us and help keep people’s spirits up.’

Cabaret singer and Boy George tribute act, Liam Halewood, from Blackpool, was due to perform at the annual ball and has since co-organised the virtual concert.

He said: ‘When I first met Denise, I was so inspired by her strength that she along with her partner decided to set this charity up, in honour of her son who was taken so tragically.

‘Singing from home seems to be the only way we can continue to raise money at the moment, so when the idea of a mini Facebook concert alongside Ray came about, I jumped at the chance. 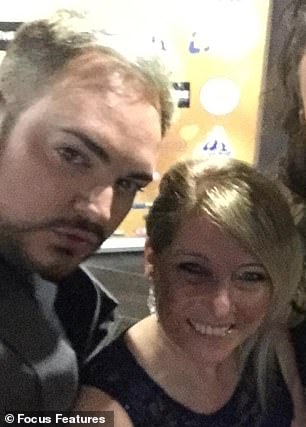 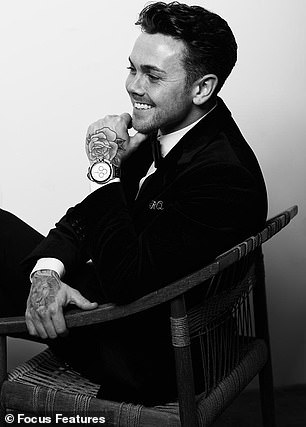 ‘The trust does magnificent work, and this is an opportunity to stay in touch and get some money in the pot so we can carry on giving free holidays to deserving families around the UK.’

Denise’s husband, Stuart Fergus, 44, added: ‘We had so many things planned for this year to mark what would have been James’ 30th birthday, but sadly with everything that’s happening in the world it looks like all our time and energy planning these events have been wasted.

‘We rely on funds from these events to keep going and sadly, as we’re not a frontline service, we can’t get any help.’

Former X-Factor finalist and actor Ray said: ‘It’s a pleasure to be involved with a worthy charity and I am honoured to be an ambassador.

‘Here’s a little chance to stay positive in these uncertain times and continue to support one and all.’ 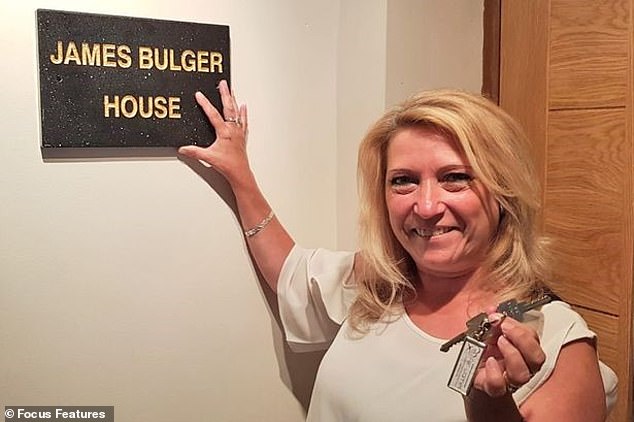 Two-year-old James was killed by Jon Venables and Robert Thompson, both aged 10, on February 12, 1993, after the pair snatched him from his mother in a Liverpool shopping centre.

And since James’ death, Denise and her family have worked tirelessly to help other families in his name through the work of The James Bulger Memorial Trust.

The charity supports young people who are disadvantaged through bereavement, crime, hatred or bullying, by providing family holidays and fundraising events throughout the year.

Denise, who wrote her own account of what happened in her book ‘I Let Him Go’, said: ‘I think the word ‘celebration’ is the wrong choice of word. 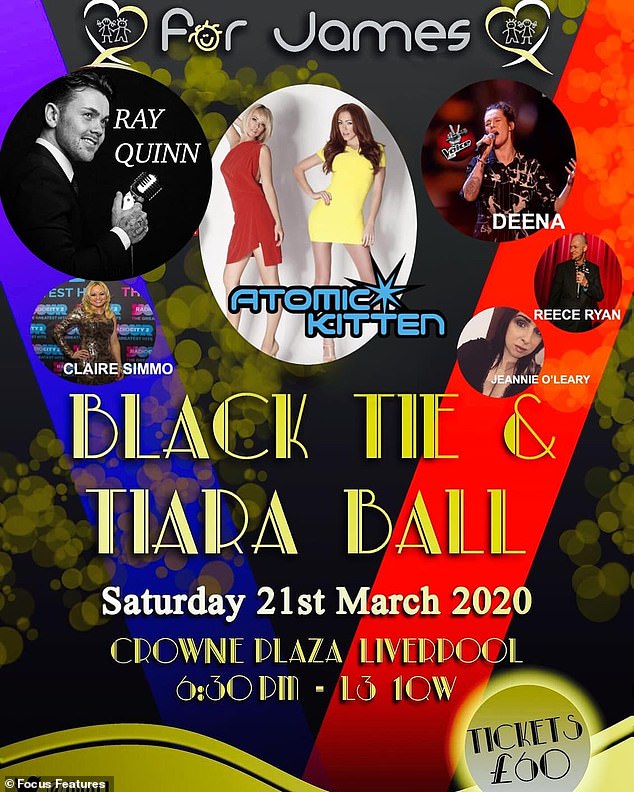 ‘It would have marked what would have been James’s birthday, but it wasn’t to be. The charity will bounce back next year.

‘My little boy would have been thirty years old this year and not a moment goes by without me thinking of him.’

The livestream of the concert can be watched on the charity’s Facebook page tonight at 5pm.

And to find out more about The James Bulger Memorial Trust, book tickets for an event or to donate, visit the website.