What the first moments of motherhood are REALLY like: Women reveal their complex emotions from feeling judged by nurses to mourning their old life – and some admit they felt nothing

Many mothers share snaps of joyous first moments with their newborn on social media, but some have confessed their own experiences were not suitable for camera.

Writing on anonymous sharing app Whisper, women from around the world have revealed how they felt during the first day of motherhood.

One woman said she felt judged by the hospital nurses for deciding not to breastfeed after having an emergency c-section and a rough night.

Meanwhile, others admitted they felt terrified after experiencing trauma – including one mother who spent over 40 hours in labour and spent the first night worrying because her daughter was born prematurely. 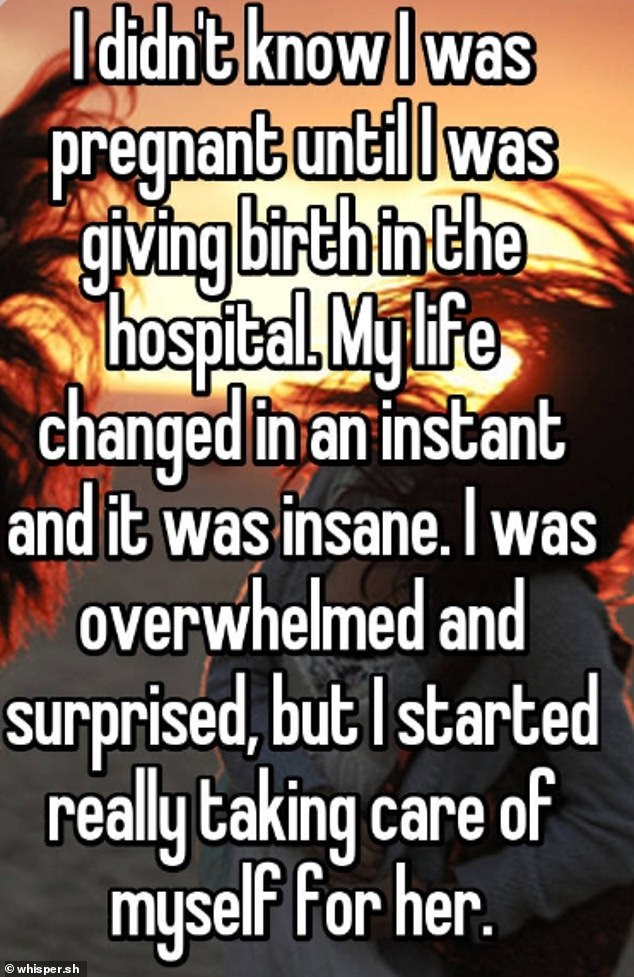 Mothers from around the world revealed how they felt within the first few hours of giving birth, including an anonymous parent, from an unknown location, who didn’t know she was pregnant until she was in labour 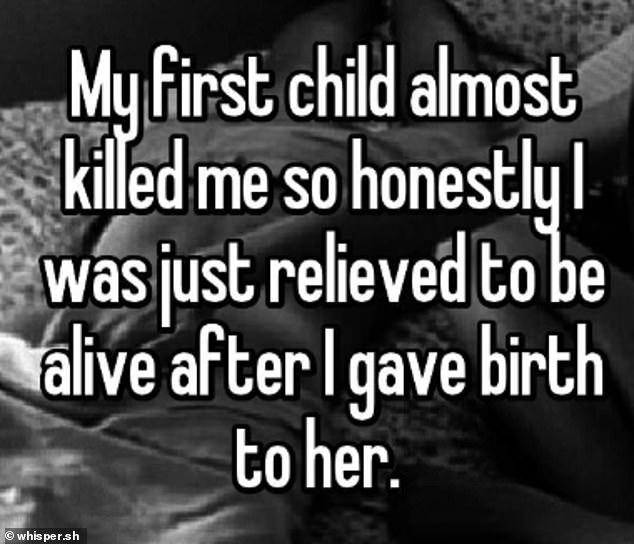 A mother, who lives in Kentucky, said she felt relieved after giving birth because she almost died in the process 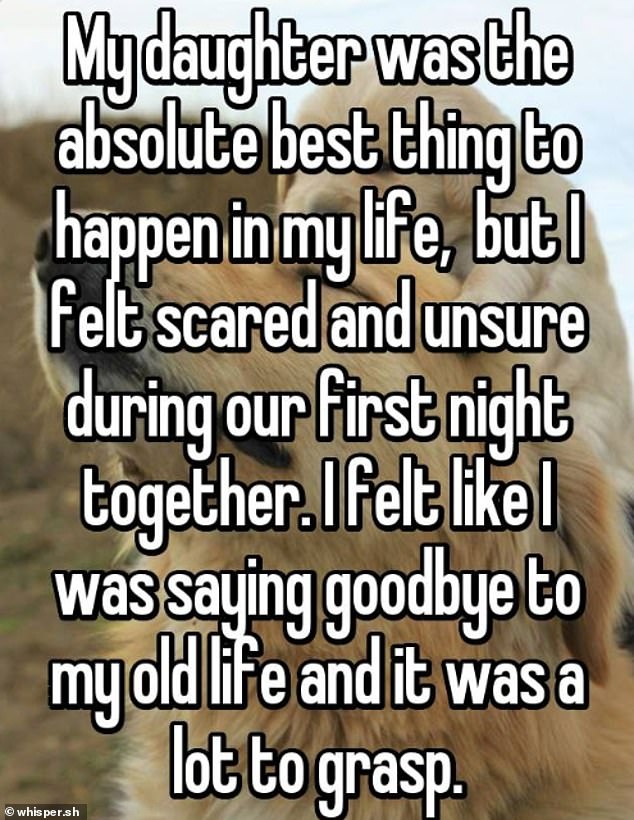 One woman, who is believed to be from America, confessed she felt scared on the first night with her daughter because it felt like she was saying goodbye to her old life 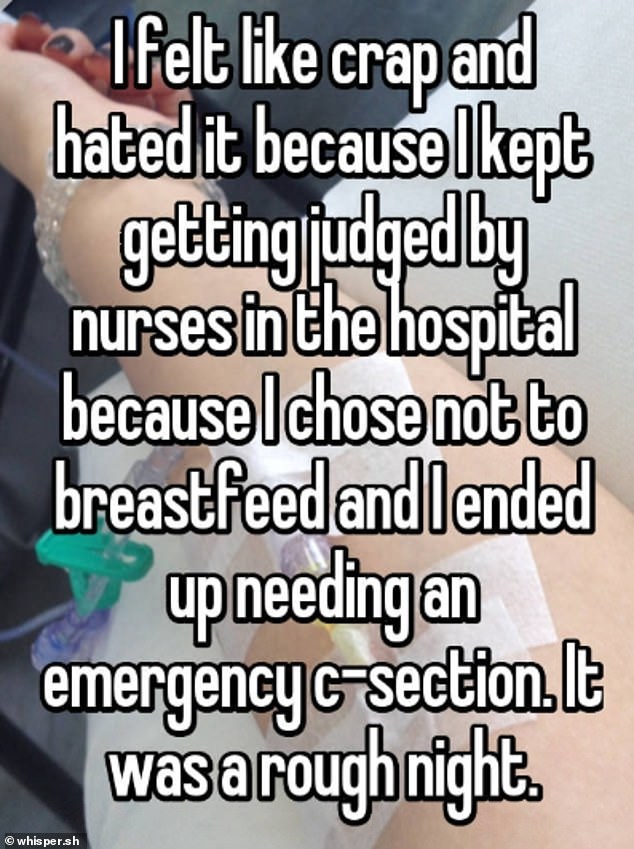 Another anonymous woman, from an unknown location, said she felt judged by the nurses in her hospital for not breastfeeding 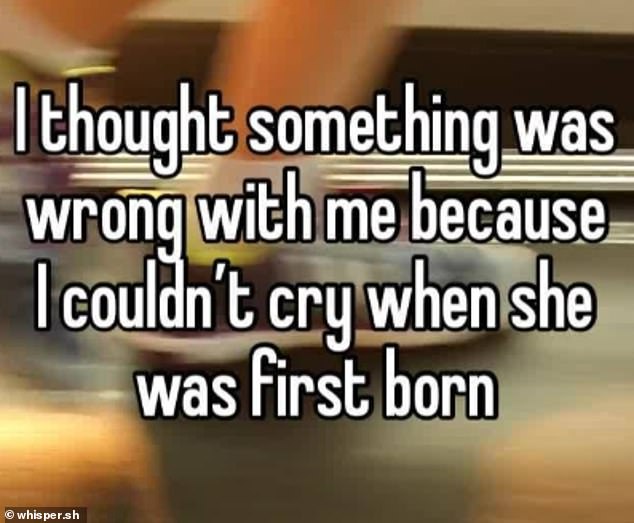 A woman, from Connecticut, confessed she felt like something was wrong with her because she couldn’t cry when her daughter was born 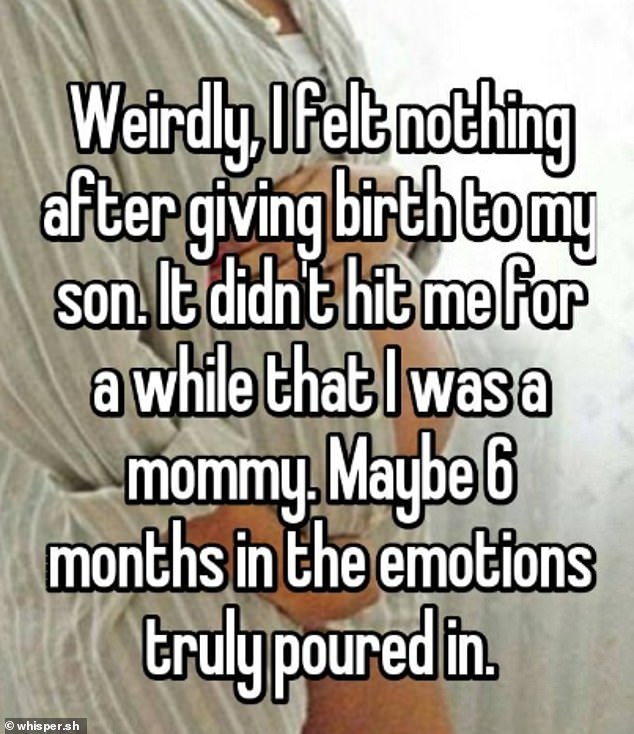 One woman, who lives in New Mexico, revealed she didn’t have any emotion for the first six months after her baby was born 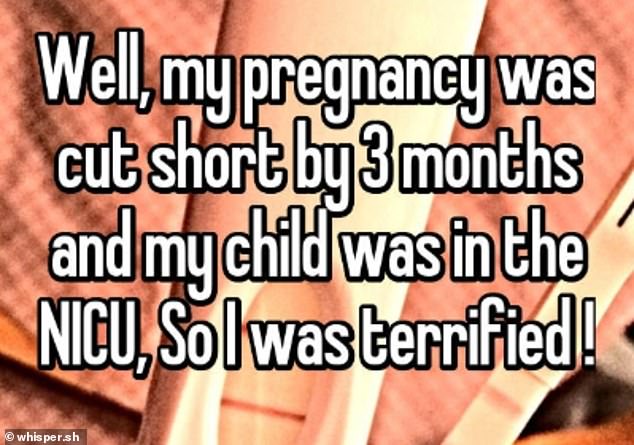 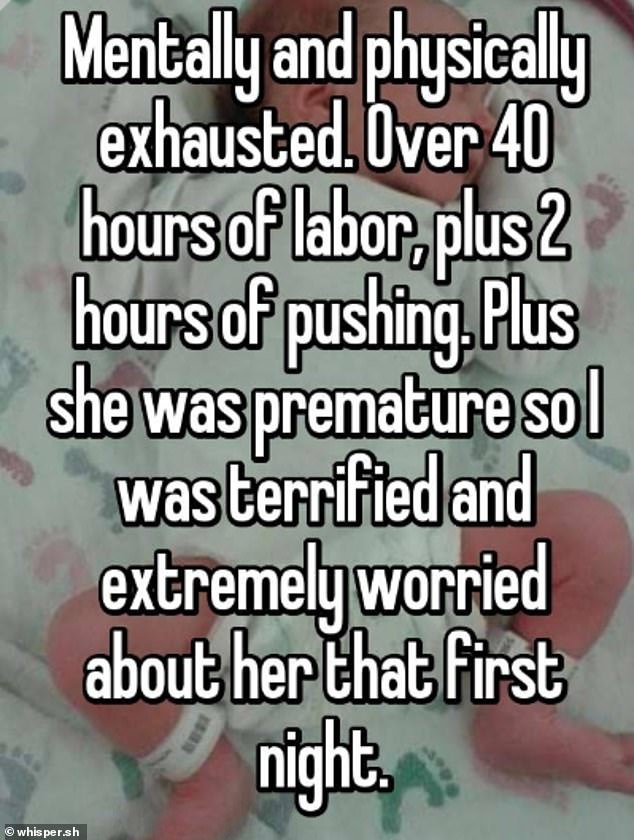 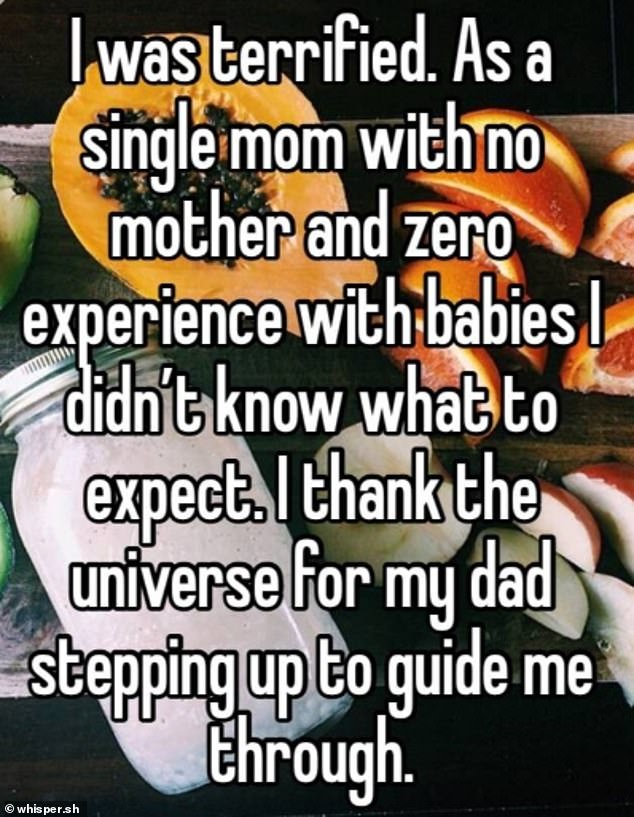 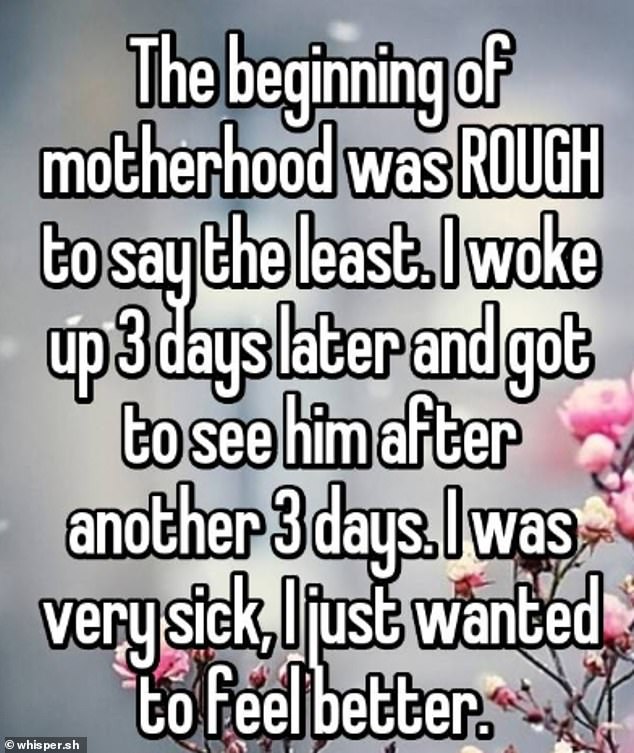 One anonymous mother, from an unknown location, said the first few days after giving birth were rough because she was very sick and unable to see her child for three days 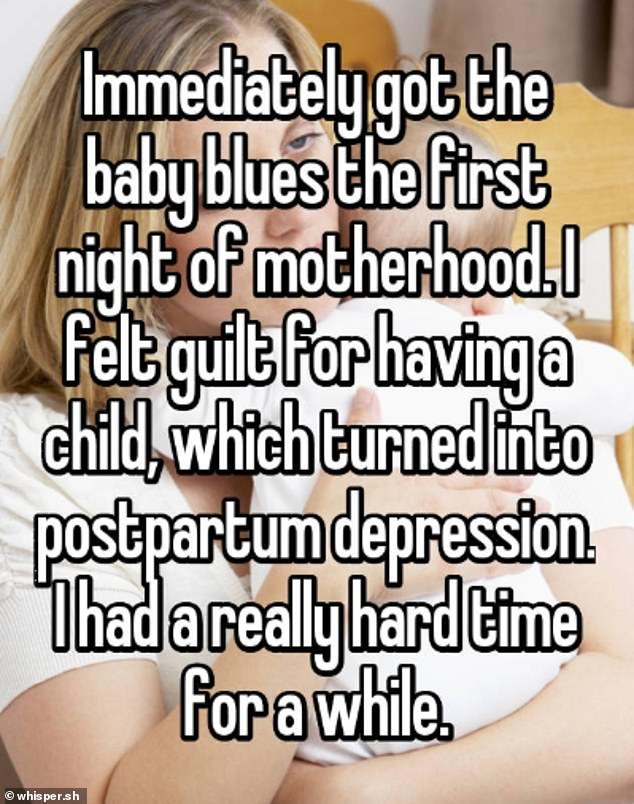 Another mother, from, an unknown location, revealed she developed postpartum depression after feeling guilty for having a child 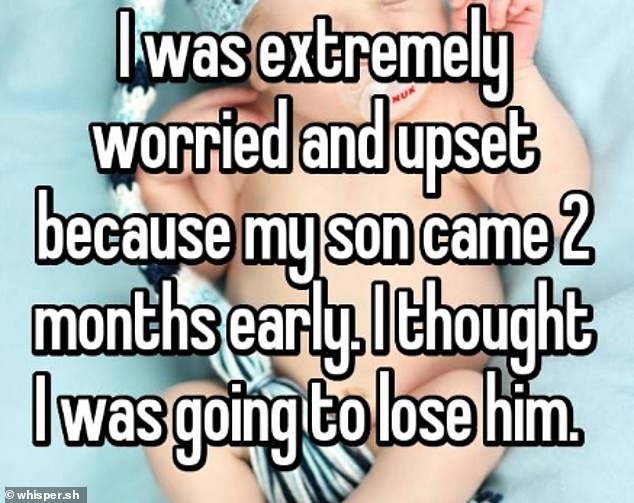 A woman, from an unknown location, who gave birth two months early, said she was worried that her son wouldn’t survive 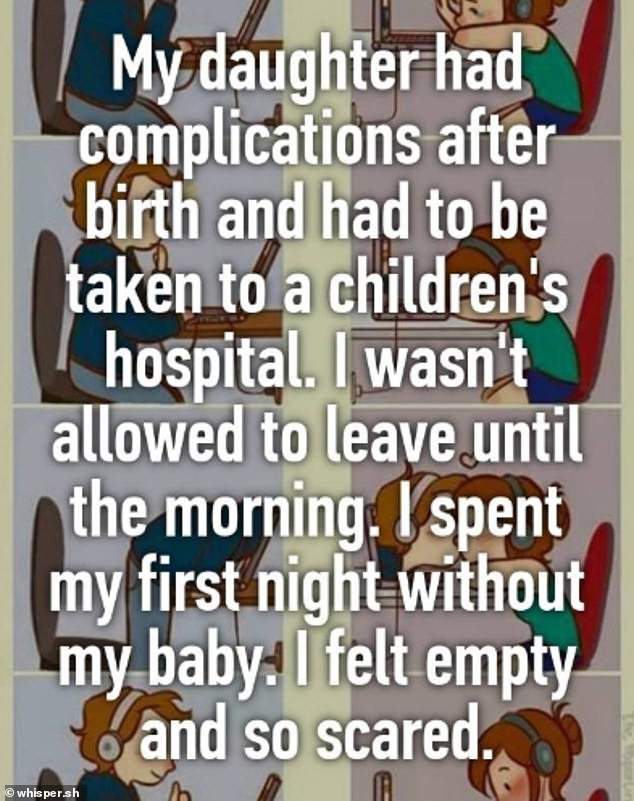 Another woman, believed to be from America, spent her first night of being a mother scared after her baby was taken to a children’s hospital