WE’VE all attempted to dye our hair at home with varying degrees of success, with DIY jobs soaring in popularity due to the lockdown.

You usually have to sacrifice a towel and an old T-shirt, and spend some time scrubbing your bathroom afterwards. 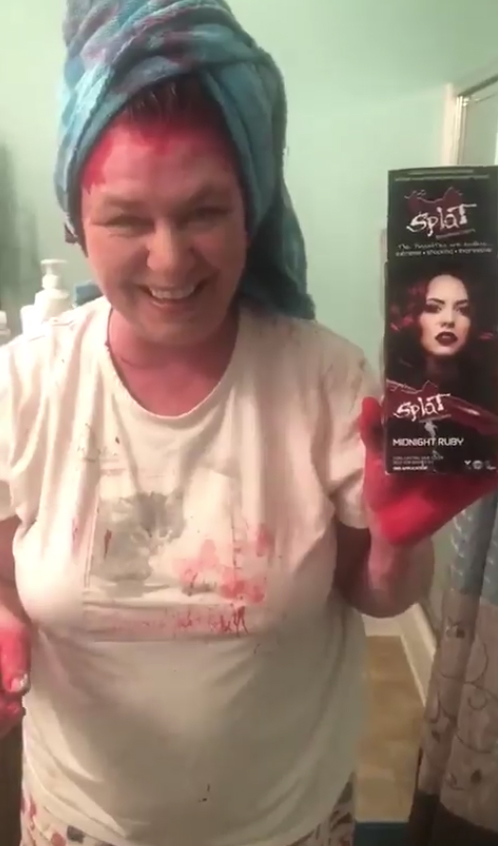 But one mum’s attempt to get glossy red locks backfired so badly she had to head to the local car wash to rinse her hair.

She used a bright red box dye, but ended up getting it all over her hands and head – and not to mention her outfit is probably ruined.

Realising her terrible mistake, to stop her bathroom looking like a murder scene she enlisted the help of her two sons to take her to the local carwash, while wearing a bin bag.

She shared her hilarious blunder to TikTok, saying: “I wanted to look like midnight ruby”, while holding up the box of dye. 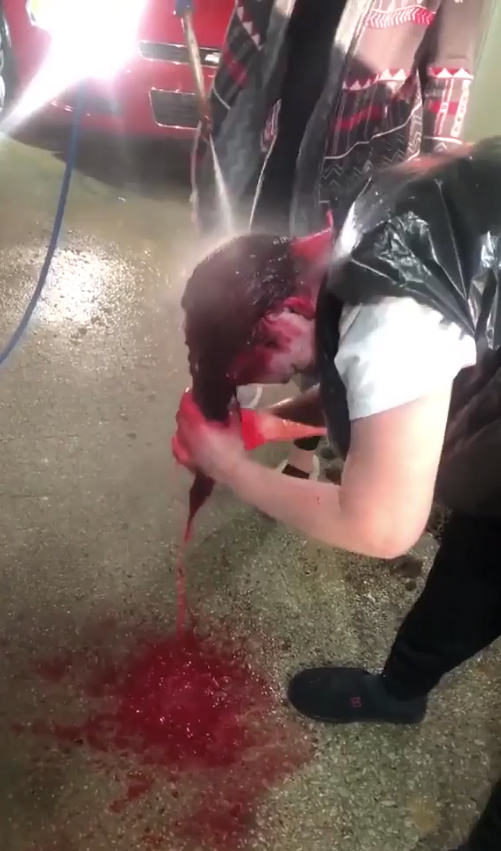 Vote for your Fabulous Mum of the Year and WIN

Do you know a mum who deserves some extra recognition? We want to pay homage to the best mums in Britain.

During the pandemic they’ve been busy juggling childcare, homeschooling and work, with the added stress of worrying about the health of elderly relatives and vulnerable friends.

It’s never been a harder time to be a mum, so this year it’s even more important to honour the amazing women in our lives.

Nominate her for our Fabulous Mum Of The Year Award and she could win an overnight stay for two at a Champneys spa of her choice complete with a Gold package, which includes four relaxing treatments for the ultimate pampering experience.

Two runners-up will Champneys goodie bag worth £50 plus a £100 M&S voucher and £200 Nutmeg at Morrisons voucher, and all three mums will enjoy a makeover with our glam squad before taking part in a photo shoot for the magazine.

If you want to nominate a mum then fill in the form here.

To enter, upload a photograph of the mum you are nominating and explain why they deserve to win.

The deadline for entries is Sunday February 14 and one winner and two runners-up will be announced on Sunday March 14. Good luck – we can’t wait to hear from you!

Her son asks her where they’re going, as she sorrowfully replies: “To the car wash.”

One son drove her, while the other blocked them in with their car at the other end – so strangers wouldn’t see her washing her hair with the jet wash.

Filming her with a towel on her hair, one of her boys said: “Mama looking fresh as always.” 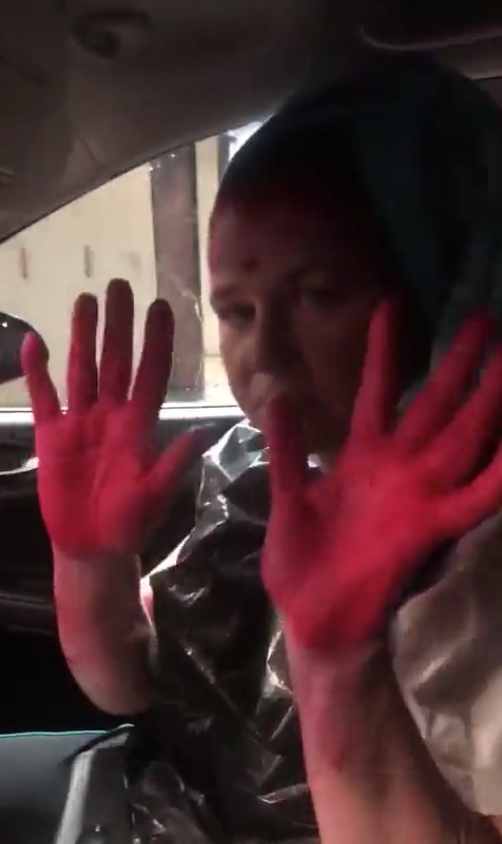 With both cars in place, she jumped out in her pyjamas – in 4C weather – while her sons hosed her down and attempted to get the worst of the dye out.

Luckily they dried her off with the industrial heaters too, as the mum admitted: “I’m so cold.

“I have many regrets.” 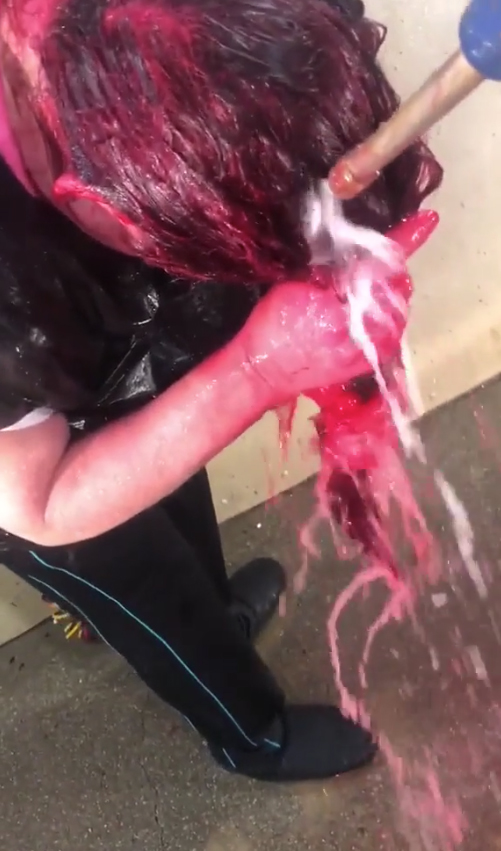 Her son chats to another driver, before saying: “Let’s get out of here before people start asking questions.”

Her boys film the floor of the car wash, which is now covered in red splatters after washing her hair.

The clip, which she dubbed ‘the salon experience’,  has racked up more than one million views, as people found the mishap hilarious.

One person said: “Someone’s going to pull up and think a murder happened.” 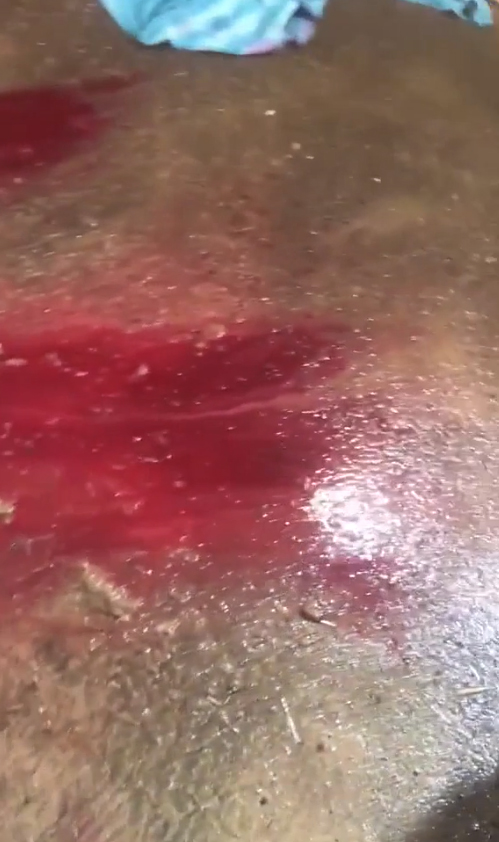 Another thought: “This is smart as hell.”

A third commented: “Why didn’t I think of this.”

This person joked: “Thank goodness you didn’t get caught red-handed.”

And someone else thought: “Looks like a murder scene at that car wash.” 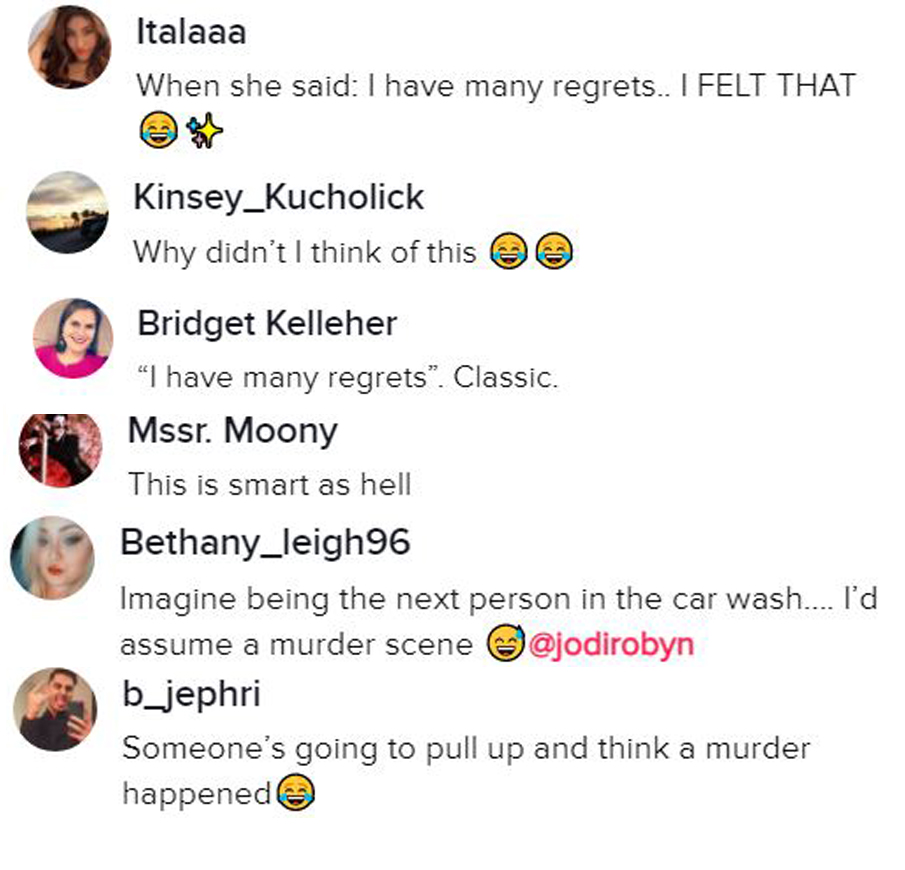 And here's how to get hair dye off skin using household ingredients from baby oil to toothpaste.

While this woman takes her hair extensions out with her dad’s pliers during lockdown – and is horrified with the end result.