Home » Lifestyle » My generation yearns for a love like our parents

My generation yearns for a love like our parents

‘Believe it or not, my generation yearns for a love like our parents’: Millennial author raised in a world of online dating and instant gratification on why she wants something more meaningful

Three years ago, my parents held a dinner to celebrate their 30th wedding anniversary and my older brother, who was about to marry his high-school sweetheart, asked the secret to their success.

I’ll never forget Dad’s response: ‘There is much to be said for being both soulmates — and cellmates.’

At the time, I was 24 and like many of my generation had been in and out of unsuccessful relationships for years. It dawned on me, that evening, that what I wanted was exactly what my parents have. But what did he mean by ‘cellmates’? 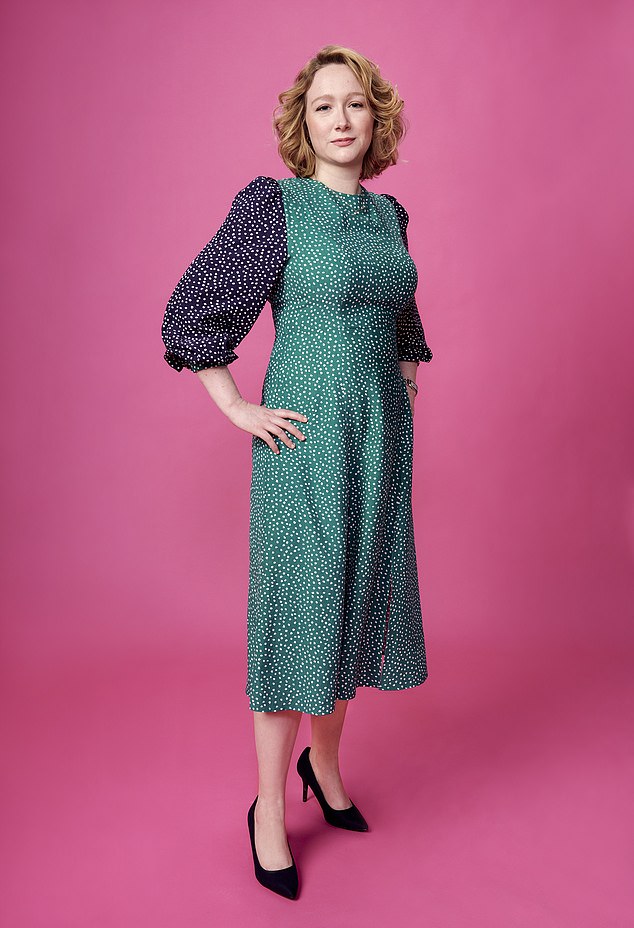 Author Abbie Greaves said at her parents 30th wedding anniversary three years ago, it dawned on her that she wanted exactly what her parents had

Dad has a remarkable talent for speaking in his own proverbs. So naturally I asked Mum, and she said: ‘The spark is important; but so is a mutual desire to go the distance.’

That night, as I lay scrunched in my childhood single bed, I wondered if this was where I was going wrong.

Like many people of my age, my hunt for love had focused more on the ‘soul’ than the ‘cell’, prioritising exciting initial connection over solid future plans. I had always assumed the desire for commitment would someday miraculously materialise without me having to think about it.

As a millennial, I’ve lost track of the times I’ve been reminded by those ‘older and wiser’ that my romantic woes stem from living in an age of instant gratification. And that my difficulties in sustaining a relationship can be traced back to dating apps which let me select my next fling with less effort than it takes to order a pizza.

Of course, not everyone is even looking for their monogamous happily-ever-after. But for those millennials who are — and I am one of them — I don’t believe we are less hungry for commitment than any other section of society.

The issue is that modern life isn’t set up to show you how to do anything long-term, let alone relationships. And I was learning that first-hand.

If I had to pinpoint one unifying characteristic among my choice of suitors on Tinder or Bumble, it would have been a sense of fun. I was drawn to men who made me laugh or who suggested unusual dates such as playing pétanque in Holborn or an after-hours disco in The Science Museum. Yet nothing seemed to progress past the second or third date.

Part of me wonders whether opting for short-term prospects was our mode of self-preservation against the brutality of modern dating. Ghosting — where one party stops replying to the other — is par for the course.

And if you’re lucky enough to get a text back, make sure you aren’t being ‘breadcrumbed’ (that’s sending enough messages to keep someone interested) or ‘benched’ (putting someone in the maybe pile, while keeping your options open) or whatever fresh hell is the latest trend.

Mum saw straight through my excuses, and told me I was dismissing the good men too soon in favour of high jinks.

‘Think about the sort of man you want to wake up with in ten years’ time,’ she told me, during our weekly telephone conversation-turned-counselling session.

At first, her advice went down like a lead balloon. I could barely visualise next month, let alone ten years. I huffed my goodbyes and returned to swiping at men who listed their interests as ‘Banter, Beers and Balham FC’. 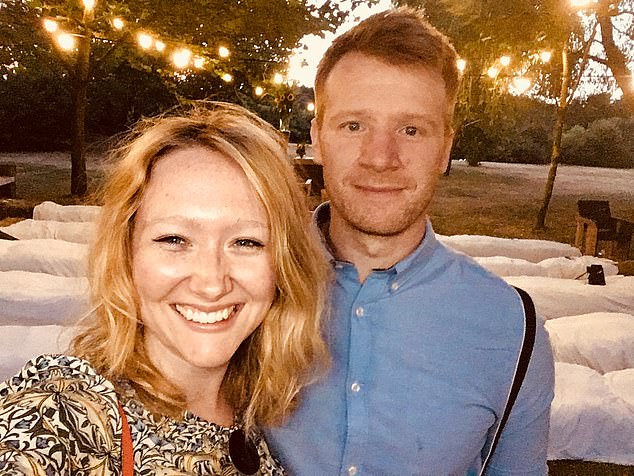 Perfect match: Abbie and her partner John. Abbie said it took a while to work out why John seemed so different to all the others

I wanted a man who would remember small details I had mentioned in texts and accept my quirks; for example, I always carry around two large, heavy bags (who knows what I might need?) and I’ll fall asleep within five minutes of putting on any film.

But I knew I wasn’t being unreasonable because these were the qualities I had grown up observing in my own parents’ marriage. On paper, they are chalk and cheese. Mum, a commercial lawyer, is terrifyingly efficient; she whisks through a three-page to-do list by 9am and has never been known for her ability to relax.

By contrast, Dad, a scientist, is a scatterbrain. But together, they are the perfect balance.

Growing up, I watched them show their love through patience, support and kindness. When my mum needed two joint replacements in two years, Dad was never far from her side, doing the chores, and still they were laughing more than any other couple I knew.

Their 30th anniversary was the final straw, and afterwards I decided to press pause on my dating apps. There was just one conversation to tie up, with a man I had been speaking to on Bumble every day for a few weeks, growing increasingly confused as to why he’d neither asked me out nor stopped replying yet.

In a fit of madness, I took the plunge and asked John if he wanted to meet IRL (in real life). I wasn’t even sure if he would turn up. It didn’t help that I was 15 minutes late leaving my work at a literary agency, and my phone was buried so deep in one of my handbags I couldn’t even call him.

Miraculously, John hadn’t fled. Over pints in a dodgy boozer, we discussed everything from work to families to whether or not a Staffy would be a good first dog.

He was undeniably attractive — with a strong jawline, thick auburn hair and the physique of someone who used their gym membership. But it took a while to work out why he seemed so different to all the others.

He listened and he genuinely thought before he spoke. There was no game-playing either. Before I boarded my bus home, he asked if I’d like to have supper in a week’s time, cutting out the anxiety of waiting for a text.

That night, I didn’t sleep. I felt both bewildered and as if I had finally come home. I tried to list all the qualities in my date which made me feel this way — his patience, his kindness, his complete lack of pretence. Then it hit me: this was the sort of man I could see myself with ten years from now.

I reflected on how my priorities had changed. Or had they? Through meeting John, I finally understood that my previous stop-gap dating had been more about guarding my heart from the brutal modern dating scene than it ever had been about my taste in men. He was wittier and far more fun than anyone I had been out with before.

He also had the other, more steadfast qualities — honesty, respect, trust — that I wanted.

John was an undeniable hit with my nearest and dearest. Mum was insistent that I didn’t ‘put the young man off’. My friends invited him to everything.

We’ve now been together for three years and I’m the happiest and most confident I’ve ever been. We’ve moved in together and are planning on buying our first place and getting that dog we talked about on our first date.

As for me, I’m so glad I took a punt on the final ‘candidate’ on my dating app, even if it does give Mum the opportunity to say ‘I told you so’ with infuriating frequency.

With John, I let down my defences. And I might have found a love as real as my parents’.