A total shock. Julia Haart was fired from her position at estranged husband Silvio Scaglia Haart‘s company in the midst of the couple’s split.

Employees at Elite World Group received a memo on Wednesday, February 9, announcing that Paolo Barbieri will replace the fashion designer, 50, as CEO of the business, Us Weekly can confirm.

“She was completely blindsided by the firing,” an insider exclusively tells Us. “She received no reasoning and was simply let go on presumably the basis of divorce.”

The former La Perla creative director filed for divorce from the businessman, 63, on Wednesday after two years of marriage. After the couple tied the knot in 2019, the entrepreneur named his wife co-owner and CEO of EWG. He also took her last name.

“The action taken to remove Julia Haart from her position as CEO was unauthorized and of no legal effect,” a lawyer for the My Unorthodox Life star told Us on Thursday, February 10. “She is a 50 percent owner of the business and was one of the two directors. Unfortunately, this comes at a time when Julia and Silvio are in the beginning of divorce proceedings. Julia will enforce all of her legal rights and remedies.”

The first source adds that the Netflix personality is “working with her attorney to see what can be done” about her unplanned exit from EWG, where she “worked tirelessly” to help the company grow “day in, day out.”

“They were in the process of divorcing amicably and talked every day,” the insider tells Us. “To use that as retaliation to try to push her out of the company is sad.” 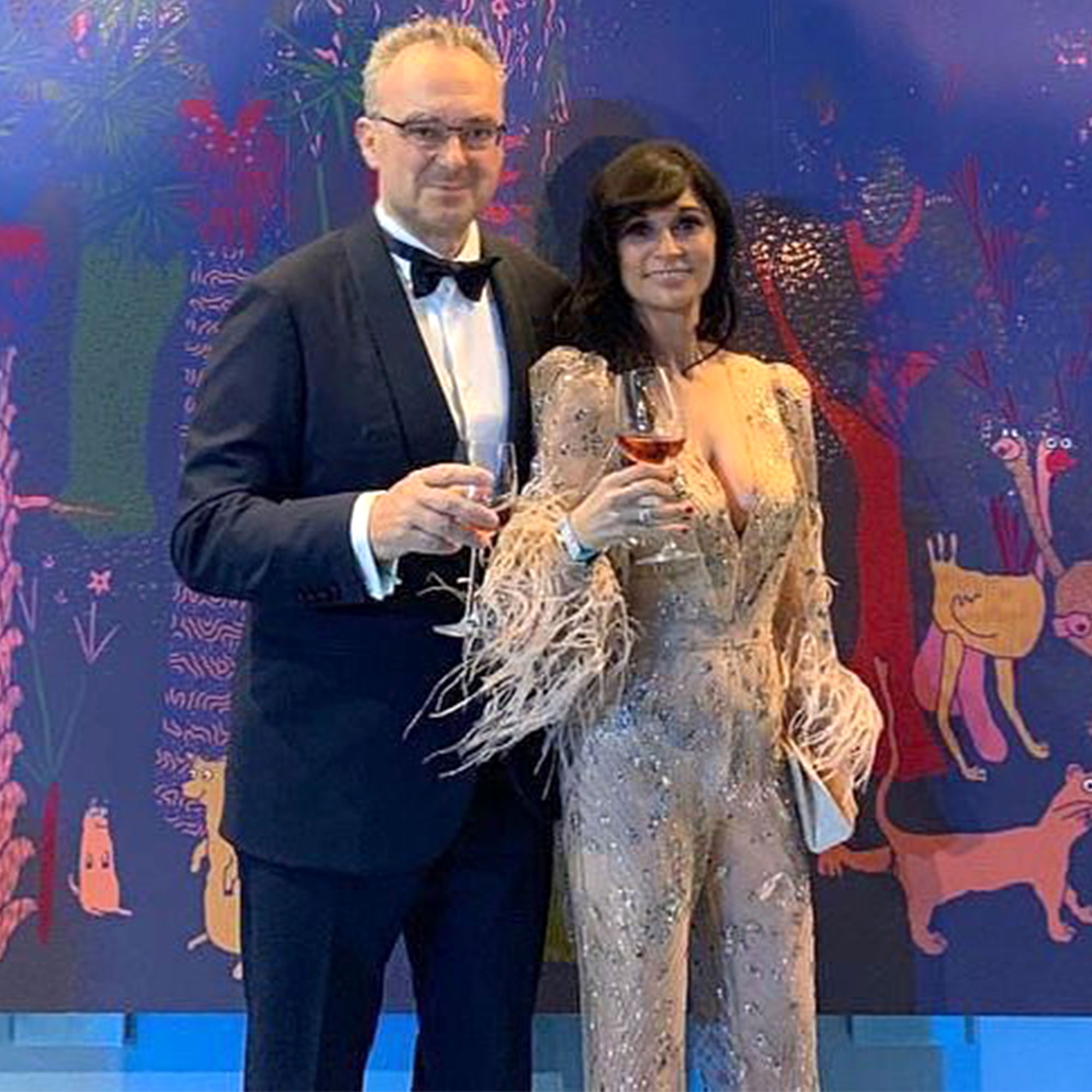 Before joining EWG, the Russia native founded her own shoe company named Julia Haart. In 2016, La Perla named her the creative director of the brand. During her tenure, she famously designed the revealing gown that Kendall Jenner wore to the 2017 Met Gala.

Celebrity Splits of 2022: Stars Who Broke Up This Year

She also met Silvio, who was then the CEO of the lingerie company. “The first year of our interaction was me yelling at him. I was horrible to him,” she told The New York Times in July 2021. “But I had a lot of respect for him. As sheltered as my life had been, his life had been the diametric opposite. He’d been everywhere. He’d seen everything. And when I yelled at him, he took it like a man. That made me happy.”

The estranged couple were featured in the Netflix series My Unorthodox Life, which followed Julia after she left her ultra-Orthodox Jewish community. The show also included her four children — Batsheva, 28, Shlomo, 26, Miriam, 22, and Aron, 15 — whom she shares with ex-husband Yosef Hendler.