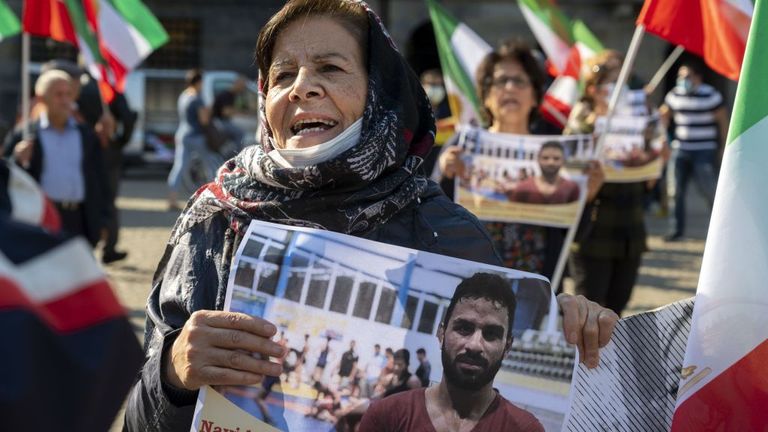 The state execution of a champion wrestler in Iran has led to calls for sports governing bodies to do more to safeguard against human rights abuses.

Navid Afkari, 27, had been given the death penalty for allegedly murdering a water supply company employee by stabbing him during anti-government protests in 2018.

But human rights organisations maintain he was tortured into a confession, and there has been international outcry at the punishment.

Mary Harvey, CEO of the Centre for Sport and Human Rights, has told Sky Sports News that Navid’s death cannot be in vain. 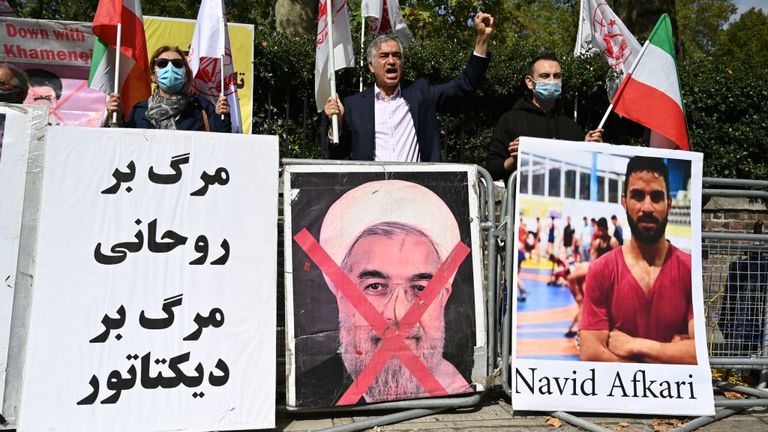 “It is a horrible case,” she said.

“They just killed a kid and it’s inflammatory, it’s egregious. It is important that we remember Navid’s life by recommitting ourselves to why this work is so important. So I think it’s a rallying cry for all of us to say ‘Enough, you can’t target people’.

“We can’t save the world but we can look at sport and sport’s role, and there’s no free lunch. If you want to host a mega-sporting event and bring the world into your country then you have to be willing to deal with scrutiny on who you are.”

The International Olympic Committee had tried to use its influence to prevent the sentence being carried out, and said it was “shocked” at the execution. 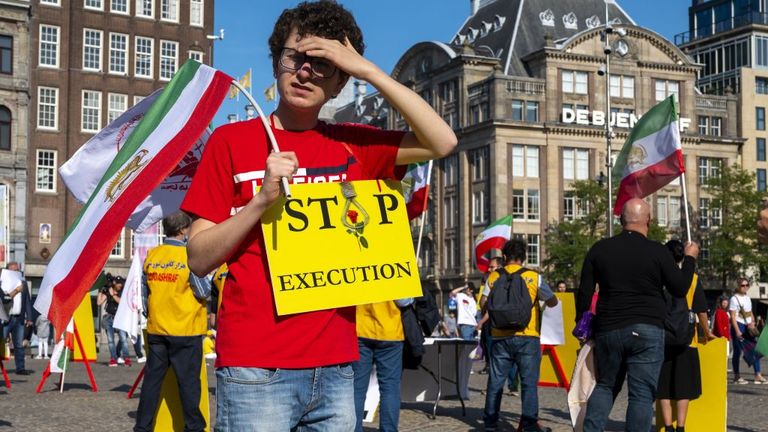 A statement read: “In letters, Thomas Bach, the IOC President, had made direct personal appeals to the Supreme Leader and to the President of Iran this week and asked for mercy for Navid Afkari, while respecting the sovereignty of the Islamic Republic of Iran.

“It is deeply upsetting that the pleas of athletes from around the world and all the behind-the-scenes work of the IOC, together with the NOC of Iran, United World Wrestling and the National Iranian Wrestling Federation, did not achieve our goal.”

The EU on Monday condemned Iran’s actions “in the strongest terms” and Harvey believes that Afkari was singled out by the authorities because of his profile as an athlete.

“We’re seeing athletes being targeted for political reasons as a way, we fear, of quashing dissent,” she said

“People see athletes as superhuman beings and they’re actually incredibly vulnerable. This is an example of this idea that you just tell an athlete ‘shut up and play, I don’t want to hear from you, I don’t want to know what you think about Black Lives Matter or anything else’, but athletes aren’t OK with doing that.

“They’re saying what is and isn’t OK with the world around them, or the world that they’re living in.