Feeling the love! Elizabeth Chambers appears to have found love again two years after her split from Armie Hammer.

“Happy Friday,” the 40-year-old star wrote via Instagram on Friday, September 16, alongside a series of polaroid pictures with a mystery man.

In the snaps, which were situated on a yellow and white striped beach towel, Chambers can be seen packing on the PDA with her new beau. The duo exchanged kisses and smiles while getting cozy on the sand in the Cayman Islands, which is where the Bird Bakery owner lives. 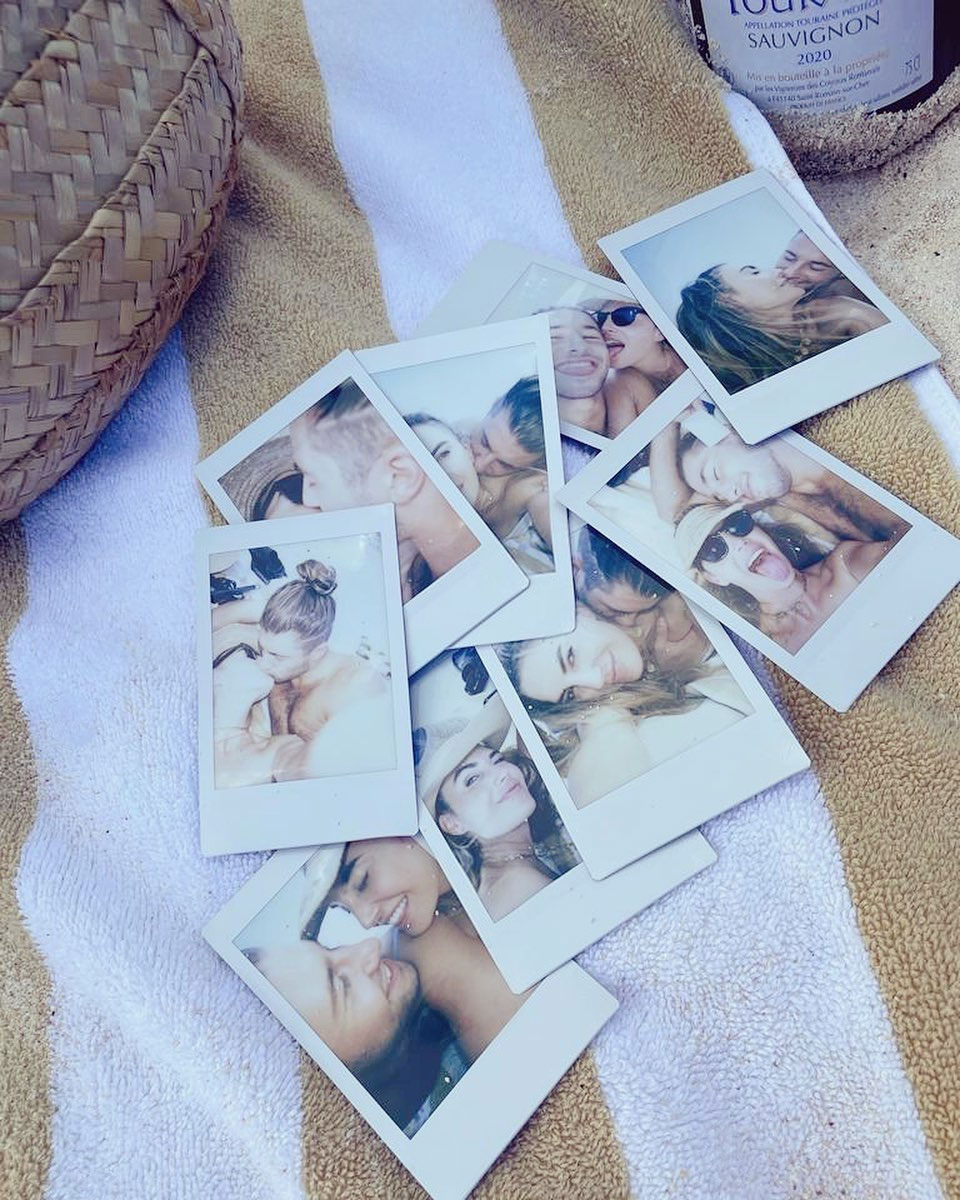 The Texas native’s fans also shared in her excitement, with one commenting, “I love seeing you soooo happy!!!❤️.” Another social media fan wrote, “Yes girl!! Get it! ♥️♥️♥️♥️.”

Armie Hammer and Elizabeth Chambers’ Cutest Moments With Their 2 Kids

Chambers’ fresh start comes two years after she and Hammer, 36, announced they were separating after a decade of marriage. The TV personality filed for divorce the same month.

“Thirteen years as best friends, soulmates, partners and then parents,” the pair’s joint statement read in July 2020. “It has been an incredible journey, but together, we’ve decided to turn the page and move on from our marriage.”

The twosome began dating in 2008 before tying the knot two years later. During their marriage, the Call Me by Your Name actor and the former Chopped Sweets guest judge welcomed two children: daughter Harper, 7, and son Ford, 5.

Ahead of their split, the duo were spending time in the Cayman Islands during the coronavirus pandemic. A source exclusively told Us in July 2020 that Hammer ended his tropical quarantine “weeks ago” and left the islands for Los Angeles.

“That’s when they split. [Elizabeth] is still there with the kids,” the insider explained at the time.

As the estranged spouses began navigating their lives apart, Hammer made headlines in early 2021 for allegedly sending several women graphic text messages about his sexual fantasies including rape, mutilation and cannibalism. The Lone Ranger star was also accused of sexual assault, all of which his lawyers have denied on multiple occasions.

Armie Hammer’s Most Controversial Moments Over the Years

“I am shocked, heartbroken, and devastated,” Chambers wrote via Instagram in February 2021, referring to the scandal. “Heartbreak aside, I am listening, and will continue to listen and educate myself on these delicate matters. I didn’t realize how much I didn’t know.”

Three months later, Hammer checked into a rehab facility for substance and sexual issues, per Vanity Fair. His attorney told Us in December 2021 that he had checked out and was “doing great.”

Earlier this year, rumors surfaced that the estranged couple had reconciled. However, a source exclusively told Us in February that there was no truth to those reports.

“Elizabeth and Armie have been working together on their coparenting relationship,” the insider said. “They are not back together, there is nothing romantic going on between them.”