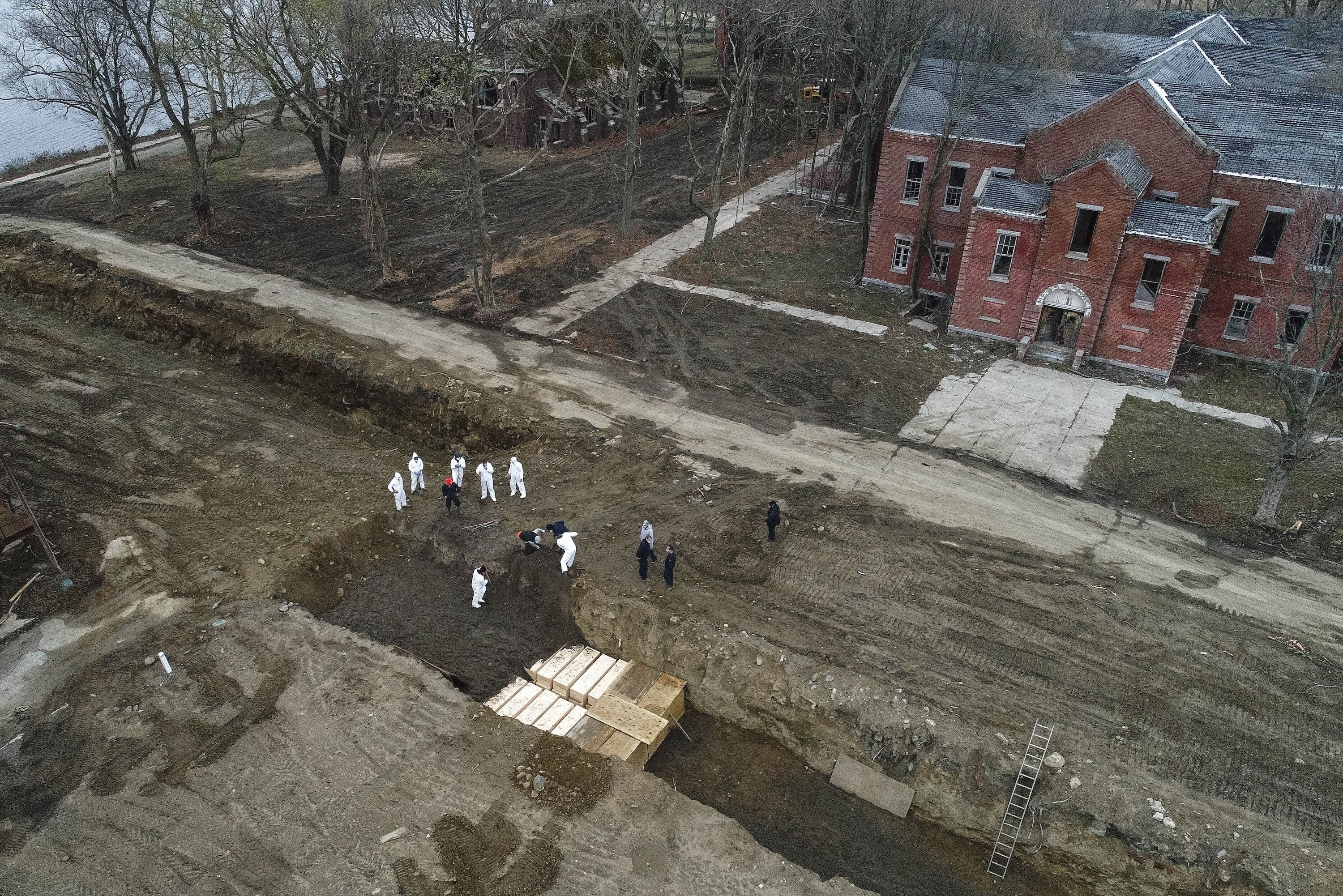 Officials in New York City have hired laborers to dig new trenches for mass graves in response to a surge in the number of deaths in the city amid the coronavirus pandemic.

The trenches are being dug on Hart Island, an uninhabited island in the Bronx that has been used as a potter’s field — or burial site for unclaimed, unknown, or poor people — since the 19th century.

But about two dozen bodies are now being buried on Hart Island each day, up from about two dozen each week before the coronavirus hit the city, officials told Reuters. And two new trenches have been added to the site to prepare for even more bodies.

The causes of death for those being buried was not immediately clear, but officials have said it is likely they include coronavirus victims. 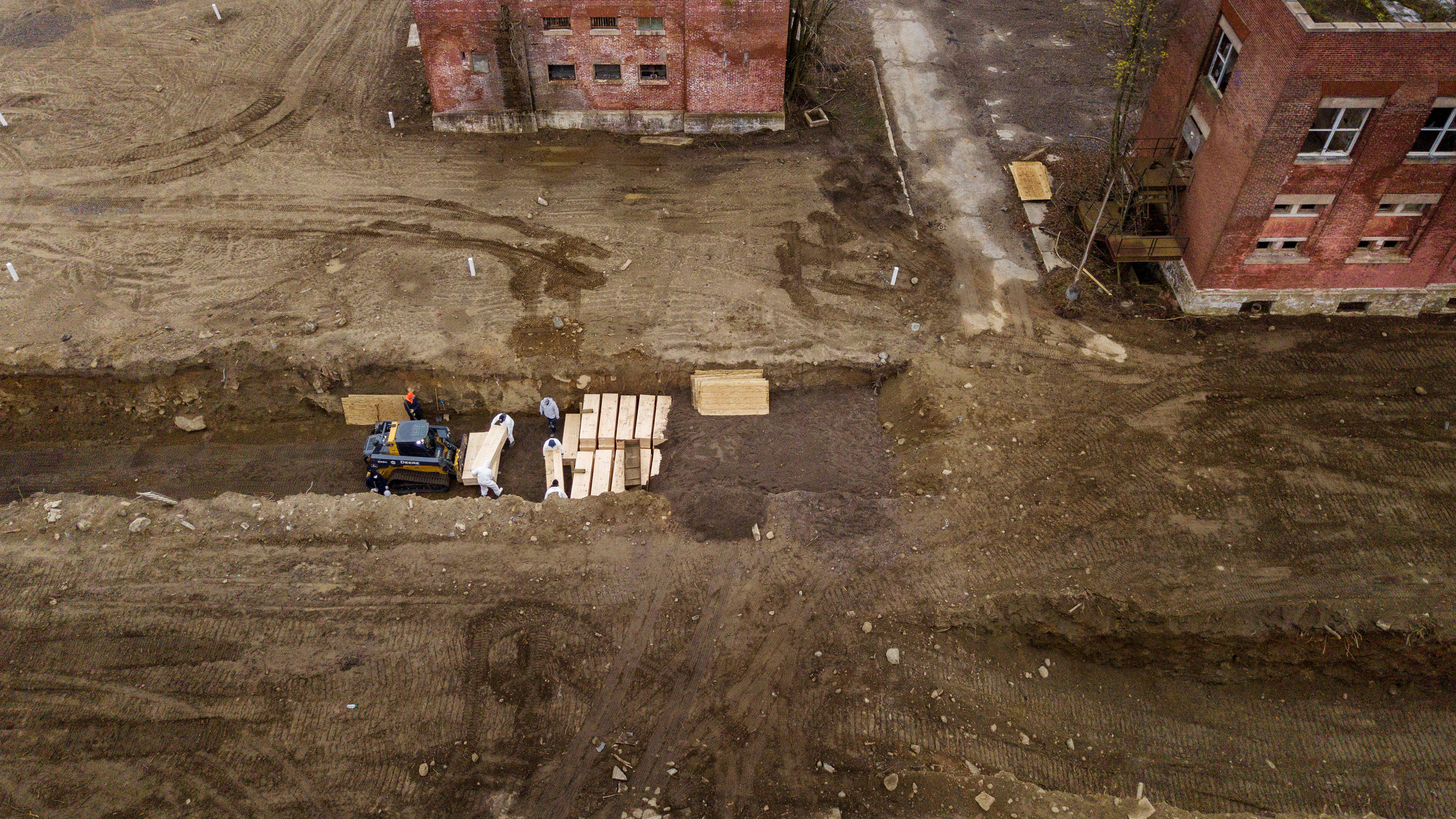 The increasing number of burials on the Island is the latest indication that morgues in the city are overwhelmed by the death toll from the virus.

Officially, 5,820 people in New York City have died from COVID-19, the disease caused by the coronavirus. But those numbers are likely low because they do not include people who were not tested before they died.

To deal with the influx of bodies, the city has been using a fleet of freezer trucks as temporary storage. On Thursday the city also announced that it would limit the number of days that a body was stored in the morgue, down to 14 days from 30.

Avery Cohen, a press secretary for Mayor Bill de Blasio, told BuzzFeed News the city had previously allowed bodies to remain in the morgue for longer periods, but that that was no longer possible.

“They’ve been in there for a while and we don’t have the luxury of allowing that to happen anymore,” she said. 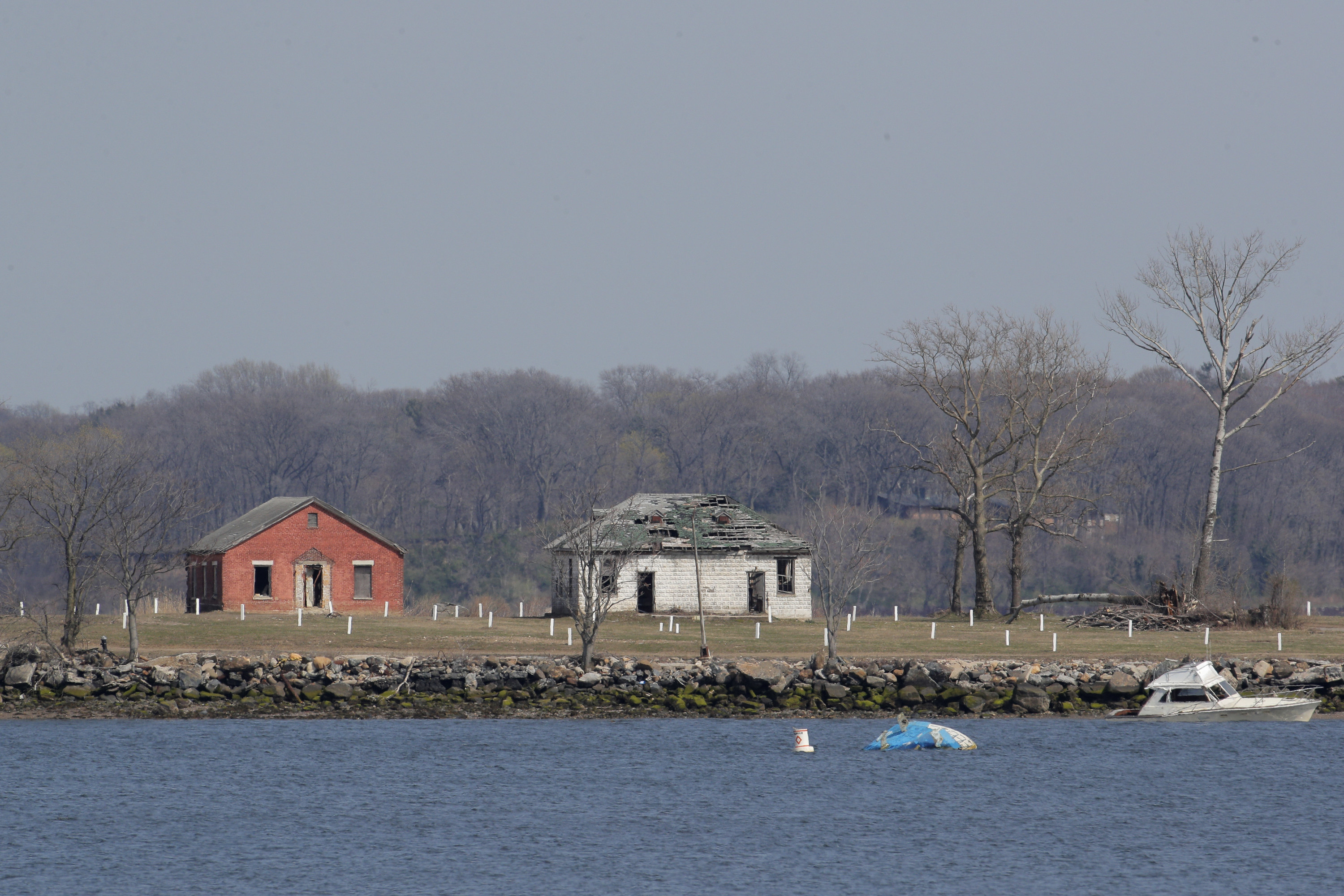 White markers are seen on Hart Island, the former location of a prison and hospital that is a potter’s field burial site of as many as one million people.

On Monday, City Councilman Mark D. Levine caused a stir when he tweeted the freezer space was running out and the city was considering temporarily burying the dead in public parks.

“We are relying on freezers now to hold bodies, but that capacity is almost entirely used up,” Levine said in a tweet that has now been deleted.

Levine’s assertion that parks would be used to bury the bodies was refuted by both Mayor de Blasio and Gov. Andrew Cuomo, but a spokesperson for the mayor’s office told the New York Times the city could use Hart Island for temporary burials if freezer and morgue space ran out.

The city appears to have abruptly changed plans on Friday morning. A cached version of the Medical Examiner’s website shows that the site mentioned “temporary burials” early in the morning. By Friday afternoon, Cohen, the mayor’s press secretary, denied the plan to BuzzFeed News. “We are not resorting to temporary burials. Period,” said Cohen.

With the morgues now limiting the amount of time they will store bodies, though, the effect is essentially the same. Any body that is not claimed in the 14 days would be interred by the city on Hart Island. The city will allow families to later claim a body and have it removed, which Cohen said had always been the case. 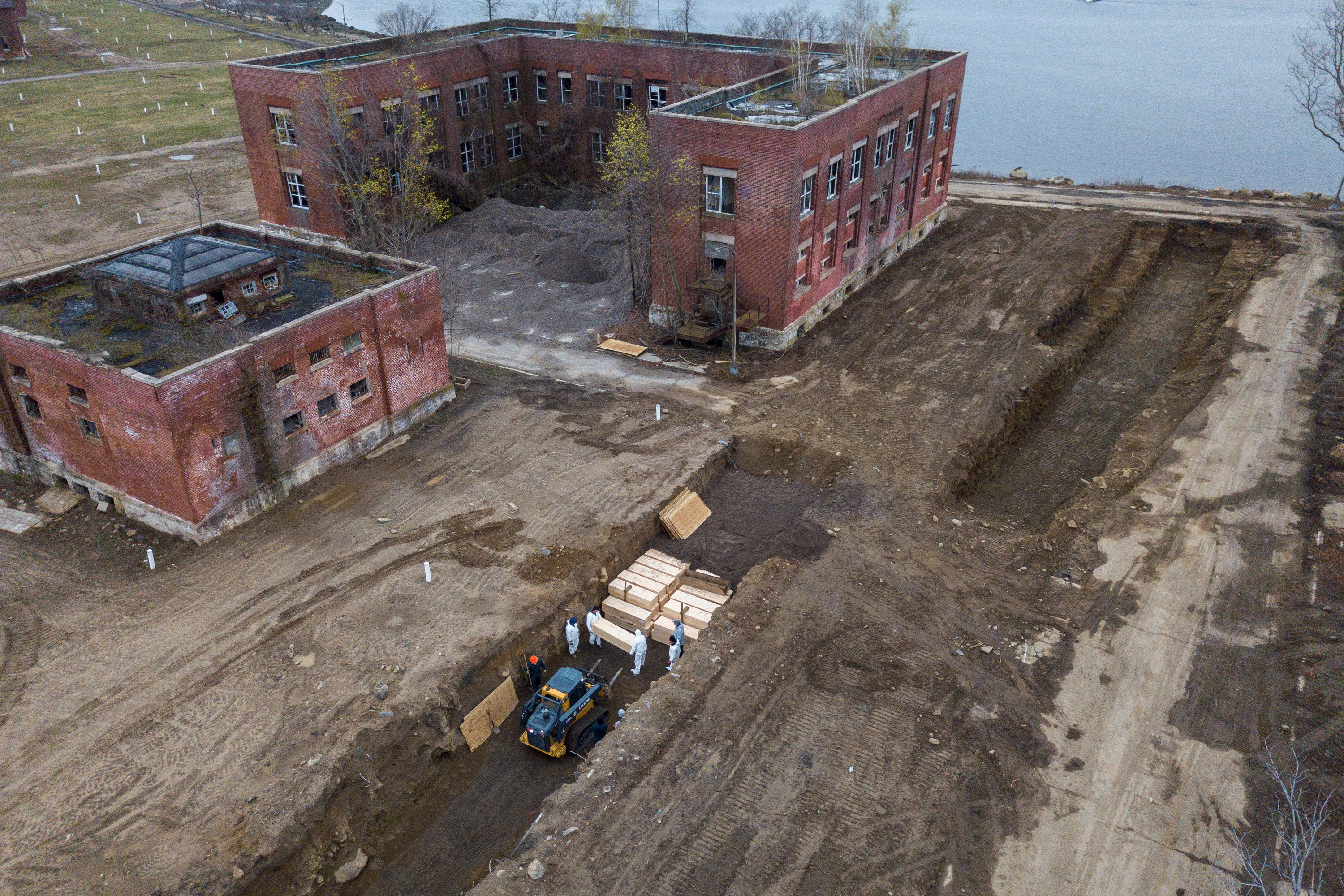 It’s estimated than 1 million people have been buried on Hart Island since it was purchased by the city in 1869.

Inmates from the city’s jail on Rikers Island usually handle the burials, but the prison has been hit hard by the virus, and the city has now hired contractors to dig trenches and bury the bodies in order to maintain social distancing for people who are incarcerated.

People interred on the island are wrapped in body bags and put in pine caskets before being buried in long trenches, according to Reuters. The caskets have the person’s name written on them beforehand to help identify each person if they need to be disinterred later.

Family members of people buried at Hart Island can make arrangements with the city to visit, but those visits have been suspended until further notice due to the crisis.