PARIS SAINT-GERMAIN forward Neymar has jetted off to Ibiza as he looks to get over his Champions League final heartbreak.

The 28-year-old – who has dyed half his hair blonde – was inconsolable after the defeat to Bayern Munich. 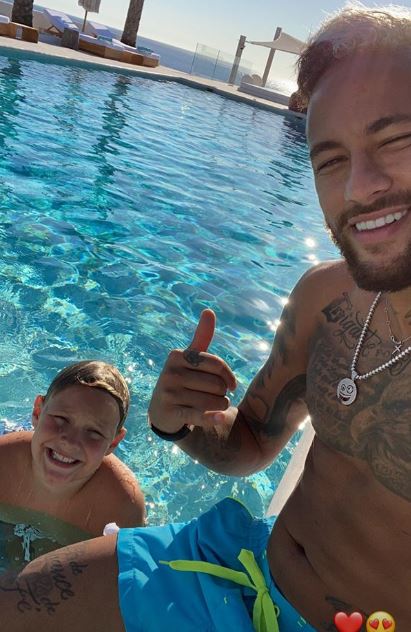 Neymar was so distraught that he had to be persuaded to collect his runners-up medal – much to the disappointment of Rio Ferdinand.

But he has been putting on a smile after he shared snaps and clips of him enjoying the Spanish sunshine with son Davi, 9.

And in a post he uploaded on his Instagram story, Neymar showed off a bizarre new look.

Posing in the pool alongside Davi, Neymar could be seen with half his hair dyed blonde.

That new hairstyle was also highlighted in a clip Neyar posted of him playing kick-ups with his son.

The video has been watched almost 8 million times, with his followers quick to comment on the post.

And unsurprisingly, it was Davi that had the last touch as he failed to keep the ball in the air. 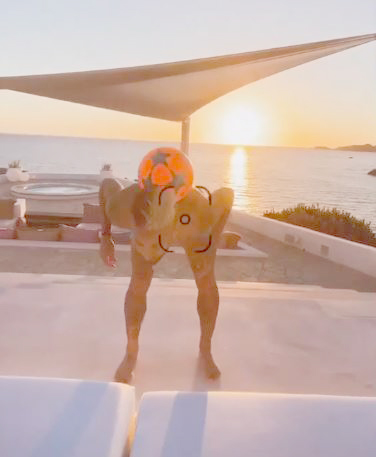 One fan said: "Too much love."

A third added: "I can't wait to have this contact with my kid!"