Home » Lifestyle » Nicki Minaj says she’s debating whether to get a nanny. Most parents don’t have that choice.

Nicki Minaj says she’s debating whether to get a nanny. Most parents don’t have that choice. 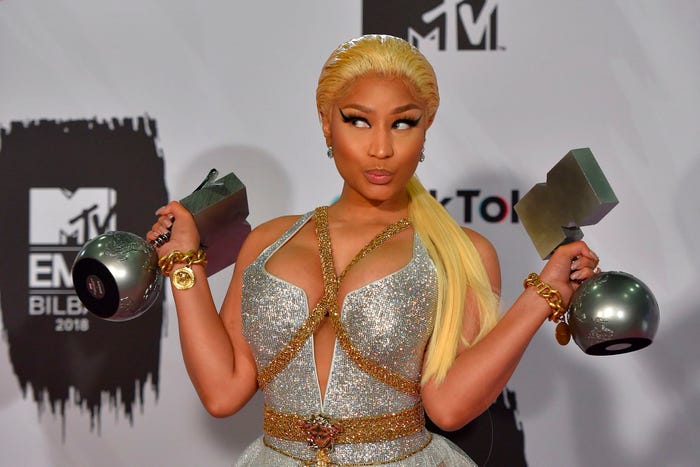 Rapper Nicki Minaj has only been a mom for about seven weeks, but she's already under pressure to get a nanny.

Minaj has been out of the spotlight since giving birth on Sept. 30, prompting one fan to write on Twitter, "why nicki can't be a normal celebrity and get a nanny. girl i miss you."

It wasn't the first time that Minaj has heard that.

"Everyone tells me that. Lol. I rlly should get one. Difficult decision tho," she wrote back.

After that, the thread exploded, with some fans offering to be Minaj's nanny for her infant son, whose name isn't yet public. Others urged her to enjoy the postpartum period without worrying about getting back to work.

While Minaj is a special case, her dialogue about getting help with childcare is one that many parents can relate to, although most are trying to make the decision with far fewer resources than Minaj.

The cost of a nanny is out of reach for many

While having a nanny is convenient, it's also very expensive. The average pay for a nanny in the U.S. is above $19 an hour, meaning that it costs nearly $40,000 to employ a full-time nanny. That's a huge amount, especially when compared to the median family income of roughly $68,000 in the US.

Although there's a lot of talk about nannies, particularly from celebrities, the truth is that having a nanny is rare. According to one 2010 estimate, only 3.5% of American families have a nanny.

While Minaj is understandable trying to figure out how best to balance motherhood and career, other families are doing the same, but with fewer options. Rather than debating whether or not to get a nanny, they know that doing so is simply inaccessible. The divide has been made especially acute during the pandemic.

The pandemic has highlighted childcare issues

At the same time, childcare workers — particularly those who work at daycare and other group setting — have struggled as parents opt to keep kids home if they can.

"You're not really sure what's going to happen from day to day," Cassandra Brooks, who owns two daycares in North Carolina, told CNBC. "Child care was barely making it anyway. Throw Covid on top of it, and it's suffocating."

For those who can afford it, a nanny is a useful option. However, it's not for everyone. In the past, Nicki Minaj has hinted that she might like to spend some time focusing on her son, without returning to the day-to-day demands of being a public figure.

Last year, Minaj tweeted, "I've decided to retire & have my family." The tweet has been deleted since. She later said that the tweet was in reference to whether or not she should record a fifth album.