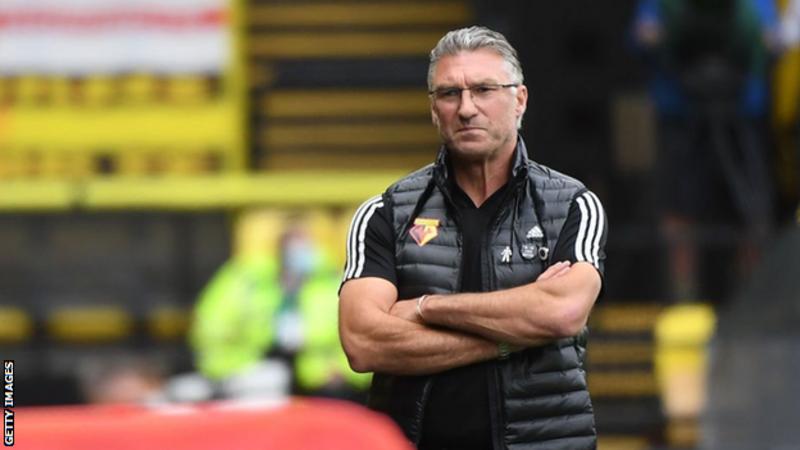 Football management sometimes feels like a permanent state of psychological crisis, says the chief of the League Managers Association after the sacking of Watford boss Nigel Pearson.

On Sunday Pearson was fired with two matches of the season remaining.

The 56-year-old is the third manager sacked by the club this season following the departures of Javi Gracia and Quique Sanchez Flores.

Speaking to the Today Programme on BBC Radio 4, Bevan added: “Nigel took over in December, Watford were seven points adrift at the bottom and they immediately had a run of four wins.

“I believe that form would have kept them about 14th and they also had that great 3-0 win against Liverpool back in February. But Nigel will be resting, recharging and will be ready for his next challenge.”

Hayden Mullins has replaced Pearson until the end of the campaign but he could not prevent Watford from slipping to a 4-0 defeat by Manchester City on Tuesday.

Watford goalkeeper Ben Foster said his side’s confidence is “crazy low” after the defeat. This, coupled with Aston Villa’s win over Arsenal, sent the Hornets into the relegation zone. They travel to the Emirates Stadium on Sunday hoping for three points from their final game and that other results go their way.

Whoever replaces Pearson on a permanent basis will be Watford’s 13th such appointment since Sean Dyche took charge nine years ago.

Bevan urged club owners to give managers more time in order to “build a team culture and recruit successfully”.

“Loyalty is definitely the best recipe for success,” Bevan continued.

“I think clear examples of that would be Chris Wilder taking Sheffield United from League One to challenging for Europe places in five seasons. The great job Sean Dyche has done at Burnley. [Wycombe boss] Gareth Ainsworth is the longest serving manager, eight years and promoted to the Championship for the first time in their 137-year history.

Bevan added: “I would urge owners to take a step back when they’re assessing their club very carefully, we don’t want boom or bust. Don’t leave the manager with a feeling of being in isolation. He needs to create that environment so that all of the club can be the best they can be.”