Shares of Norwegian Cruise Line have plunged nearly 13 percent in after-hours trading early Tuesday evening after the company announced that it will extend its suspension of voyages across its three brands, Norwegian, Oceania, and Regent through at least October.

The cancellations will affect sailings between Aug. 1 and Sept.  30, 2020, excluding Seattle-based Alaska voyages, according to the company. Norwegian will also cancel select voyages through October because of travel and port restrictions, including Pacific Coastal voyages on the Norwegian Bliss and Joy, and Canada and New England cruises on the Breakaway, Gem, Insignia and Seven Seas Navigator.

FIRE BREAKS OUT ON JAPANESE CRUISE SHIP DOCKED NEAR TOKYO

The cruise line added that it will "work in tandem with the U.S. Centers for Disease Control and Prevention, the federal government and global public health authorities to take all necessary precautions to ensure the health, safety and security of guests, crew and the communities visited." 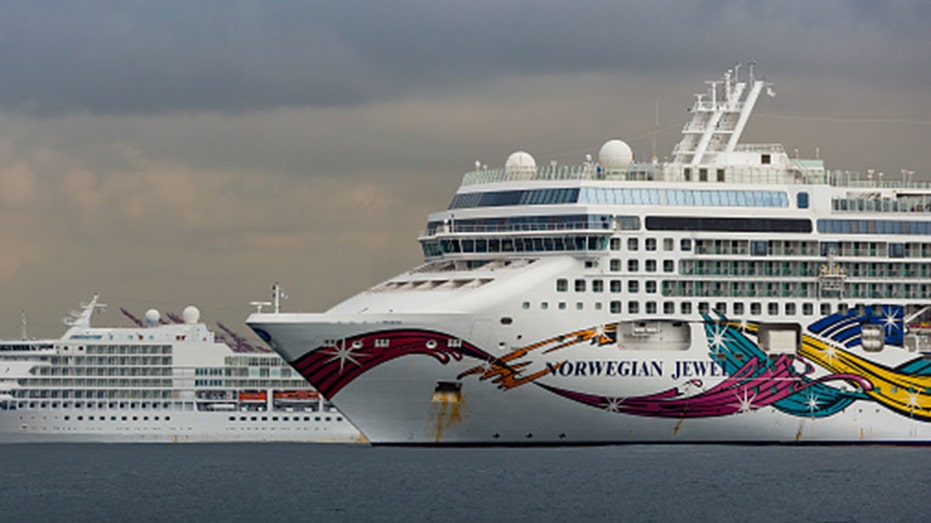 Guests who are currently booked on canceled voyages on Norwegian Cruise Line, Oceania Cruises or Regent Seven Seas Cruises are encouraged to contact their travel agent or the cruise line for more information.

Norwegian Cruise Line previously canceled departures through July 31 because of the coronavirus pandemic.

Correction: Norwegian stock fell 13 percent in after-hours trading. The time frame was incorrect in an earlier version of this story.