Home » Lifestyle » Offset pays tribute to Migos rapper Takeoff: Missing everything about you

Offset pays tribute to Migos rapper Takeoff: Missing everything about you

Wayne Brady honors Takeoff at AMAs 2022: ‘We have to stop’ gun violence

Cardi B to make surprise performance at 2022 AMAs

Quavo pays tribute to his nephew Takeoff after his death

The 30-year-old rapper, whose real name is Kiari Kendrell Cephus, took to Instagram on Wednesday to share a photo of his late cousin wearing a grey suit jacket, floral shirt and diamond necklaces.

“Missing everything bout [sic] you specially [sic] that smile,” he captioned the post.

On Nov. 1, Takeoff — whose real name was Kirsnick Khari Ball — was shot and killed at a bowling alley in Houston after an altercation broke out and a gun went off.

Following his passing, a celebration of life was held in Atlanta and his former Migos bandmates — and family members — honored his lasting legacy. 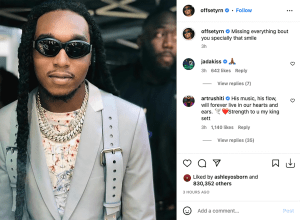 “I love you, dog,” Offset said at the event, adding, “I wish we could laugh again.”

A few days after the star-studded funeral, Offset took to social media to say that his “heart is shattered” and the pain is “unbearable.”

“I’ve been going to sleep and waking up hoping that all of this is a dream, but it’s reality, and reality feels like a nightmare,” the “Bad and Boujee” rapper wrote on Instagram. 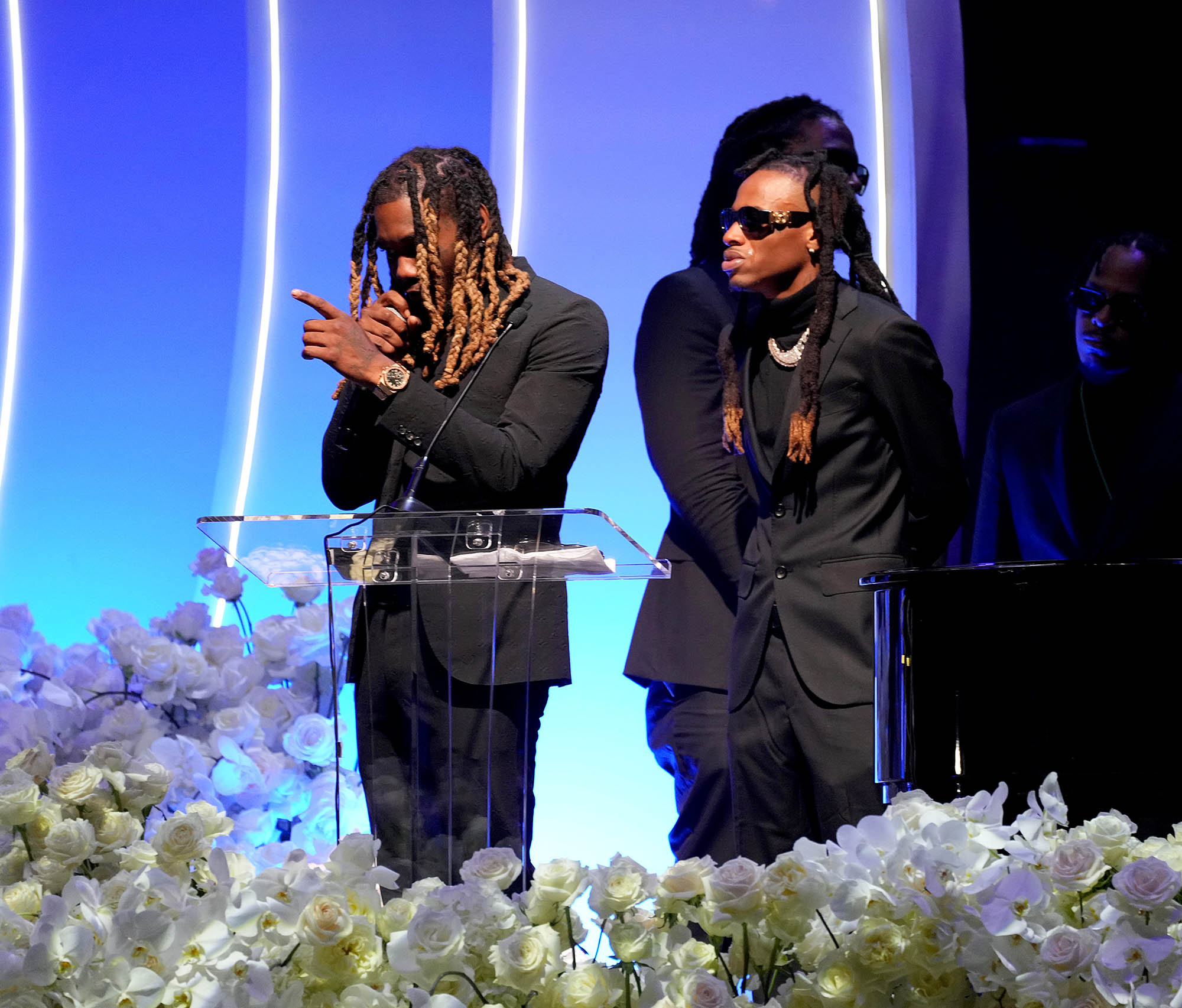 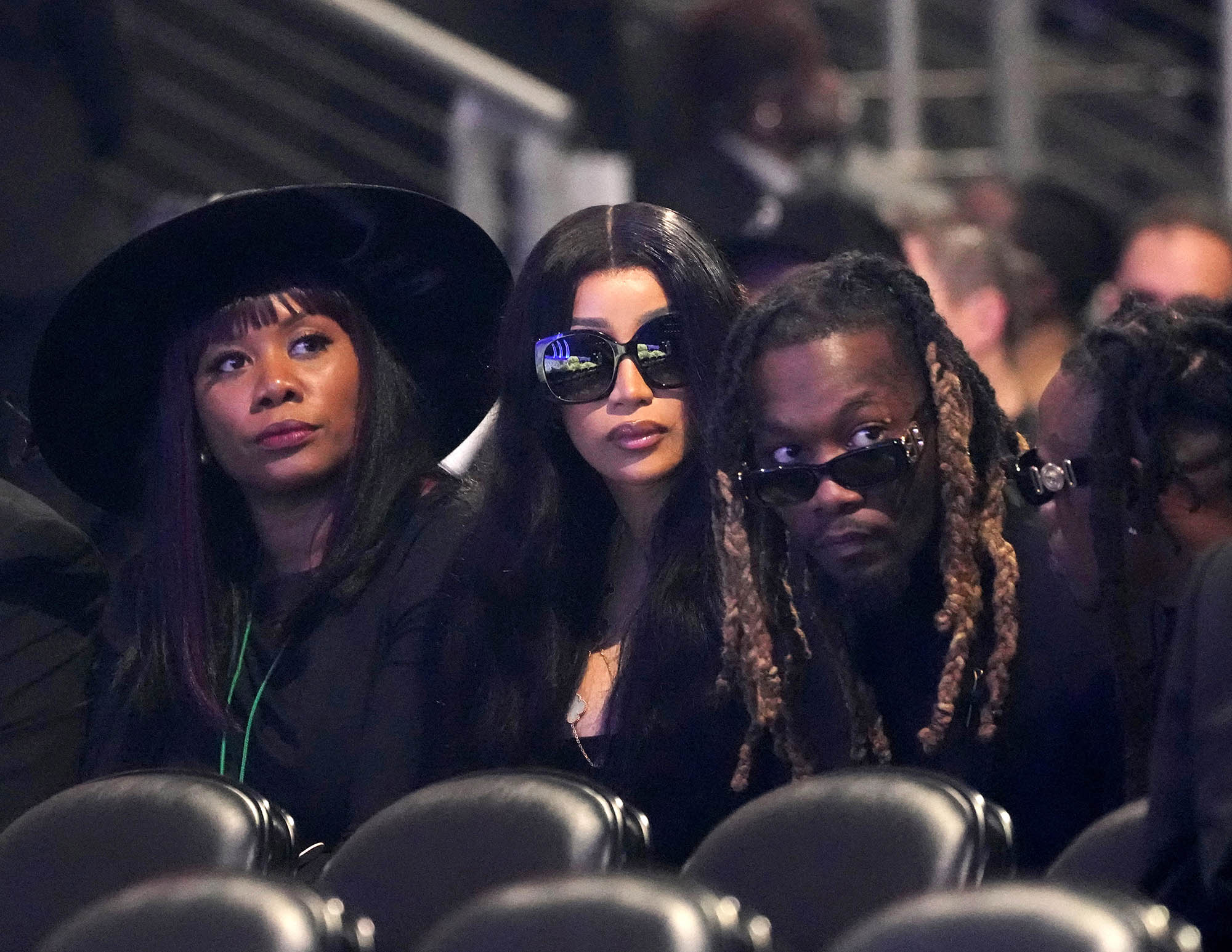 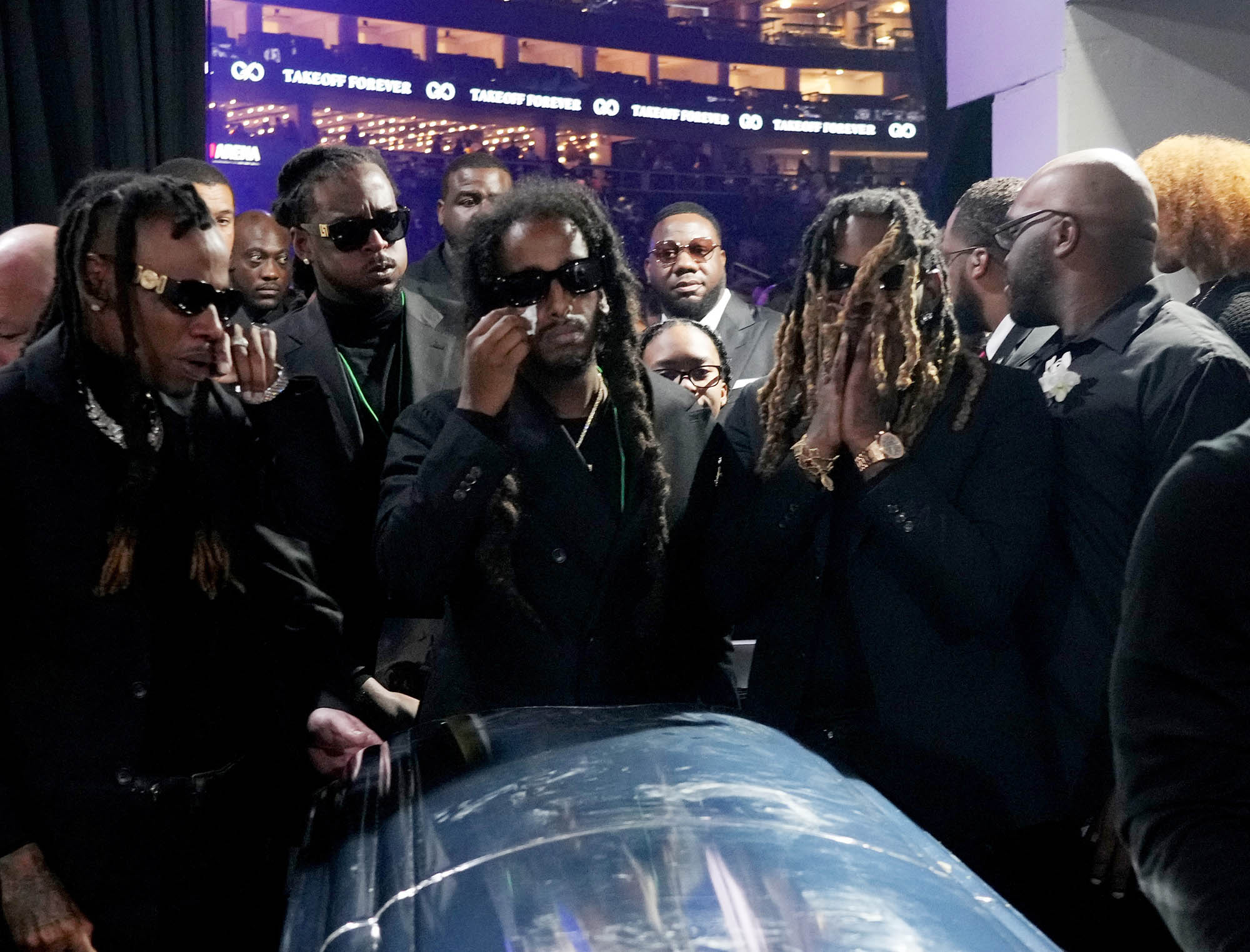