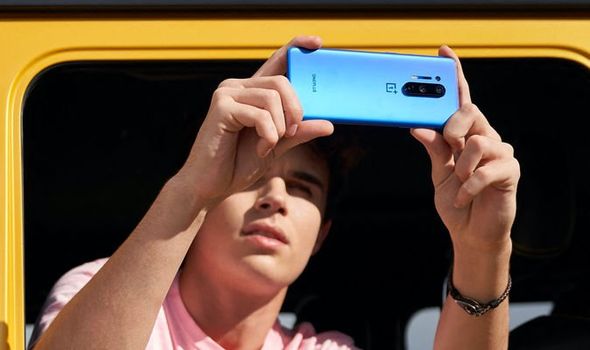 OnePlus has unleashed its latest batch of smartphones. And just like last year, the Shenzhen-based company has revealed two flavours of its OnePlus 8 series – the standard model and the pricier Pro variant. These are successors to the OnePlus 7T and OnePlus 7T Pro, which debuted some six months ago.

Despite only a short amount of time passing between the last refresh of its smartphone portfolio, OnePlus has made some pretty substantial changes to the formula. Of course, if you treated yourself to a new smartphone from the company after the OnePlus 7T series launch back in October, there’s not enough here to make it worth enduring the hassle of trading-in your current handset and upgrading. However, if you’re got a OnePlus 6 or older and have resisted upgrading for the last few years, there’s a lot here to make a switch to the OnePlus 8 series seriously worthwhile.

Both of these handsets are 5G-compatible, so you’ll be able to take advantage of the fastest mobile speeds around. And 5G isn’t just about speed either. The next-generation mobile technology means you’ll get reliable speeds in really crowded locations – like a gig or a football match.

Even if your carrier doesn’t already offer 5G right now, it’s worth buying a 5G-ready handset is you’re planning to hold onto your smartphone for the next two or three years. Last year, the OnePlus 7 Pro 5G was the first 5G-compatible handset to launch in the UK. And now the company, which first launched back in 2014, has made history as the first in the industry to release a full line-up of 5G devices in 2020.

Given the £100 premium that rival Samsung charges to upgrade from 4G-only to a 5G-ready model of its newly-launched flagship Galaxy S20 line-up – and the fact that Apple has yet to embrace the superfast network technology with its best-selling iPhone range, this could be a huge advantage for OnePlus.

Elsewhere, both the OnePlus 8 and OnePlus 8 Pro are powered by the top-of-the-line Qualcomm Snapdragon 865 chipset coupled with the Snapdragon X55 5G Modem-RF System to enable the multi-gigabit 5G connectivity. Both models can be paired with either 8GB or 12GB of RAM. Considering that’s more than most laptops, we’d expect both of these smartphones to boast some eye-wateringly fast speeds. 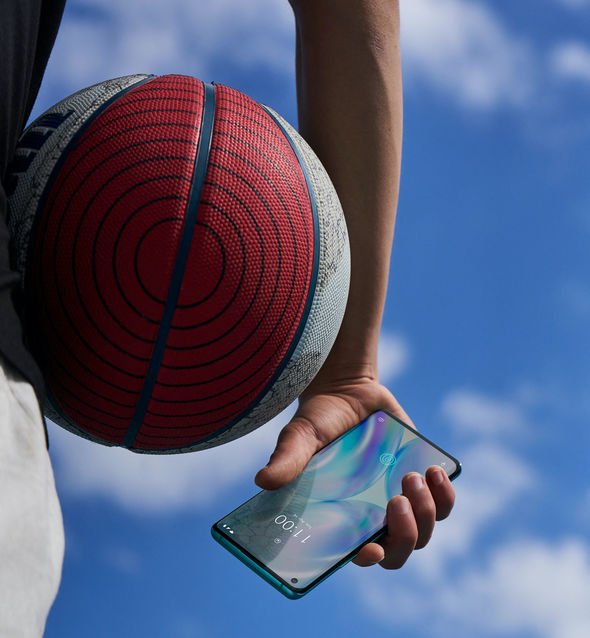 Both the OnePlus 8 and OnePlus 8 Pro ship with either 128GB or 256GB of storage. There’s also no provision for expandable memory either. So those hoping to be able to carry around 1.5TB of local storage in their pocket – like Samsung allows with its maxed-out Galaxy S20 Ultra – will be disappointed.

Thankfully, there are plenty of low-cost cloud storage options available. In fact, the OnePlus 8 series marks the start of a new partnership between OnePlus and Google to bring Google One – the Californian technology company’s signature membership program – to the new handsets.

If you’re not aware, Google One provides expanded storage across Google Drive, Gmail, and Google Photos, as well as automatic phone backup to the cloud – like you’d get with Google’s own Pixel line of smartphone. With Google One, OnePlus owners will be able to keep their photos, contacts and more within the cloud. All OnePlus 8 models will ship with a three-month free trial of 100GB of cloud storage.

Owners of previous OnePlus models will be eligible for a one-month free trial.

OnePlus has also brought IP68 water and dust resistance to its new handsets. Until now, the Shenzhen-based firm has always resisted the industry recognised test – arguing that the certification costs too much money and that it’d rather pass on the savings directly to customers. However, based on feedback from its fans, OnePlus has now opted for an official IP rating for its waterproofing.

Both the OnePlus 8 and the 8 Pro are also the first phones from the company to include handsfree access to Alexa. Of course, since the OxygenOS mobile operating system found on the handset is built on Android, you can still use the Google Assistant to switch on your smart bulbs, order takeaway, reply to texts and find out the latest headlines and weather – but OnePlus owners can now also download the Alexa app, grant the right permissions and ask Amazon’s rival AI assistant to make phone calls, control smart home gadgets, access the complete suite of Alexa skills.

In the coming months, OnePlus will launch new capabilities that let customers use Alexa to start a Zen Mode session and cast their phones to TVs. If you’ve already got a home brimming with Amazon Echo smart speakers and Fire TV dongles plugged into the TVs, this is a huge deal.

And now, onto the differences between the two models… 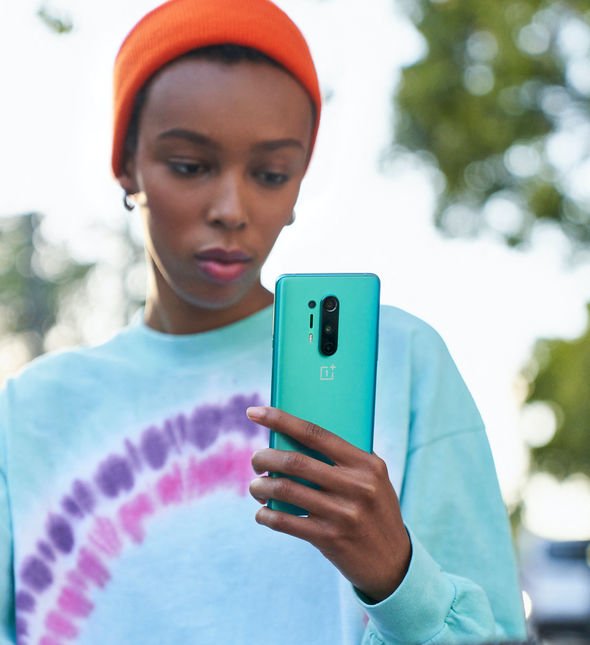 After bringing its slick 90Hz high-refresh rate displays to the entire line-up with the OnePlus 7T series, the company has upped the ante with its new Pro model and included a 120Hz AMOLED screen. That’s twice the refresh rate you’ll find on most standard smartphones – from the Pixel 4 to the iPhone 11 Pro – and means system animations, video games, and scrolling around the web should feel more responsive and smooth.

At 6.78-inches, this is a pretty hefty screen size. It’s only a fraction bigger than the OnePlus 7 Pro, so if you had no qualms about the thumb gymnastics required on that phone to reach certain parts of the screen – you should be fine.

Coupled with the maximum 1,300-nits brightness and the colour accuracy achieved by the team at OnePlus, the display has already earned an impressive A+ grade from DisplayMate, the professional display review institution, with 13 records set or matched – more than any other smartphone.

Since there isn’t an abundance of video content that’s natively filmed to take advantage of the 120 screen refreshes every second that the OnePlus 8 Pro is capable of – the company is using a combination of “advanced motion estimation motion compensation (MEMC) algorithms” to ensure videos can be viewed at an elevated frame rate of up to 120fps with reduced motion blur and crisper clarity.

If you’re not a fan of the algorithmically-enhanced video, you can disable the software feature in the settings, OnePlus has promised.

OnePlus 8 Pro has a number of smaller tweaks that should also enhance your boxset bingeing on-the-move. The dual stereo speakers are now powered by Dolby Atmos technology to ensure a “more immersive sound,” the company says. OnePlus has also fitted the flagship with a redesigned haptic vibration engine which it promises will add “an extra layer of pounding tactility to your entertainment sessions.”

So, if you’re commute has been missing some pounding tactility – you know what phone to buy, right?

As well as its official IP68 certification, another new addition to its latest smartphone that OnePlus has resisted for years is wireless charging. OnePlus has always maintained that it would not bring Qi-compatible wireless charging to its smartphones until users would not have to sacrifice charging speeds for the convenience of going wire-free. As such, OnePlus 8 Pro is the first OnePlus device to pack its new Warp Charge 30 Wireless solution, which can refill the 4,510mAh battery to 50 in just 30 minutes – making it one of the fastest wireless charging solutions in the industry.

As well as 5G, OnePlus 8 Pro is compatible with Wi-Fi 6 – the ultra-fast new standard for Wi-Fi networks. You’re unlikely to have a Wi-Fi 6 router in your home right now, but including it means your OnePlus 8 Pro should maintain its cutting-edge speeds for years to come as you upgrade your broadband kit.

OnePlus has ditched the mechanised drawer for the selfie camera from the OnePlus 8 Pro, so you won’t have to wait for that to whirr out of the chassis to snap a selfie, or use its lightning-fast facial recognition solution.

OnePlus said the decision to move to a hole-punch style camera, which will cut into your content when watching a video or playing a game in landscape – something that didn’t happen with the OnePlus 7 Pro, was required in order to achieve an IP68 water resistance rating.

Finally, on the back of the OnePlus 8 Pro, you’ll find the most complete set of cameras ever shipped on a OnePlus handset. The company has included a bumper set of four different lenses – including a 48MP custom-made Sony main sensor and a 48MP ultra-wide lens with a full 120-degree field of view. The quad-camera on the OnePlus 8 Pro is capable of 3x hybrid zoom that uses AI to sharpen the image. A 30x digital zoom is also possible. 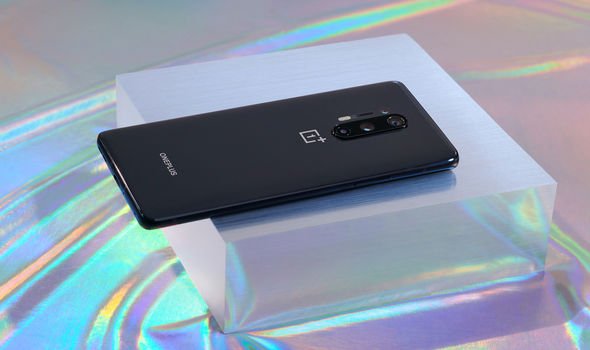 If you’re commute has been missing some pounding tactility – you know what phone to buy, right?

The high megapixel count allows the multi-camera set-up to eke as much detail as possible from tough low-light conditions, OnePlus says. It should also mean you’re able to keep the quality of the image relatively high – good enough to print out and plaster on your wall, even with some aggressive cropping or a truckload of edits and filters. Of course, we’ll have to get our hands on the phone to really test that out.

The OnePlus 8 Pro should also sport better video shooting than previous smartphones from OnePlus. It is equipped with hybrid image stabilisation that combines optical (OIS) and electronic image stabilisation (EIS) for more stable videos. And with 3-HDR technology, OnePlus says the 8 Pro has higher dynamic range than any of its previous efforts.

OnePlus 8 Pro starts from £799 for an 8GB of RAM / 128GB storage configuration. This model is only available in Onyx Black. The maxed-out configuration with 12GB RAM / 256GB storage will set you back £899 and ship in the stylish new Glacial Green finish.

The OnePlus 8 keeps the 90Hz high refresh-rate found on its predecessor, the OnePlus 7T. That’s still better than you’ll find on pricier handsets from the likes of Google and Apple, but not quite the same level of smooth as you’ll get with the OnePlus 8 Pro.

However, the more affordable entry in the OnePlus 8 smartphone series still benefits from HDR10 and 10+ support as well a colour accuracy rating of JNCD 0.4 that means it can achieve the exceptional A+ rating from DisplayMate.

Unfortunately, there’s no wireless charging support. However, OnePlus 8 boasts an upgraded 4,300mAh battery with Warp Charge 30T that can charge up to 50% in just roughly 22 minutes. That’s the same speed as the pricier OnePlus 8 Pro.

Weighing only 180g and just 8mm thick, OnePlus says the OnePlus 8 is “one of the most compact and lightweight 5G phones in the industry.”

The OnePlus 8 has a triple-camera system – losing the dedicated colour filter camera found in the quad camera on the OnePlus 8 Pro. However, you’ll still benefit from a 48MP main camera and a 16MP ultra -wide angle lens with a 116-degree expansive view.