Home » Lifestyle » Out of this world: Nasa aims Dart at asteroids that threaten Earth

Out of this world: Nasa aims Dart at asteroids that threaten Earth 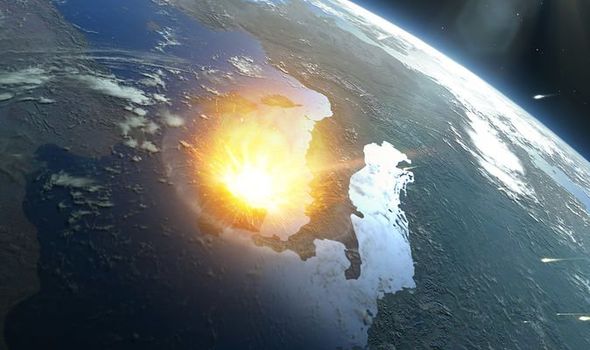 Called Dart (Double Asteroid Redirection Test), the craft will approach Didymos using a solar-powered propulsion then generate thrust from xenon gas to reach the collision speed. Scientists say the need for Dart was demonstrated earlier this week when an asteroid called 1998 OR2 hurtled worryingly close to Earth. The 1.2-mile-long rock missed us by the relatively small distance of 3.9 million miles on Wednesday.

It is expected to approach Earth again in 49 years when it will be 3.5 times closer.

But Jonathan McDowell, an astrophysicist at Harvard-Smithsonian Center for Astrophysics in Massachusetts, warned: “That doesn’t mean the next one won’t hit.”

He went on: “It’s better to hit the asteroid along the trajectory of its motion. If you hit it sideways it doesn’t make much difference.

“What you want is the point where the asteroid crosses the Earth’s orbit to be either before the Earth gets to that point or after.”

Dart will be launched aboard a SpaceX Falcon 9 rocket from Vandenberg Air Force Base in California.

Nasa said preparations had moved into a critical phase in which the components and systems were being “integrated”. Wednesday’s near-miss came when 1998 OR2 – one of the biggest asteroids in existence but smaller than that which killed the dinosaurs – skimmed us at 11am UK time.

Dr Anne Virkki, head of planetary radar at the Arecibo Observatory in Puerto Rico, joked that it resembled a coronavirus safety mask.

She said: “The topographic features such as hills and ridges on one end of asteroid 1998 OR2 are fascinating.

“They make it look like it remembered to wear a mask.”