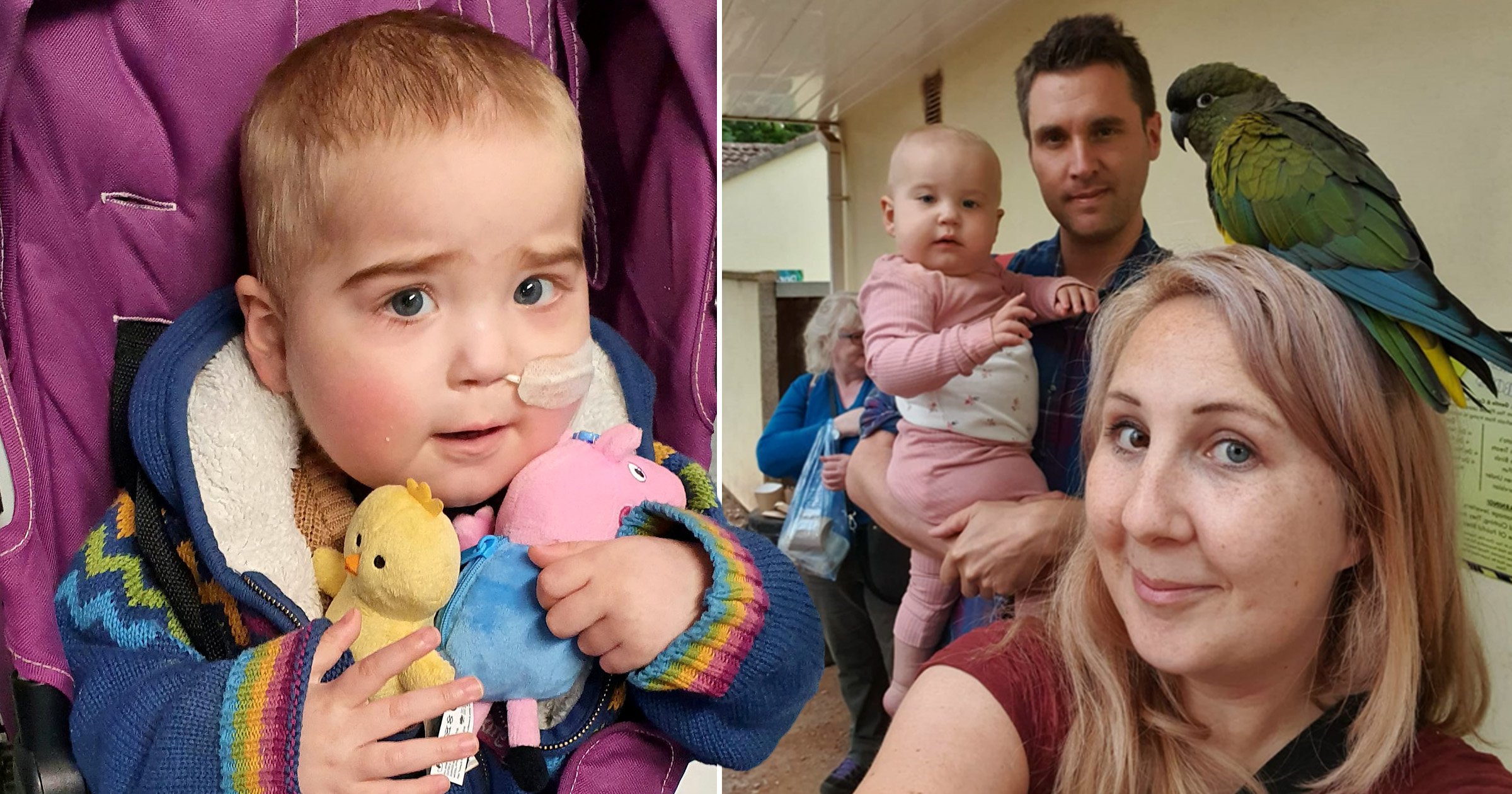 The parents of a one-year-old girl with a rare form of cancer are in a race against time to raise £500,000 to fund life-saving treatment not available on the NHS.

Little Winnie Impey was diagnosed with an aggressive form of stem cell leukaemia at just 11 months old after being taken to hospital with jaw ache.

Mum Lucy, 35, first noticed her daughter’s tooth was growing at a strange angle and her jaw was swollen, but doctors originally mistook the cancer as an ear infection until the shock diagnosis last June.

Winnie had to endure several rounds of chemotherapy and immunotherapy and even underwent a bone marrow transplant – but the cancer returned in April.

Lucy and husband Luke, 38, were given the devastating news the NHS can no longer offer treatment to cure her, only to prolong her life.

But the couple are refusing to give up hope on their daughter as they desperately try to raise half a million pounds for pioneering treatment in Singapore.

They are aiming to get Winnie CAR-T therapy, the same treatment which cured cancer hero Oscar Saxelby-Lee in 2020. It is specifically developed for patients and involves reprogramming their immune system cells but is not available in the UK.

Winnie, who will mark her second birthday next month, has been in remission twice but has since relapsed with a more aggressive form of the disease.

Lucy and Luke now face being forced to remortgage their home as they try to raise the money needed to give their little girl another chance at life.

Mum Lucy, from Mapperley, Nottingham, says: ‘She is the most wonderful and kind little girl who has had the most difficult year.

‘I know this treatment has worked for others and I need to give her this chance. I can’t lose my baby.’

Lucy says it was ‘horrendous’ when the illness started to take hold in June last year.

‘She seemed fairly well until her diagnosis. She had jaw pain and her tooth was growing out a weird angle,’ she says.

‘Because of Covid, we couldn’t get anyone to see her, they thought it was an ear infection at first. She had a bad cold for a bit, she got very pale before we took her into A&E at Nottingham’s Queen Medical Centre.

‘Her jaw had started to become swollen and it was pushing outwards. I was Googling it and it was so rare. She was diagnosed with leukemia in June last year. In the UK, there’s about 15 in children a year that are diagnosed with infant leukemia.’

The cancer was initially responsive to chemotherapy. Winnie was considered medium risk and she almost got into remission.

‘They started adding immunothereapy, which targets specific markers on the cells but it forced the type of leukemia to adapt and change,’ Lucy adds.

‘She went for a bone marrow transplant and was told there was a 75% chance of a cure. Unfortunately, it came back after the transplant, we were surprised it came back.

‘We were suddenly told not only has it come back but that it’s changed. We were told her chance of survival is now very poor without this treatment and so were given the option of more chemotherapy, or to take her home and wait for the leukaemia to take over.

‘We were heartbroken. We immediately started the Go Fund Me page in the hope of giving her a chance of beating this.’

Lucy, a teacher, and Luke, a council worker, hope to raise the funds needed to start the CAR-T CD7 treatment in as little as a month.

‘I am so thankful to anyone who supports us to get there,’ says Lucy.

‘I think it’s a shame that the NHS don’t offer this treatment. They’re still taking part in trials. It is an incredibly expensive treatment. I’m hopeful that in the next month or two we can be travelling to Singapore even if we have to remortgage the house.

‘All you can do is try. I have spoken to people in similar situations where the treatment has worked so we believe this is worthwhile and achievable.

‘We have a team of friends who are doing different fundraisers. There’s online raffles, sponsored toddler walks and Morrisons are doing a six day fundraiser for her too.

‘We appreciate all the help we can get, we just want to get her there to give her a chance. She deserves it.’

Lucy is so proud of her daughter and says she has been taking it all in her stride.

‘She is doing really well considering, she’s been eating and running around and is just a typical little girl really,’ she adds.

‘She is definitely a bossy little character with a great sense of humour and loves being with her family and running around exploring.’

Anyone wishing to donate, can do so on the online fundraising page.