Paris also opened up about how the response to the altered photo affected her at the time.

Paris Hilton recently revealed the infamous photo of her wearing a “Stop Being Poor” tank top was doctored — and now she’s confronting the artist who edited the viral shot.

ICYMI, earlier this week, Paris posted a TikTok in which she shared the real story behind the white shirt — saying the original photo was edited and the shirt actually said, “Stop Being Desperate.”

During Wednesday’s episode of her podcast, “This Is Paris,” Paris opened up about how the response to the altered photo affected her at the time and spoke to the woman who edited the image: a female artist named Jubilee. 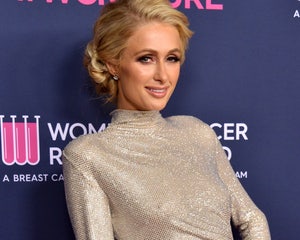 Paris began by recalling a bit of the backstory about the tank top, noting that the shirt was designed by her sister Nicky Hilton for her clothing line, Chick. She added that “Stop Being Desperate” was “something funny that we’d always say.”

“Then one day I got a picture sent to me and they’re like, ‘I can’t believe that you wore a shirt saying “Stop Being Poor.”‘ And I was like, ‘What? I would never wear something like that,'” Paris said.

“I looked at the picture and I was like, ‘Oh my god, somebody actually photoshopped this,'” Paris continued, adding that she thought it could possibly be a paparazzi agency who edited the pic.

While Paris said some people have interpreted the photo to be “lighthearted” or a “saw it as a joke,” she said it “really bothered” her.

“I definitely had a moment of insecurity where I didn’t want people to think I would wear that shirt,” she explained. “I would never want to offend anyone and telling people to stop being poor is just the opposite of my personality … It was really hard for me to have people thinking that I would wear something like this.”

“That shirt’s taken on a life of its own — and it didn’t even exist,” she continued. “It’s turned into this whole thing where my persona is attached to it and people think that I would speak like that. And I’m just not the person that would think like that, speaks like that. It’s something that has been annoying for a long time.”

“The last thing I would have wanted people to see me as is someone who is entitled or thought that she was better than other people,” Paris added. “That’s just not me at all.”

However, Paris pointed out that the whole situation “turned out to be an iconic moment” and “most people see it as a hilarious thing after all these years.” Fortunately, she said she “can look back and laugh at it.” 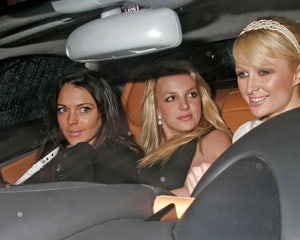 After she posted her TikTok on Monday, Paris said one of her friends reached out to her and revealed one of her own friends, Jubilee, was the one who edited the “Stop Being Desperate” photo of Paris all those years ago.

Paris said she then received a Twitter DM from Jubilee that read, “I’m glad you’re not upset or anything. Truly didn’t think people would think it was real or get upset over it. LOL. I hope it hasn’t brought you any grief.” Paris replied and thanked Jubilee for “reaching out.” After chatting a bit, Paris invited Jubilee to come on her podcast. And she agreed.

While appearing on the podcast, Jubilee said she posted the photo to Tumblr, where it didn’t “get much traction.” She told Paris that she “felt really bad” after an outlet posted about the photo.

“I definitely never meant any ill will or anything like that and I’m sorry it caused you stress cause you thought it was the paparazzi,” she added. “It was just some dumb kid with photoshop.”