Paula Pell couldn’t have predicted that her new show, “Mapleworth Murders,” would premiere amid a global pandemic. Still, the actor-comedian is hopeful the short-form series will help to “reset tired and stressed hearts and minds” in challenging times.

“Mapleworth Murders” is a modern ― and deliberately zany ― take on an Agatha Christie-style murder mystery that winks at “Murder, She Wrote” and is laden with playful (and queer-inclusive) innuendo.

Pell stars as Abigail Mapleworth, a mystery novella author who moonlights as a homicide detective in the quaint, New England-style town of New Woodstream. (Catch the trailer for next week’s episode above.)

In Monday’s three-part series debut, “A Murderer’s Beef,” Abigail is showing her Gen Z niece, Heidi (Hayley Magnus), around town when the pair stumble upon the corpse of a local butcher who appears to have been done in by a cut of his own meat. 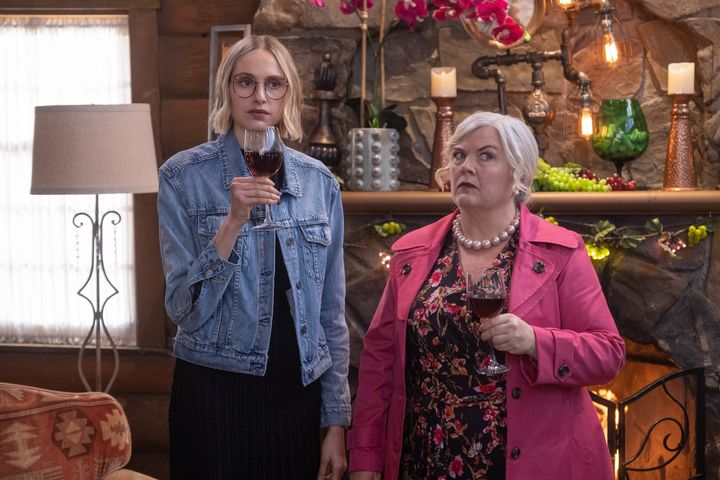 Beloved for her longtime stint as a writer for “Saturday Night Live,” Pell co-wrote “Mapleworth Murders” with fellow “SNL” alum John Lutz, who appears in the show as Gilbert, a sweet-natured local cop. When Lutz approached her with the idea of a comedy-mystery focused on an eccentric crime solver, Pell says she was “in immediately.” Together, the co-creators tapped a number of their pals, including Fred Armisen, Tina Fey and Maya Rudolph, to make guest appearances.

“I have always loved watching ‘Murder, She Wrote’ and as a lifetime theater nerd, Angela Lansbury is my spirit animal,” she told HuffPost in an email. “We created a loving tribute because we love that show and yes, we made it funnier and a little dirtier.”

As seen in the early episodes of “Mapleworth Murders,” Gilbert’s feelings for Abigail extend beyond neighborly kinship. The scribe-turned-sleuth, however, prefers the company of her cats and her handywoman (played by Pell’s real-life fiancée, Janine Brito).

Pell has said her decision to play Abigail as a not-quite-subtly queer woman “came naturally.” 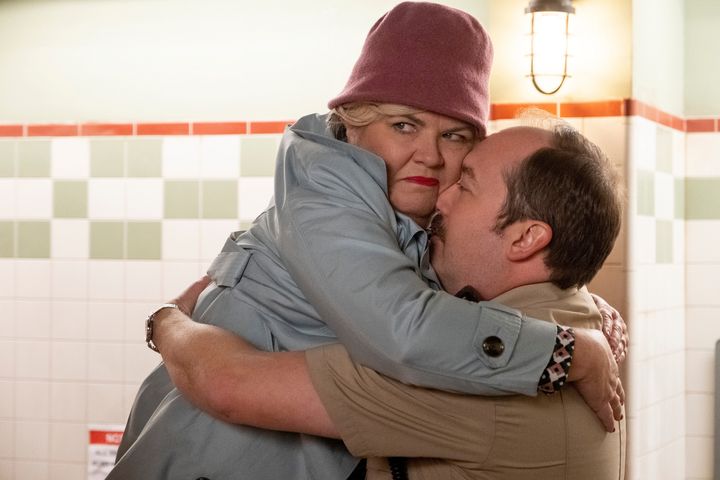 “All of us grew up with that one aunt that shared expenses with another friend,” she told The Advocate in a Monday interview. “They baked together, and you’re like, ‘How long have they shared an apartment, you know, just for safety reasons?’ I love those old-timey ladies that are also just queer as hell.”

Though she and Lutz had planned to celebrate their new series “at a crowded steam room, like we prefer all our premieres,” Pell would like “Mapleworth Murders” to offers viewers a welcome respite from their pandemic-focused reality.

“Laughter is a true form of self-care,” she said, “and I am honored to be providing some of it.”