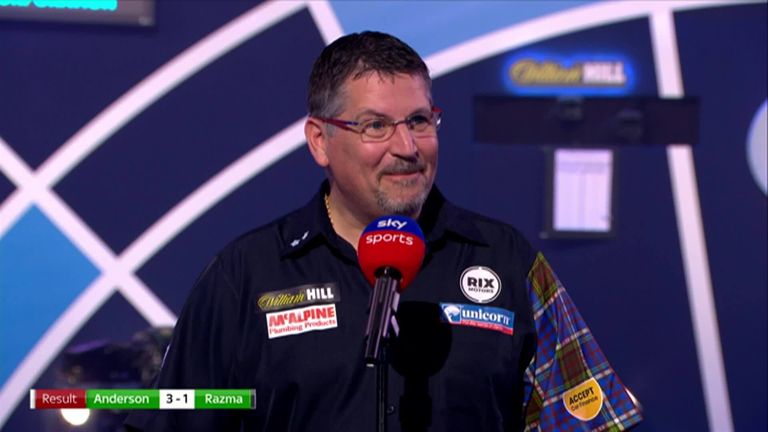 Gary Anderson’s performances in 2020 could be considered elite by most players’ standards. His Matchplay final appearance was backed up by runs to the semi-finals of the Premier League and the Masters.

But the two-time world champion holds himself to a higher standard than most players.

Anderson is looking to put two underwhelming years in the rear-view mirror.

“The last two years, even this year, I kind of wrote off,” he told Sky Sports.

“That is what I have got in my head. It is a new year. This year has been absolutely rotten. So was the year before! But not as bad as this year.

“Next year [will be a] fresh start. Whatever comes, comes. Darts-wise, that’s when – I was going to say go back to the pub and start practising with the boys, but we can’t.”

Anderson feels his results in Milton Keynes over the summer do not mask his shortcomings.

“I’ll tell you what. I’ve pinched it,” he said. “The preparation I’ve had this year, to do those things, that has been a big bonus.

“It’s been absolutely terrible this year, but next year… I had six months off two years ago, I had a cracking time off this year, so it’s all bonus for the next two years.”

And although he came through his second-round tie against Madars Razma, the 50-year-old was far from impressed with his performance.

“I can’t say on telly. Not good,” was his honest assessment of his performance. “There were some good bits, but doubles [let me down]. If it wasn’t for the 19s, I would have wrapped it up a bit quicker. But on the 19s, he started pummelling me.” 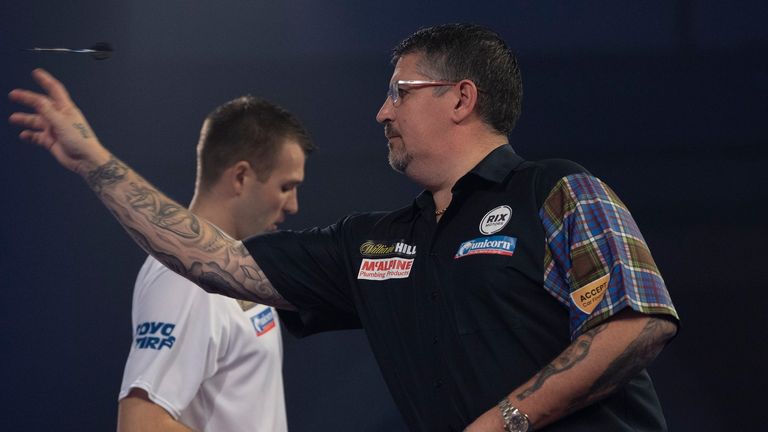 Nonetheless, Anderson successfully secured safe passage through to the round of 32. But his task gets trickier from here.

Twentieth seed Mensur Suljovic is next up, and the Austrian star is in good form after impressing in his win over Matthew Edgar.

“I am so happy,” said ‘The Gentle’ after his win over ‘Prime Time’ – a performance that suggests the former Champions League winner may finally deliver at the Alexandra Palace. 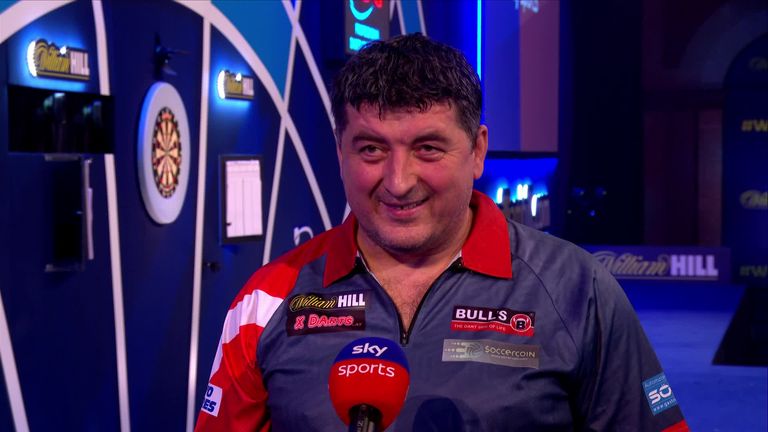 Gary Anderson and Mensur Suljovic face off on Monday evening. You won’t miss a dart thanks to the dedicated Sky Sports Darts channel all the way until January 4 with every session from the World Darts Championship, including the final on Sunday, January 3. Check out daily Darts news on skysports.com/darts, our app for mobile devices and our Twitter account @skysportsdarts