WARSAW, Poland — Police detained several people and charged a female photojournalist with assaulting a police officer as women-led protests over abortion rights flared up again on Monday in Poland.

It was the first case of a reporter being detained during the month of protests that have rocked Poland after a high court ruled in favor of a near-total abortion ban.

Officers dragged Grzybowska away as bystanders called on them to stop, saying that she was a journalist. A large group then gathered outside the police station in central Warsaw where she was taken, rallying on her behalf as they waited hours for her release.

After she was let go, Grzybowska said that she was charged with assaulting an officer, something she denied. In video footage of the incident circulating in Polish media, Grzybowska does not appear to act aggressively to the officers.

She told The Associated Press that an officer appeared to be angered by her use of a flash when she took photos and that he kicked her.

Police spokesman Mariusz Ciarka said on TVN24 that police did not realize at the time of her arrest that she was a journalist, though she can be seen in videos holding up her press credentials.

Lawmakers from the centrist opposition party Civic Platform went to the police station to intervene on behalf of the reporter and another detained person. One of them, Sen. Bogdan Klich accused police of growing increasingly aggressive toward protesters, in quotes carried by the Gazeta Wyborcza newspaper.

The protests, organized by the group Women’s Strike, have been occurring regularly ever since the country’s constitutional court issued an Oct. 22 ruling that further tightens an abortion law that was already one of the most restrictive in Europe.

Women and many others have reacted with rage to a step they believe deprives citizens of a fundamental freedom. They have been defying the risk of contagion and a ban on gatherings during the coronavirus pandemic to join demonstrations that have drawn hundreds of thousands of people across the nation of 38 million people. 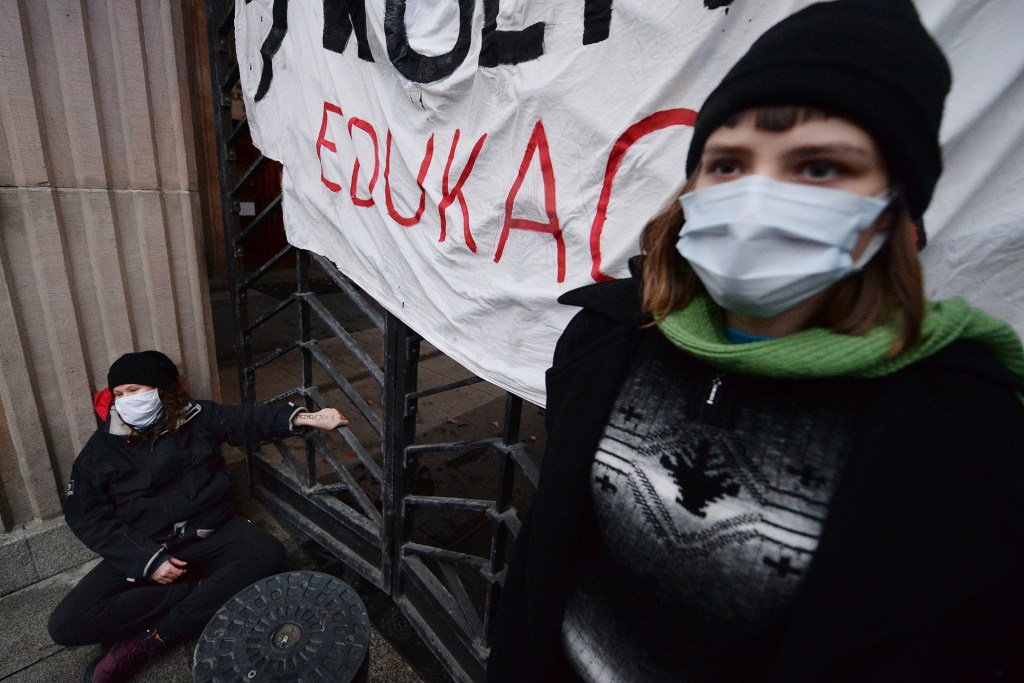 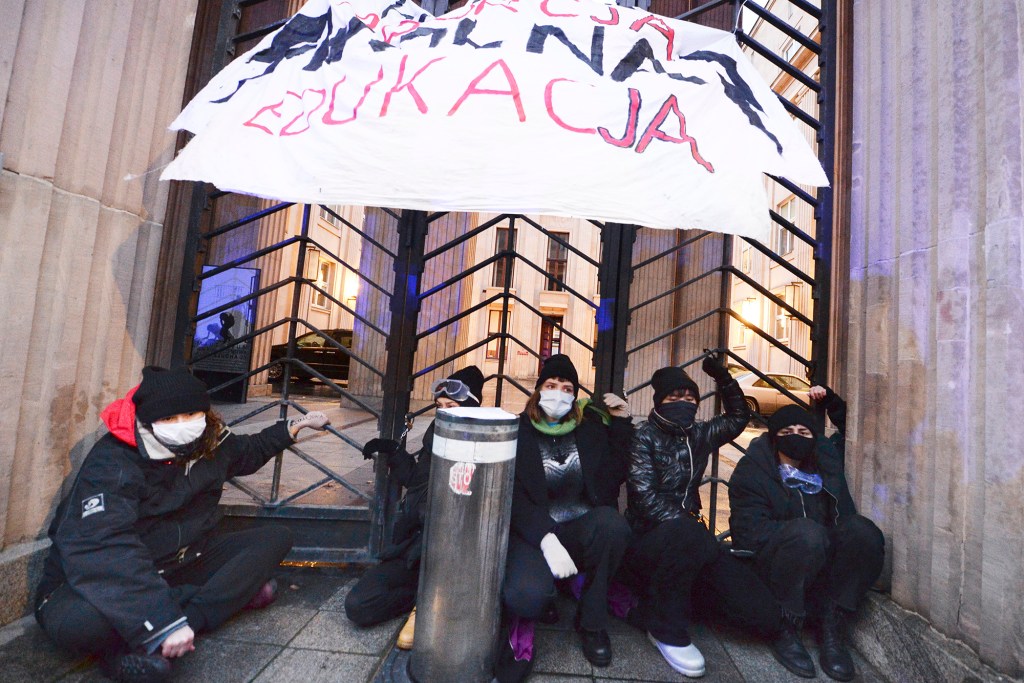 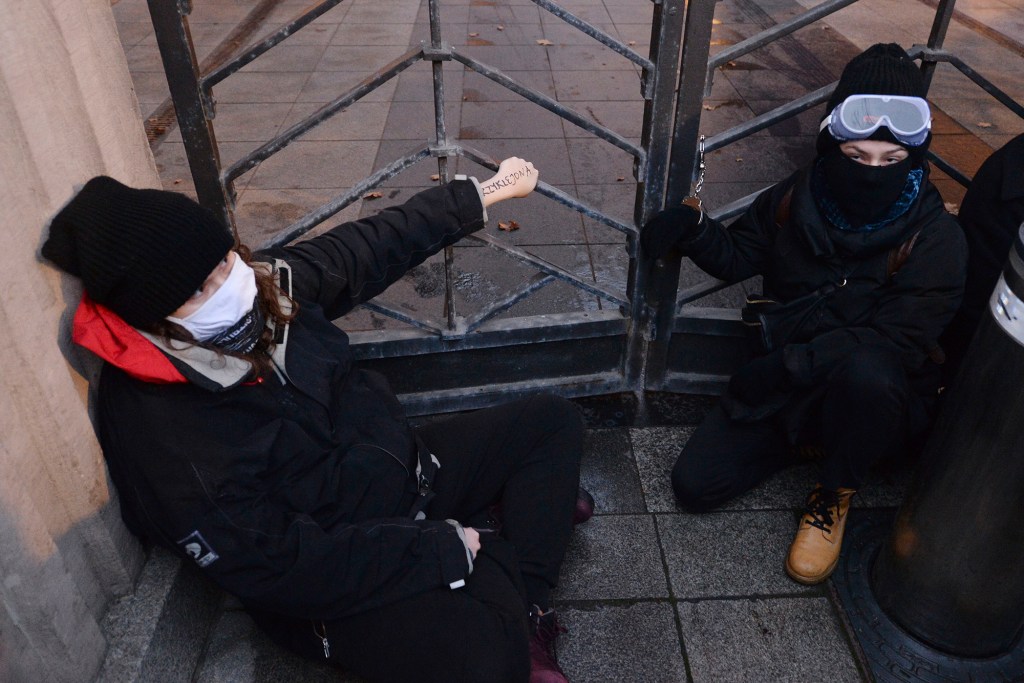