Home » Lifestyle » PIERS MORGAN: I was with Gareth Southgate before his positive test

PIERS MORGAN: I was with Gareth Southgate before his positive test

I was with Gareth Southgate three days before his positive test… Why didn’t he tell us?

For the past five years on Good Morning Britain – our anniversary is November 23 – my co-host Susanna Reid has regularly insisted that ‘ageing is a blessing’. And I’ve insisted with equal certainty that it isn’t.

Let’s be honest: nobody who’s actually old thinks it’s anything but a curse.

As the celebrated 17th Century French author François de La Rochefoucauld observed: ‘Old age is a tyrant, who forbids, under pain of death, the pleasures of youth.’

I think Susanna just wants to pretend it’s a blessing because that will help her navigate the pain (or ‘joy!’, as she claims) of hitting the big 50 next month.

But I’ve finally realised she was right all along after the Government confirmed that the new Covid vaccine will be distributed in descending age-group order, meaning I will get it before she does!

Well, that’s assuming she doesn’t successfully argue that working with me is an underlying health condition.

The Yorkshire Ripper, Peter Sutcliffe, has died from coronavirus. Last year, a bizarre story appeared in the papers revealing that he wanted me to interview him on TV, after watching a crime documentary I made about an American psychopath named Paris Bennett.

Sutcliffe reportedly told a fellow inmate at Frankland Prison: ‘I saw that Piers Morgan show and it was really interesting – they did it from all sides. I wish someone like him would look at my case because it’s never been done from my point of view.’ 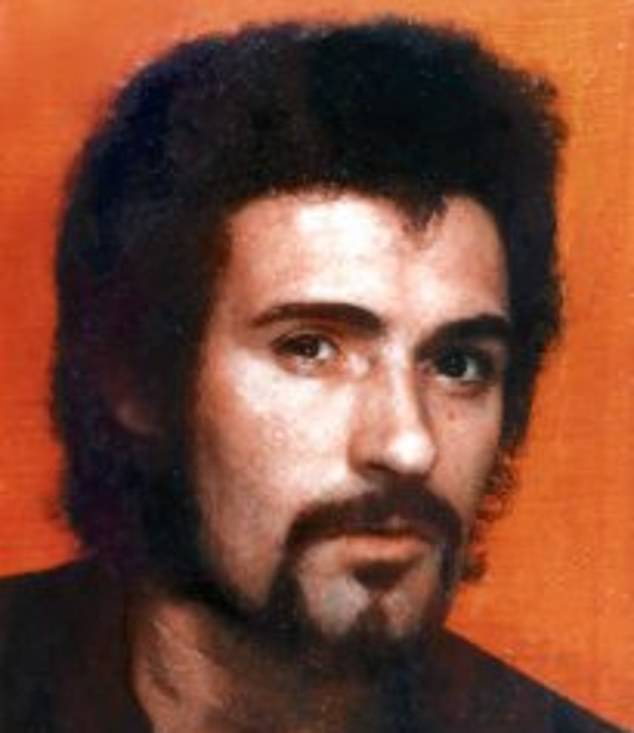 The Yorkshire Ripper, Peter Sutcliffe (above), has died from coronavirus. Last year, a bizarre story appeared in the papers revealing that he wanted me to interview him on TV

I would have jumped at the chance to interview him. Not to do it from his point of view, but to look him straight in his dark, devious, despicable eyes and finally give him the ferocious grilling he deserved for all the horror he inflicted on those poor women, for which he never apologised or showed a shred of remorse.

Downing Street bully boys ‘Dom’ Cummings and ‘Dumber’ Lee Cain – the unelected, bone-headed berks who stopped elected Government Ministers being held to account for their woeful handling of the pandemic by ordering the cowardly 200-day boycott of GMB – have lost their jobs.

Their ignominious downfall, coming in the same week as the vaccine news and Peter Sutcliffe’s demise, suggests that 2020 may finally be turning a positive corner.

This afternoon, Downing Street phoned to tell me that the boycott is over with immediate effect, and Health Secretary Matt Hancock would appear on Monday’s show.

The importance of the rigorous scrutiny we prefer to conduct on GMB was summed up in generous fashion by Sir Michael Parkinson in The Sun today: ‘God knows we need someone as tough as Piers nowadays.

My job was to make it as entertaining as possible. With Piers, he’s got to challenge people and have enough knowledge to sensibly dispute something. He’s very necessary, and the politicians who don’t go on his programme should be ashamed.

He does brilliantly well, and thank God he does… long may he reign.’

Thanks, Parky! My reign has lasted longer than Dom and Dumber, that’s for sure.

It’s emerged that England football manager Gareth Southgate tested positive for Covid-19 on October 25 and kept his condition secret as he self-isolated, with ‘not pleasant’ symptoms, for ten days.

I was rather taken aback to discover this, given that I was with him in London on October 22 at a GQ Heroes event, during which we chatted for ten minutes in a room with the magazine’s executives.

Southgate hasn’t revealed exactly when he first fell sick, but I’d have expected him to at least have the basic courtesy to tell us he’d developed the killer virus so soon after we’d been together. Not least because the main subject of our conversation was me congratulating him on the tough line he’s been taking on England players who break Covid lockdown rules.

‘It’s very important that everyone does the right thing,’ he said.

Yes, Gareth – including you.

Matt Hancock duly returned to GMB, scene of his numerous interrogatory monsterings back in March/April, gurning ecstatically as if this was the happiest moment of his life.

‘First question,’ I began. ‘Given we live in a democracy, where the hell have you been for 201 days?’

Hancock refused to explain or justify the boycott, despite me asking him three times to do so, and then asserted with comical irony: ‘I’m here now to answer your questions!’

So I read him a lengthy charge sheet of all his abject failures, from PPE and testing to care homes and locking down too late, and concluded: ‘Given that we now have over 50,000 deaths in this country, which is the worst death toll in the whole of Europe – why are you still Health Secretary and why haven’t you offered your resignation?’

‘Well,’ he replied, ‘because we’ve been building the response to all of these enormous challenges of this unprecedented pandemic.’

I could have sworn it was the same Matt Hancock who stood up in Parliament on January 23, when the coronavirus first erupted in China, and declared: ‘The public can be assured that the whole of the UK is always well prepared for these types of outbreaks.’

‘Lovely to be on,’ Hancock said at the end of our encounter, in which he smirked a lot but failed to give a straight answer to almost anything.

In his next media appearance, on Talk Radio, he was asked: ‘How are you after your battles for the last half-hour with Piers Morgan on GMB?’

The Cabinet’s smuggest Minister clearly thought he’d enjoyed a triumphant return, but that wasn’t quite how others saw it.

John Crace of The Guardian branded him ‘Door Matt’ and said he’d been sent as the Cabinet’s ‘whipping boy’ to ‘smile insincerely and nod his head from time to time as Piers Morgan and Susanna Reid humiliated him for more than 20 minutes’.