A Tennessee mini-golf center was the scene of mayhem on Saturday, after a reported 300 to 400 teenagers began destroying the establishment because management reportedly refused to issue refunds for machines that stopped working.

According to local outlets, parents had dropped off large groups of teens at the family play place without supervision, violating coronavirus orders banning mass gatherings.

Issues began at Golf and Games Family Park in Memphis, Tenn., Saturday evening when some machines began swallowing money. The staff at the center was unable to offer refunds at the time, thus prompting all-out chaos, FOX 8 reported.

AMERICANS ARE EXHAUSTED FROM POOR SLEEP DURING THE LOCKDOWN

According to video shot at the center, teenagers, none of whom appear to be wearing masks, begin knocking items off counters and throwing items behind the counter. One of the girls involved is seen pulling the plastic screen, which is used as part of COVID-19 safety policy updates, from the counter and throwing it at staff.

In the same video, she picks up a metal stand and throws it. She also later spit on an employee, witnesses claimed.

Police were called to the scene. Witnesses reportedly told officers the girl seen in the video had become upset because staff would not issue her a refund when some of the machines ate her money.

Another teenager reportedly set off fireworks inside the building, causing damage to the interior.

The family park is working with authorities to identify those involved.

Due to the destructive incident, the center has updated its policy, banning all minors from visiting without parent supervision. 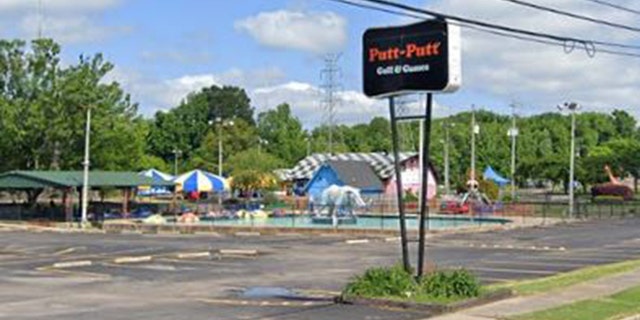 The general manager, Aaron Boss, issued a statement on the company’s Facebook page, calling the incident something he has “never experienced” before in the 57 years of its operations.

“Unfortunately, yesterday evening we had an incident that we have never experienced in 57 years of business," he wrote. "Parents chose to leave large groups of teenagers at our facility without their supervision.  Some of those people chose to create a disturbance the likes of which we have never seen. We are very thankful that none of our Golf and Games family or customers were injured during this situation.  We are actively trying to identify those involved and hold them accountable for their actions.  Going forward, any minors must be accompanied by a parent or guardian. Anyone that is left unattended will be asked to leave. We have been the Memphis area’s locally owned place for family entertainment for nearly six decades. We will always welcome those who choose to share their family experiences with us. Please understand this is not a reflection of us or our park. We look forward to serving you soon.”

The Fun Center reopened Sunday with the new rules in place.