Although allergies occur mainly in summer, there are some allergens that irritate us all year round. Examples include dust mites, mould, and pet dander. ukallergy.com provided a list of the most commonly encountered pollen types in the UK and reveals when each one is most prominent.

When is grass pollen season?

The pollen season is divided into three main phases: 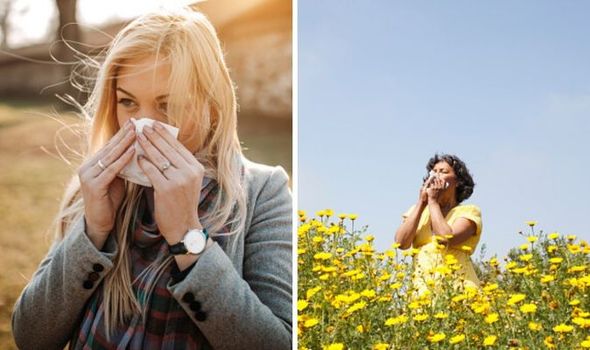 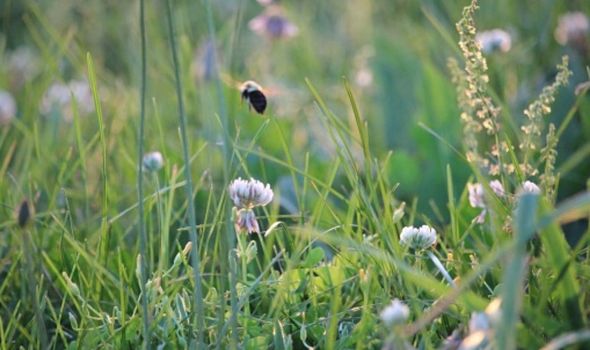 ukallergy.com explains that seasonal allergic rhinitis, commonly known as hayfever, is caused by exposure to grass pollen, tree pollen and other plant pollen which is released into the air.

Although the exact timing, peak and severity of pollen release changes every year due to the weather, wind, and temperature, there is a common pattern.

Alder is a deciduous tree, not dissimilar to hazel, hornbeam, oak, and chestnut.

“Alder is a wind-pollinated tree which flowers in March or April, producing clouds of yellow pollen during the peak months.”

Alder pollen pops up between January and April, peaking in March. 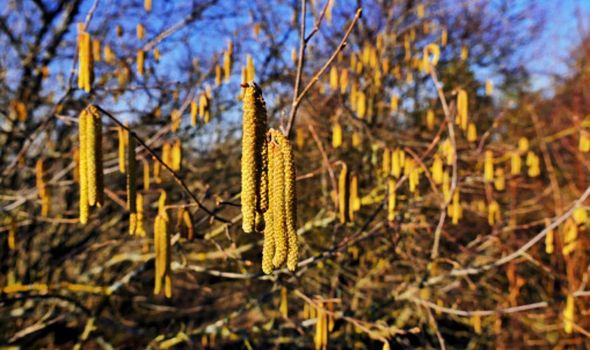 Between January and April, you may be exposed to hazel pollen.

It peaks in February to March, though, so we’re probably all clear of hazel pollen for now.

The website explains: “Hazel is a deciduous tree native to woods and hedgerows, and particularly the slopes of hills.

“Hazel is wind pollinated and flowers early in the year.”

Between January and April, there will be some yew pollen exposure, with it peaking in March.

ukallergy.com says: “Yew is a conifer growing to between 10 and 20 metres tall, and recognisable by its bright red berries.

“The needles, bark and seeds are highly toxic to humans and can be fatal if ingested or the volatile oils absorbed.

“Yews bloom and release abundant amounts of pollen in the spring.”

DON’T MISS…
Hay fever or coronavirus: How to tell the difference [EXPLAINER]
Coronavirus symptoms: How to tell if it’s NOT hayfever – key signs [EXPLAINER]
Pollen count: This condition could make you more prone to hay fever [INFORMER]

Elm pollen is most prominent between February and April, but peaks in March.

The website adds: “Elm is a tall deciduous tree growing to as much as 40m with a distinctive vase-shaped crown.

“It is found in woods and hedges as well as by roads and streams.”

You’re likely to be exposed to Willow pollen in March when it is at its peak, but the pollen is around between February and April.

ukallergy.com says: “Willows are small (3 to 15m) shrubs or trees commonly found in wet environments such as riverbanks and lake shores.

“They are closely related to aspens, cottonwoods and poplars.” 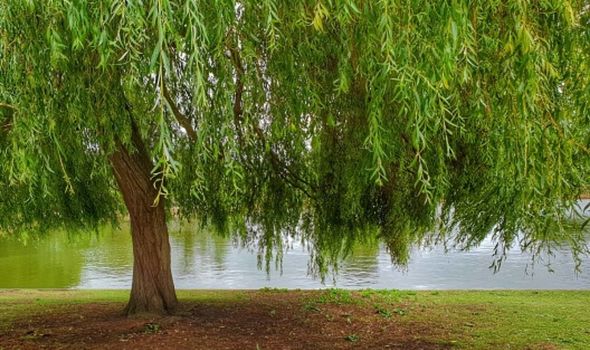 Poplar pollen has passed its March peak, but it’s likely to stick around until May.

The website explains: “Poplar is a medium-sized deciduous tree, growing to heights of up to 16 to 27m.

“It is common in towns and cities where it is often used along boulevards or around squares.”

Around 24 percent of hayfever sufferers are allergic to birch.

“The irritating pollen peaks in April and May, but will hang about until June.

The common silver birch is a single-stemmed, deciduous tree up to about 25 metres tall, with distinctive silvery bark,” says ukallergy.com, adding “birch pollen is highly allergenic and is a significant cause of asthma and rhinoconjunctivitis.”

The website says: “The European ash is a broad, deciduous tree, growing up to 35 m in height.

“Ash trees are wind-pollinated, with pollen travelling up to 110 metres from the tree.”

They spread large amounts of pollen during the flowering season, which in the UK is from March to May, with the peak occurring in April.

Over half of the trees found in central London are of this species. London plane is wind pollinated and pollination peaks during May, says ukallergy.com
“The London plane tree is easily identified by its distinctive bark which peels in large flakes.

“It is commonly found in urban areas of the UK, planted along streets and in squares.”

The website explains: “Oaks are large deciduous trees with broadly spreading canopies, found throughout the UK both in rural areas and in urban or suburban parkland.

“Flowering generally occurs in spring but may vary based on local temperatures and weather conditions, with pollination peaking around May.”

Oilseed rape pollen is partially wind-pollinated, with peak pollen release happening between May and June.

“Oilseed rape is a common food crop in the UK, grown principally for oil production,” says the global allergy and immunology website.

It says: “Oilseed rape fields are easily recognisable by the bright yellow flowers which are characteristic of this species.” 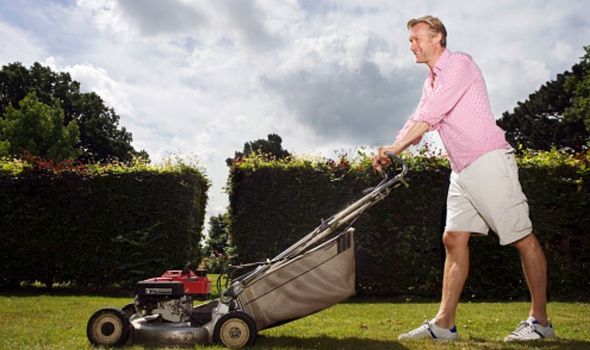 The UK allergy website describes the pine tree as a “coniferous tree growing up to 35m in height, with upward pointing branches and a narrow, tapering shape,”

The majority of species flower in April and pollen count peaks in May.

It says: “While the pollen count is high, the individual pollen grains are relatively large, which can reduce sensitisation.”

90 percent of hayfever sufferers are allergic to grass pollen.

It may also cause contact dermatitis in sensitised individuals.

In the UK the grass pollen season runs from spring through to early autumn, with its peak in summer.

“Activities such as mowing and baling of hay may increase levels of pollen locally,” warns the website.

Lime trees are a common ornamental tree in the UK, growing to as much as 30m tall, says ukallergy.com

They may be found in parks and ornamental gardens or lining streets or avenues.

“Limes flower in summer, with peak pollination usually occurring in June,” it says.

Nettles are a well-known weed which are renowned for their painful sting.

They can be found growing wild in wastelands, woodland, meadows and on railway embankments, explains ukallergy.com.

“Nettle pollen is not highly allergenic but may cause symptoms in sensitised individuals.

“The peak season for nettle pollen in June.”

The website says of Dock pollen: “It is mainly found in meadows and pasture land, as well as in some coastal areas.

“It is a small herb with reddish flowers which blossom as early as May or as late as September, depending on the prevailing conditions.
“In the UK, peak pollination is generally during June.”

Mugwort is a species of plant usually categorised as a weed, which can be found in wasteland, embankments and meadows.

Mugwort grows yellow or red-brown flowers, and they blossom from early summer until early autumn.

Mugwort pollen release peaks between July and August in the UK.