CRISTIAN MONTANO locked himself in a bathroom and was ready to die.

He had with him all the pills he could get his hands on, a knife and a bottle of vodka. 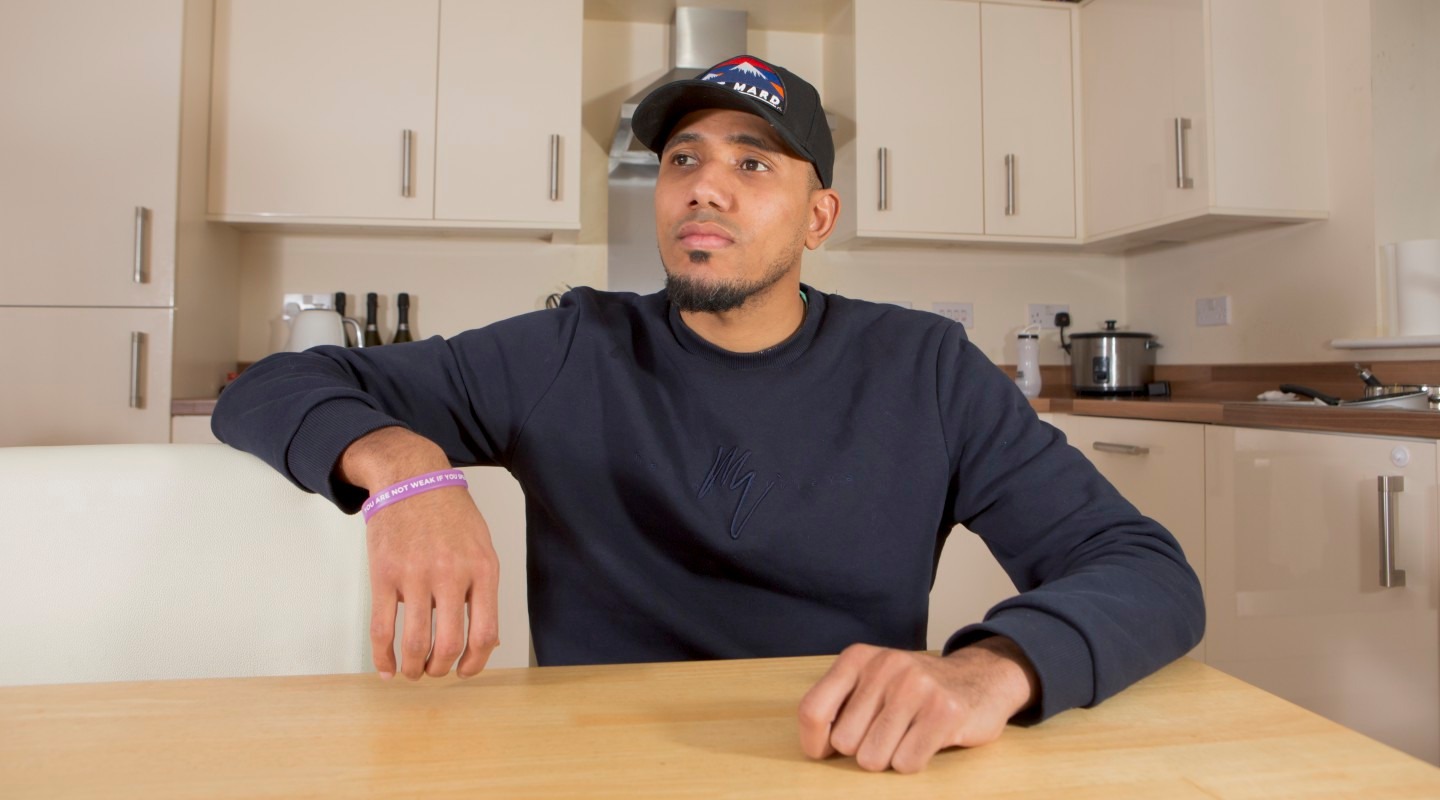 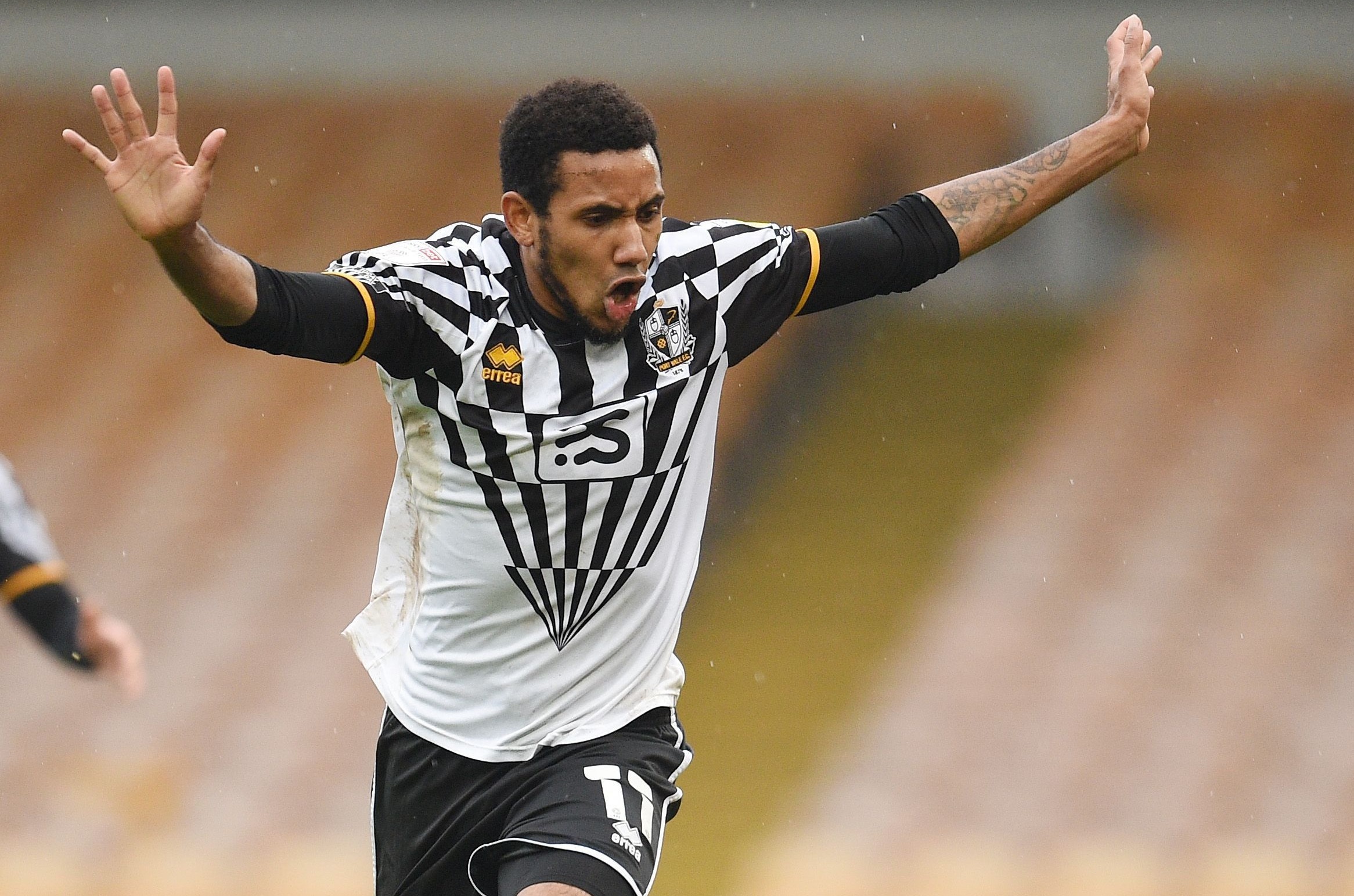 His mum María Cristina and girlfriend Jo-Hannah had just told him they were popping out shopping – giving him a chance to do what he had contemplated for weeks.

His life – in his mind – was no longer worth living.

The winger, now 28, was facing a trial accused of rape and being investigated by police after getting caught up in the high-profile 2013 match-fixing scandal.

Oldham Athletic had sacked him with his career and reputation in tatters.

Montano was trolled and abused mercilessly on Twitter and believed the whole world – including his family and loved ones – were against him.

He said: “I was in a bad place and had turned to alcohol, drinking heavily.

“I had no income and started to run up debts so budgeted myself to £10 a day. I’d buy a cheap litre of vodka instead of food and was downing it straight out of the bottle.

“I thought it was helping but it was ruining me.

“And it was at that point I started thinking, ‘I need to disappear from this world.’” 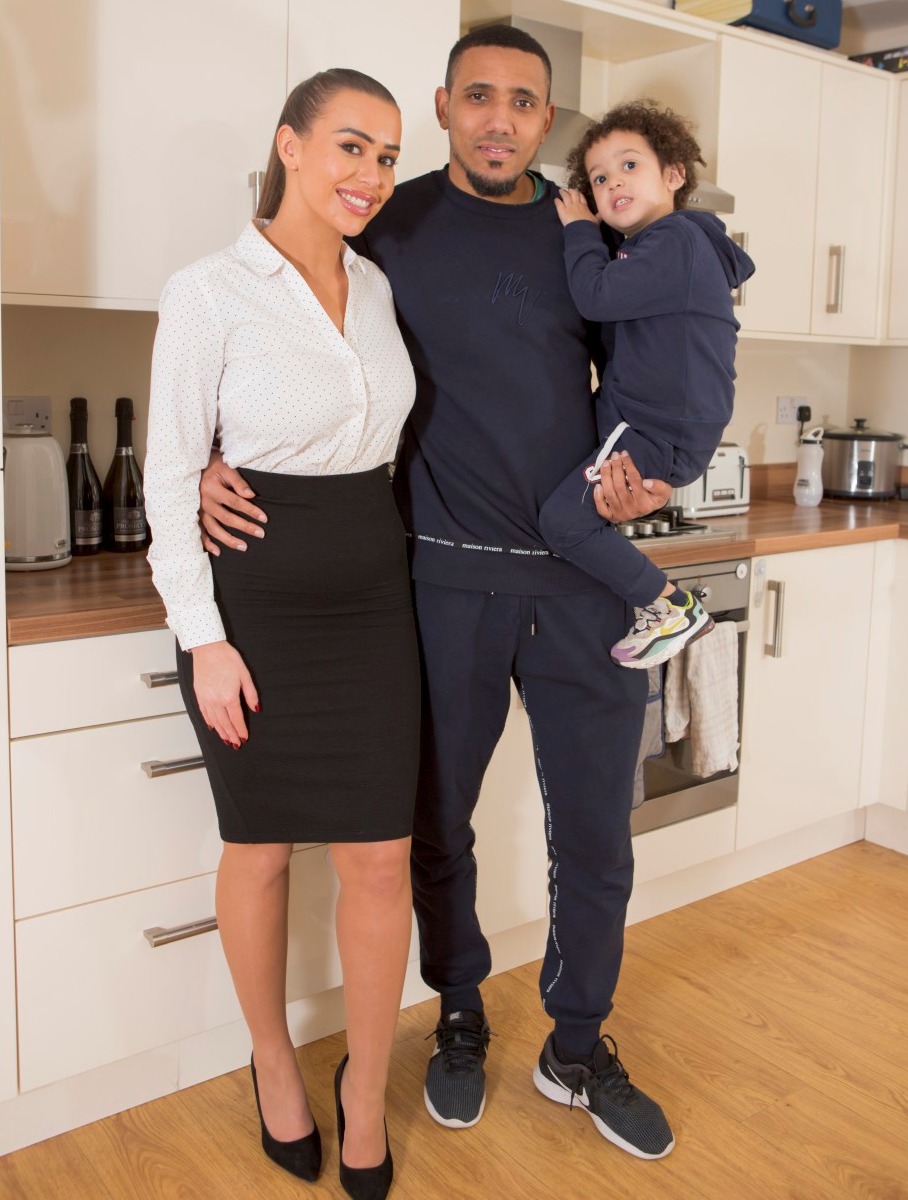 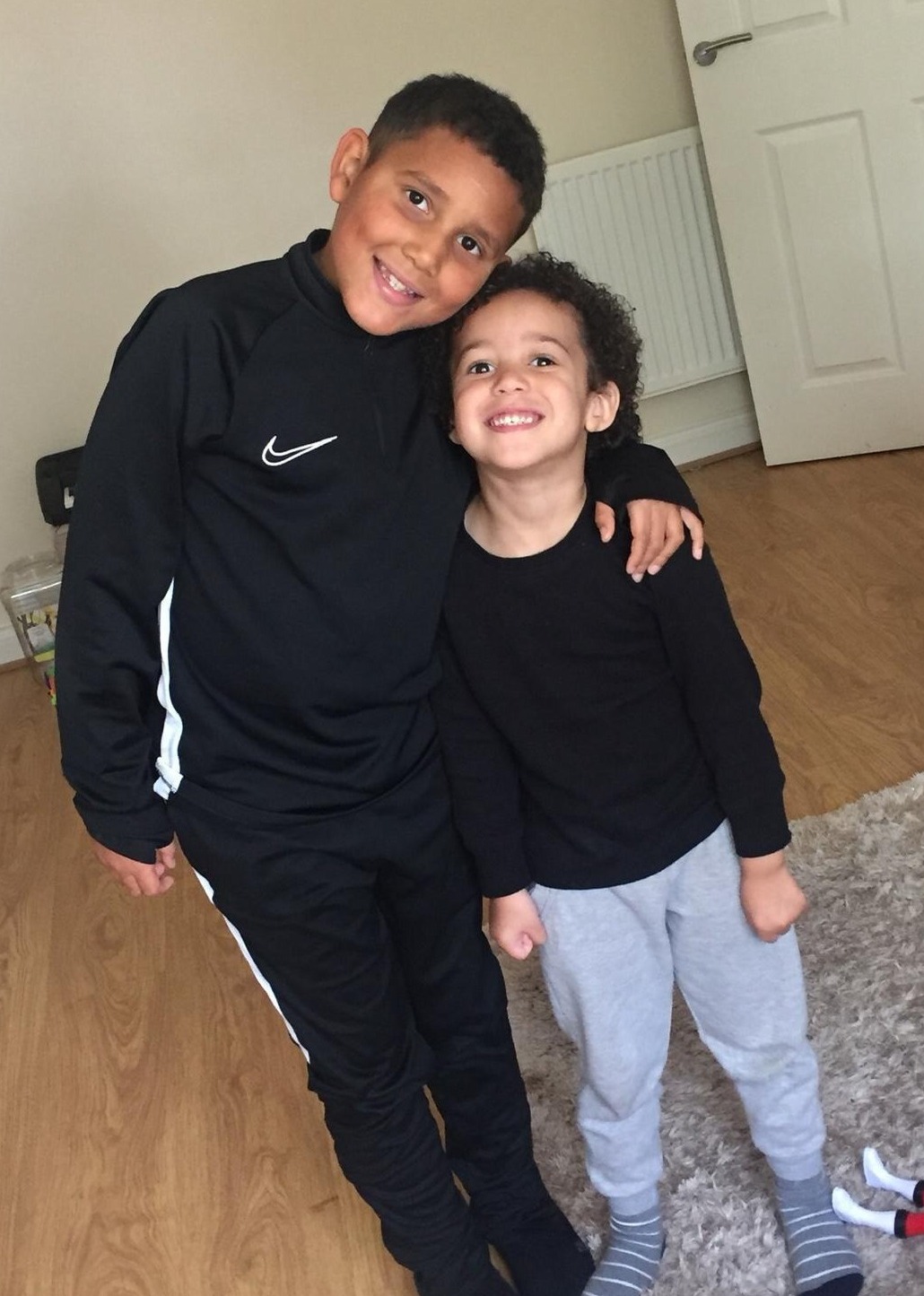 He is playing for Port Vale in League Two, is happily living with his fiancée Jo-Hannah and their four-year-old son Nico as well as having a close bond with his eight-year-son Cristian Junior from a previous relationship.

But his life was on the line when he was subject to a police investigation relating to allegations of spot-fixing and money laundering.

The case against the Colombian winger was eventually dropped while a no verdict was returned against him at the rape trial.

Yet on the morning of Sunday December 8 2013, the world was closing in on him.

He said: “I was in North London with my mum, girlfriend and Cristian Jnr and woke up to loads of Twitter messages on my phone. I was all over the news.

“Everyone was getting the wrong end of the stick and I wanted to tell everyone what actually happened. I said, ‘I was naive – but, promise you, mum, I’ve done nothing wrong.’"

Lee Johnson was the Oldham manager at the time and Montano promised to meet him in Manchester that day to explain the full story.

But Oldham director Barry Owen also contacted Montano and asked for the address he was staying at.

Within moments, officers from the National Crime Agency were at his door and arrested him on suspicion of money laundering and spot fixing and he was locked up in a cell. 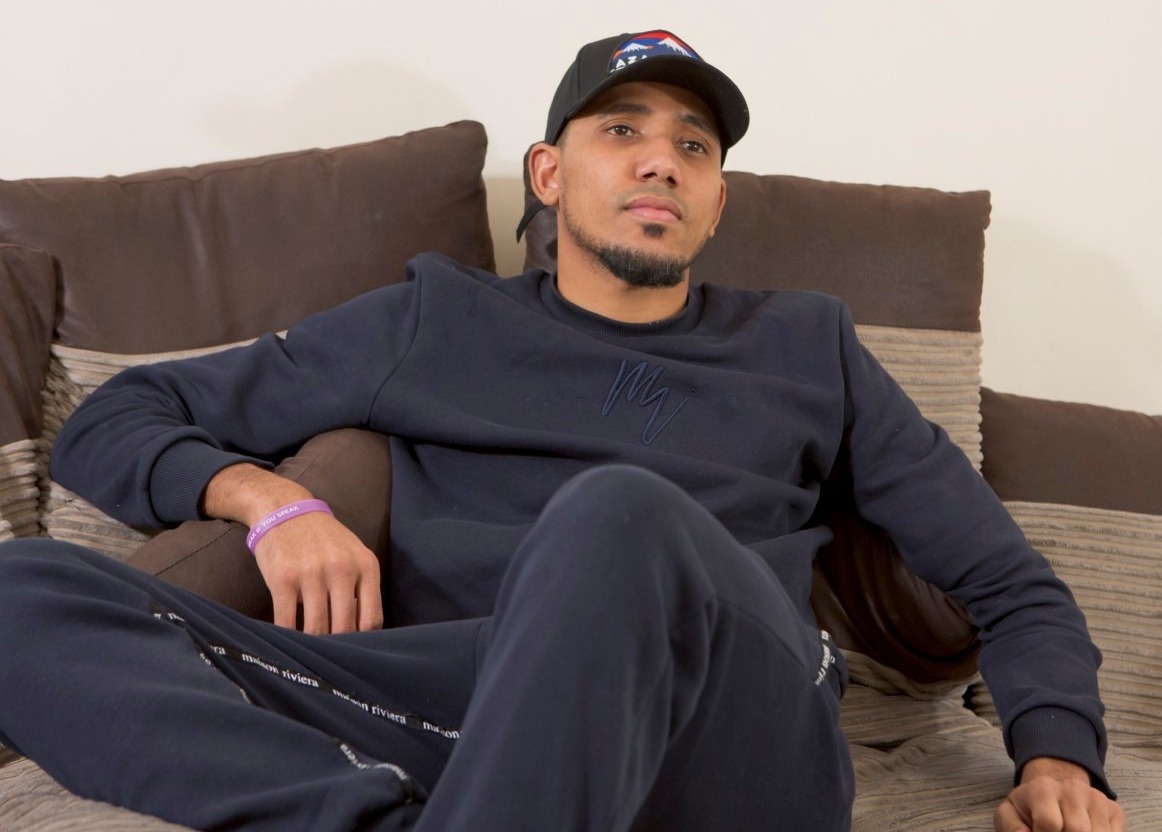 Montano said: “During the police interview, there was so much I wanted to say but was instructed to say ‘no comment’ throughout by my lawyer.

“When Jo-Hannah was eventually allowed to take me home, she was sobbing and told me I had been sacked by Oldham too.

“They released a statement and I thought, ‘How could they do that without giving me any opportunity to explain what had happened?

“Then so many people took to social media to tell me I had f****d my life and I should never play football again. And if I did return, someone should break my legs.

“I started to get paranoid and even thought my mum and girlfriend were against me.

“I was looking at up to 20 years in prison sentences and felt I had failed my son.”

And it reached a critical moment that almost ended tragically
Montano told me: “My mum and Jo-Hannah headed to the shops. I went into the bathroom and started running a bath to make everything look normal.

“As I was about to climb into the bath, I took a few pills and drank some vodka. I was ready to finish myself off.

“Then suddenly my mum and partner burst through the door. My mum shook me while Jo-Hannah shouted, ‘What are you doing, Cris?’

“They had sensed something was wrong and fooled me into thinking they were going to the shops. They wanted to see what I was going to do.

I was looking at up to 20 years in prison sentences. As I was about to climb into the bath, I took a few pills and drank some vodka. I was ready to finish myself off.

“It was at that moment I realised they were here for me. I turned around and said, ‘I’m going to turn my life around. I promise you.’”

And Montano has certainly done that. After the “no verdict” in the rape trial and the spot fixing and money laundering case dropped, he has rebuilt his life and career.

After a spell back in his native Colombia, he returned and helped Bristol Rovers to promotion and has been a firm favourite at Port Vale for the past three years.

Montano has this year started presenting a weekly podcast called Men Unite – where he and his friend Daniel Biddulph chats to various guests about mental illness. 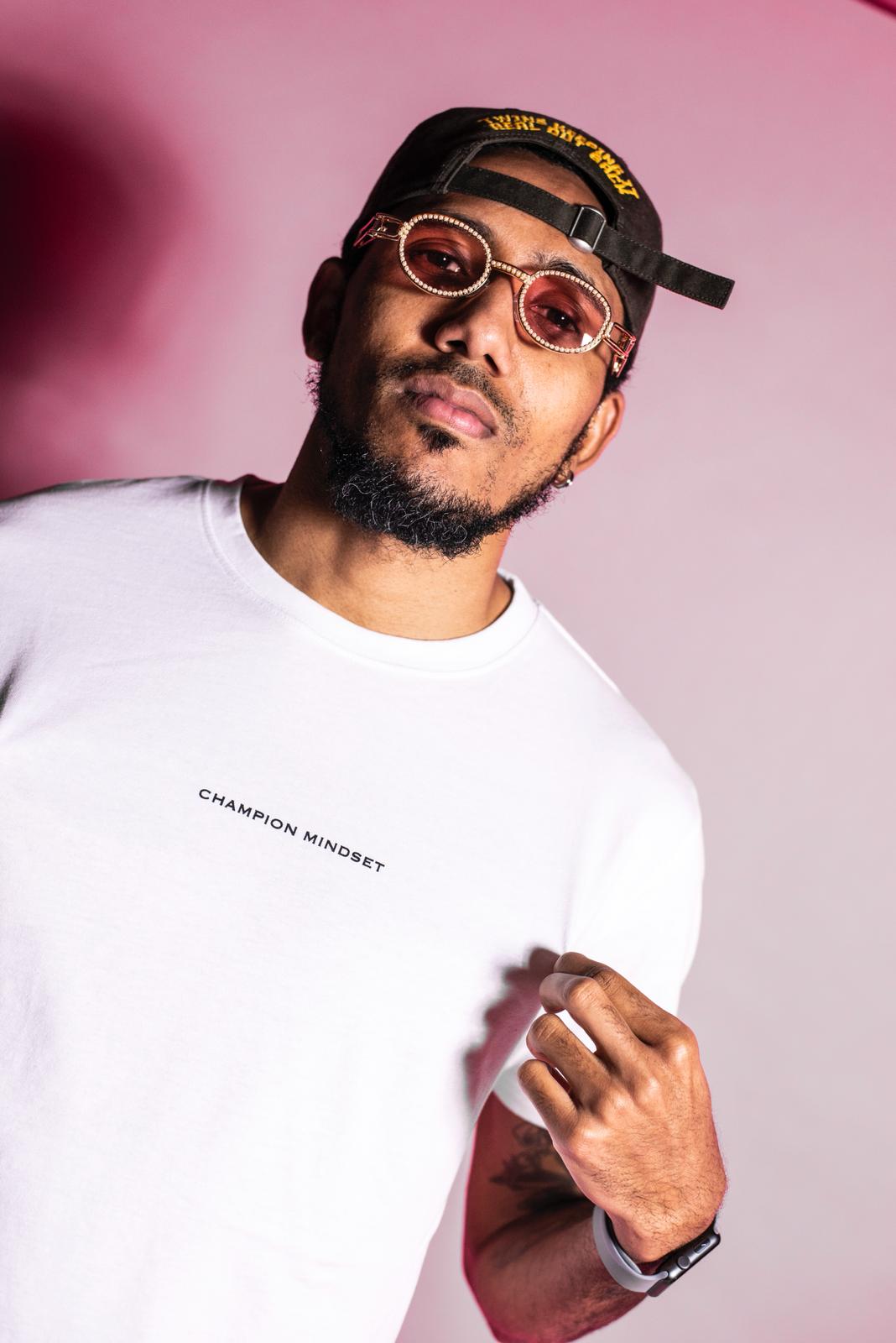 And he also has launched a clothes brand with three other pals, Joshua Fathi, Najee Fox and Winston George Williams, called Champion Mindset – with five per cent of profits going to mental health charities.

He said: “Mental illness has become even more prevalent because of the coronavirus lockdowns. I was able to overcome my obstacles by talking to people like my girlfriend and mum.

“If anyone is struggling out there, I want them to know they are now alone. We have a Facebook page called Men Unite and also menunited4change on Facebook and Instagram. Come and follow and join us. There is a lot of support.”

If you are affected by any of the issues raised in this article, please call the Samaritans for free on 16123.