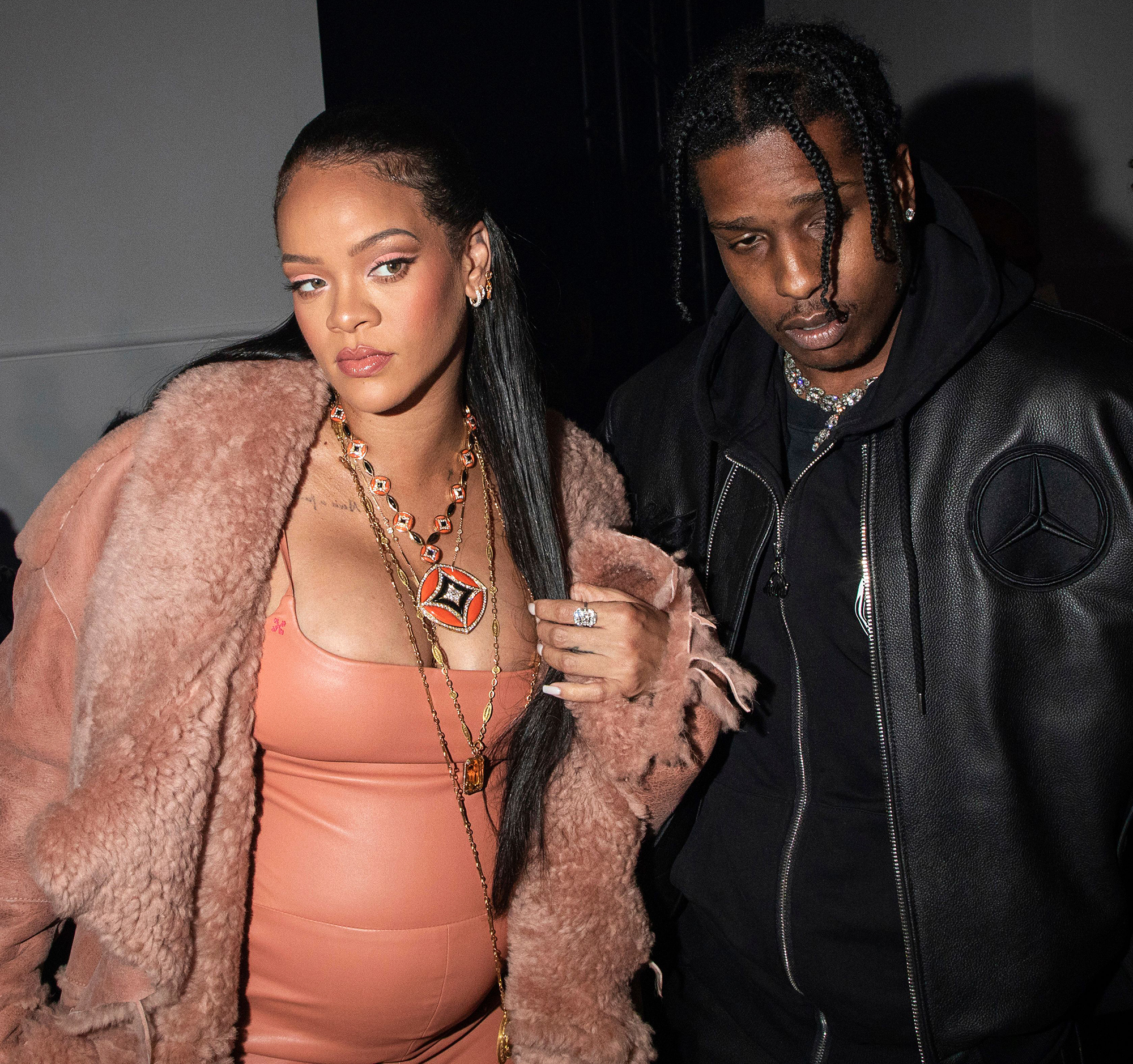 Following ASAP Rocky’s arrest, he was spotted with his pregnant girlfriend, Rihanna, for the first time since posting bail.

Rihanna and ASAP Rocky: A Complete Timeline of Their Relationship

The twosome — who were first linked in February 2020 — were photographed having dinner with friends and family in Santa Monica, California, on Saturday, April 23, according to photos obtained by Entertainment Tonight.

The 33-year-old “Fashion Killa” rapper was arrested several days earlier for assault with a deadly weapon. The LAPD took him into custody on Wednesday, April 20, after he and the Fenty founder, 34, returned home from their vacation in Barbados. According to a statement from the LAPD, Rocky (real name Rakim Mayers) was charged with assault with a deadly weapon following an alleged altercation in November 2021.

Per the police report, the musician got into a heated argument with an “acquaintance” and allegedly fired a handgun at the victim. Rocky reportedly fled the scene on foot alongside two other men. The victim sustained minor injuries. (The rapper’s representatives did not respond to Us Weekly’s request for comment at the time.)

The New York native was released Wednesday on $550,000 bail several hours later. His next court date is set for August 17.

“[Rihanna] is powerful and will do what she can to help him,” a source exclusively told Us shortly before their Santa Monica outing on Saturday. “She loves ASAP and wants him to be by her side when she gives birth.”

The Oceans 8 star confirmed in January that she and Rocky are expecting their first child together with a stylish maternity photo shoot.

“I wouldn’t say [we were] planning [to start a family],” Rihanna told Vogue earlier this month. “But certainly not planning against it. I don’t know when I ovulate or any of that type of s–t. We just had fun. And then it was just there on the test. … I called him inside and showed him. Then I was in the doctor’s office the next morning and our journey began.”

Following Rocky’s arrest, the pregnant pop star has not spoken much about the incident.

“She’s truly focused on her pregnancy and not trying to get too stressed,” the insider added. “She is very confident about everything and has told friends she just hopes for a positive outcome.”

The pair’s recent outing seemingly squashes breakup speculation from earlier this month when the “Praise the Lord” musician was accused of cheating on Rihanna with Amina Muaddi. The designer, who works for Fenty, has since publicly denied the allegations.