Rihanna is going to be a mom! The “Diamonds” songstress is pregnant her and boyfriend ASAP Rocky’s first child.

The 33-year-old debuted her baby bump on Friday, January 28, showing off her bare belly on the streets of New York City on a snowy stroll with her beau.

The Fenty designer and the “Praise the Lord” rapper, 32, are longtime friends. While relationship rumors circulated around the pals for years, they denied speculation multiple times – until Rocky called Rihanna “the love of [his] life” in May 2021. 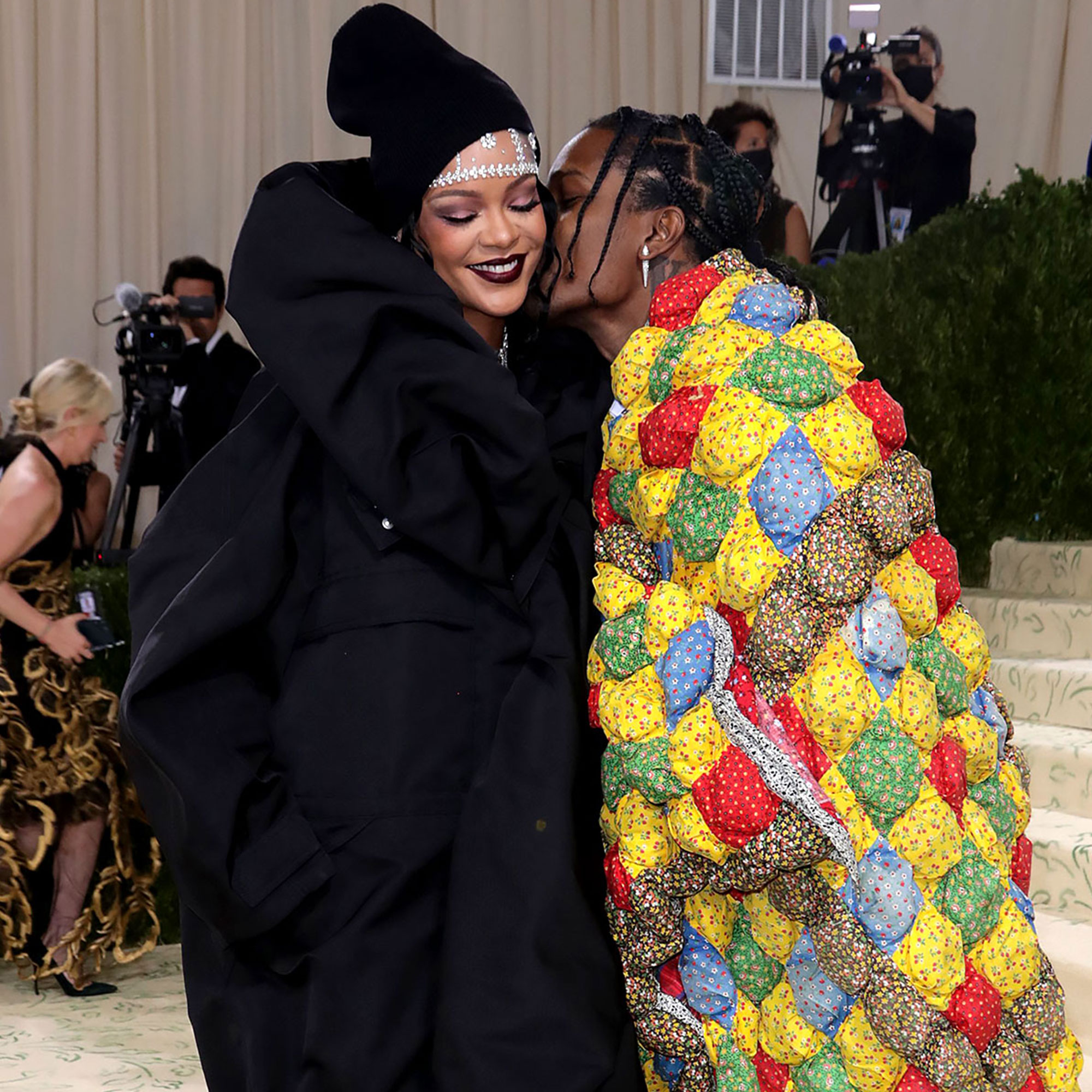 The New York native also referred to his girlfriend as “The One,” gushing to GQ at the time: “She amounts to probably, like, a million of the other ones. I think when you know, you know.”

A source exclusively told Us one month prior that the pair were “each other’s best friend.” The insider explained in April 2021: “They kid around a lot [and] laugh a lot. They have private date nights together a lot and have a blast hanging out together. They’re not necessarily hiding the fact that they’re dating — they more so just don’t want people in their business. They’re two chill people that don’t want that kind of attention, so they show up randomly to a spot and nobody really knows until afterward.”

‘Forbes’ List of the World’s Highest-Paid Women In Music

While Rihanna rarely opens up about her love life, she gushed about her desires to be a mother during a June 2019 interview, telling Sarah Paulson that she wants a child “more than anything in life.”

As for Rocky, he told GQ that he would “absolutely” have children if it was his “destiny.” The A$AP Mob member said, “I think I’d be an incredible, remarkably, overall amazing dad. I would have a very fly child.”

Rihanna previously dated Hassan Jameel, Chris Brown and Drake. While the “Umbrella” singer’s relationship with the “Freaky Friday” crooner was tumultuous — Brown pleaded guilty in 2009 to physically assaulting her — a source previously told Us that they were still in contact.

“They are extremely supportive of each other’s projects,” the source said in November 2018. “There is a lot of history between the two of them. Rihanna is aware that there will be concern about her friendship with Chris, but she can handle herself.”