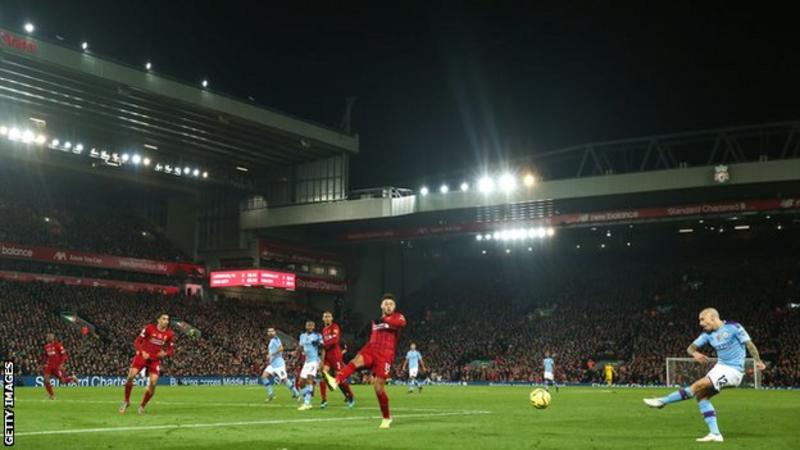 Premier League players are “mindful of their social responsibilities” and “prepared to step up to the mark” during the coronavirus pandemic, says Professional Footballers’ Association chief executive Gordon Taylor.

Talks are ongoing about a collective pay deal in response to the crisis.

The Premier League proposed a 30% pay cut, but the PFA said it would harm the NHS.

“It is a question of asking players to be involved,” Taylor told BBC Sport.

“The question needs to come from the clubs and then to open up on the table and say it is not a question of us using your money for purposes you don’t want.”

Premier League players are set to start negotiations on a club-by-club basis over proposed wage cuts after talks broke down without resolution over the weekend.

Four top-flight clubs – Newcastle, Tottenham, Bournemouth and Norwich – have placed some non-playing staff on furlough leave under the government’s coronavirus job retention scheme, increasing the pressure on players to take a pay cut.

On Monday, Premier League leaders Liverpool reversed the decision to furlough some staff after criticism from fans and former players.

“It is not for me to tell clubs how to run their businesses. It is for me to look at the players’ side of things,” said Taylor.

“A football club is an entity involving non-playing staff – they need to look at the position of non-playing staff, the youngsters at clubs, the academies, the community programmes in their own areas and the bigger picture of the national health.

“I can only repeat that the players are mindful of their social responsibilities and they are quite prepared to step up to the mark to deal with it.”

Taylor said all parties involved in the talks “can agree” if there are “full and frank discussions” between clubs, owners and players.

Players are understood to be wary of agreeing pay cuts that would help billionaire owners save money which may subsequently be spent on transfers.

“The players want to do their bit into the charity that they would donate to. They didn’t want money being used for things that they didn’t agree with,” said Taylor.

“We have to deal with this on a club-by-club basis. It is the hardest way but I believe it is the best way.”

Former England captain and current Derby striker Wayne Rooney said players have been left in a “no-win situation”, and Taylor agreed they were “very put out that they were being put in a corner”.

“Many players have their own charity foundations and, within their contracts, players give six hours a week to community activities,” said Taylor.

“It is unfair the Secretary of State singled out footballers because of their profile – they are not self-employed, they do pay tax and they do contribute.”

‘Taylor has let players down’

Former England and Arsenal striker Ian Wright accused the PFA of “being terribly slow to react” to react to the crisis and not offering enough support to Premier League players.

“It’s embarrassing,” he told BBC Radio 5 Live’s Monday Night Club. “They should be speaking on the frontline – that’s what they are paid for. They are a union.

“The players are paying them to make these decisions. The players shouldn’t have to take these bullets.”

Ex-England and Blackburn striker Chris Sutton described Taylor as “out of touch”.

“These are the times you need your union boss and once he again he has let them down. He has waffled,” Sutton said.

“He is out of touch. You can see it in these moments. There is a crisis on in this country and you need a decisive head. It is a huge problem.

“This is what he is paid his vast wages for. He needs to help his members. He is setting this up so the public are turning against them.”

‘Finish the season no matter how long it takes’

Taylor said completing the season remains “top of the agenda” and that everybody in the game, including broadcasters, needs to be flexible, “no matter how long it takes.”

He added that players “would talk about [wage] deferrals in the hope that we could keep this season going eventually” in the current talks.

He suggested that, with the 2022 World Cup set to take place in Qatar in November and December, the current season could be finished this winter, with the 2021 campaign taking place during the calendar year.

“It needs to have ideas that come from left of stage to deal with what is a unique situation,” Taylor said.

If the season needs to be completed behind closed doors, Taylor said players would understand there would be no gate receipts and that different discussions would then need to take place.

“If we can’t play in front of full stadiums then the different scenarios would be looked at at the time,” he said.