LEICESTER will start the 2021-22 Premier League season as favourites IF the 'big six' join the European Super League, according to bookmakers Betfair.

Arsenal, Chelsea, Liverpool, Manchester City, Manchester United and Tottenham have confirmed they will be among 12 founding members of the breakaway competition. 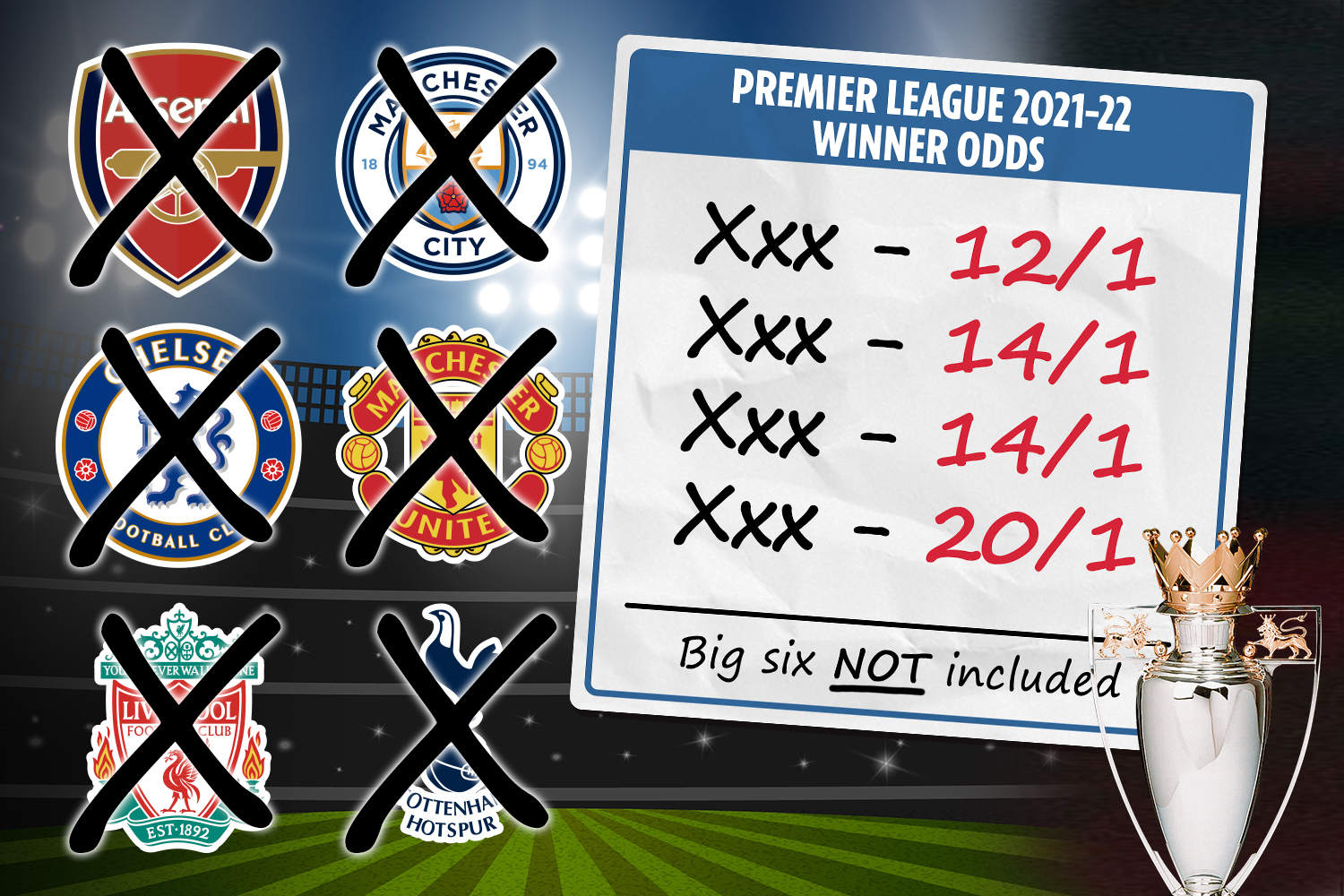 But going through with the heavily criticised proposals could see them omitted from the Premier League.

UEFA has warned clubs linked to a breakaway Super League that they could be banned from domestic and international competitions.

Their statement on Monday read: "The clubs concerned will be banned from playing in any other competition at domestic, European or world level.

"And their players could be denied the opportunity to represent their national teams."

And with the 'big six' out of the picture, it's Brendan Rodgers' Foxes who are fancied to lift the Premier League trophy.

Everton and West Ham are next in the betting market at 14/1.

The Toffees have won the English First Division NINE times in their history with the last coming in 1987.

However, they have never landed a title since the Premier League was officially formed in 1992.

Leeds are the fourth and final club to have been priced up by Betfair, and are available at odds of 20/1.

Those prices could sharply rise or fall depending on whether the 'big six' continue with their breakaway plans and the resulting decisions made by football's governing bodies.

And today, the Premier League and FA released a statement of their own.

It said: "The Premier League, alongside The FA, met with clubs today to discuss the immediate implications of the Super League proposal.

"The 14 clubs at the meeting unanimously and vigorously rejected the plans for the competition.

"The Premier League is considering all actions available to prevent it from progressing, as well as holding those Shareholders involved to account under its rules. "