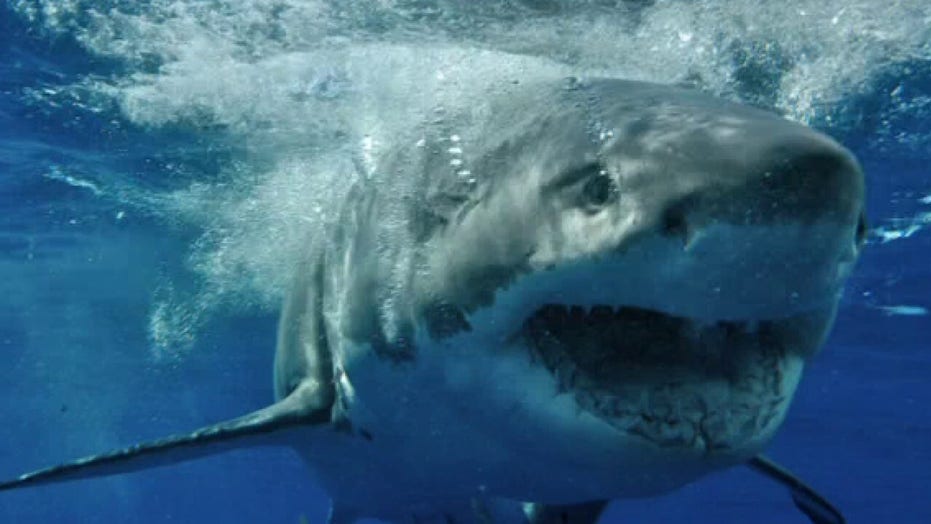 Larua Ingle reports on shark attacks in Florida and sightings in New York.

A professional surfer in Australia had a narrow escape captured on video after a great white shark came within inches of him on Wednesday.

World championship tour surfer Matt Wilkinson was off the coast of Ballina in northern New South Wales state when a shark quickly swam up behind him.

“I was surfing out the back at Sharpes Beach and just cruising on my own and I heard a splash and a noise and looked around and couldn’t see anything,” Wilkinson said in a statement from Surf Life Saving NWS. “Then the drone came down and told me that there was a dangerous shark in the area, return to the beach."

Video released by the Surf Life Saving NSW drone showed the close encounter as the shark surfaced behind Wilkinson.

Wilkinson was alerted with a recorded message by a drone flown by Surf Life Saving NWS, which the service operates every day during school holidays at 34 beaches.

Drone operator Beau Monks said he’d just launched his seventh drone flight of the day when he spotted the shark near Wilkinson.

“It sort of came out of nowhere, then went right up to Matt. It moved pretty fast," he said in a news release. "I was tracking it and notified the lifeguards and used the speaker on the drone to get everyone out of the water. Within 10 seconds it was at the surfer and five seconds later it was gone."

The beach was closed after the incident. 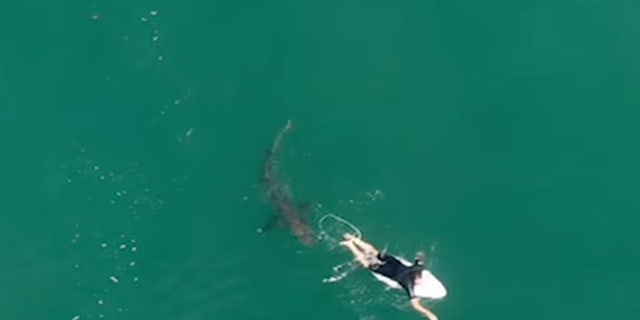 Officials said that a drone provided vital "only a few weeks ago" when a large shark was spotted near surfers at the Tweed Coast Pro World Surf League event at Cabarita.

The event start was postponed until the area was clear and safe for the competition to commence.

Wilkinson said he felt "grateful and pretty weird" after seeing the footage, adding that he was "glad today the shark reconsidered at the last second."

"I called my wife because I didn’t want her to see the footage before I saw it," he said. "She doesn’t want me surfing for a couple of days now.”