Queen mother was nothing like her 'dour' portrayal in The Crown

Queen mother was nothing like her ‘dour’ portrayal in The Crown – and learned to do an Ali G impersonation from Prince William and Prince Harry, royal author reveals

People who knew the Queen Mother have been ‘horrified’ by her ‘dour’ portrayal on the Crown, a royal author has claimed.

Speaking during the latest episode of True Royalty TV’s The Royal Beat, historian and royal expert Gareth Russell said that people close to the late royal were ‘quite upset’ at how Peter Morgan’s show on Netflix portrayed her.

Russell, who penned Do Let’s Have Another Drink: The Singular Wit and Double Measures of Queen Elizabeth the Queen Mother, said she was nothing like her portrayal in the show.

He revealed that the Queen Mother, who was 101 when she died in 2002, learned to do an impression of Sacha Baron Cohen’s satiric character Ali G after finding Prince William and Prince laughing at the comedian’s skit. 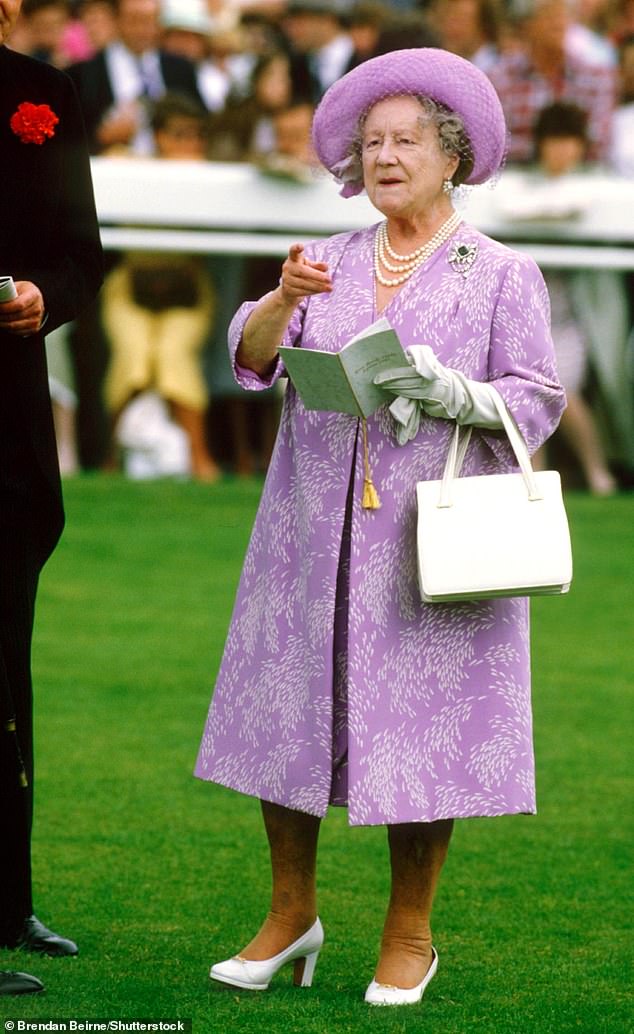 People who knew the Queen Mother, pictured in 1985, have been ‘horrified’ by her ‘dour’ portrayal on the Crown, a royal author has claimed 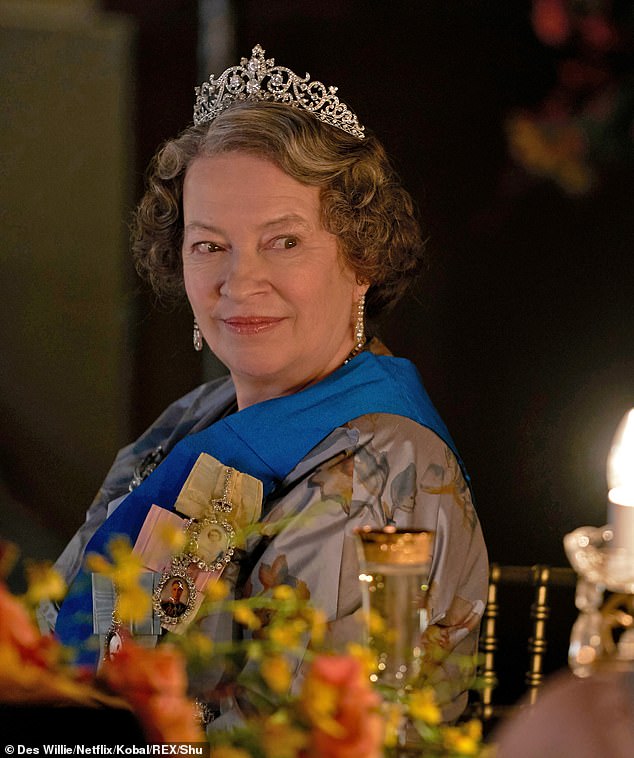 Historian and royal expert Gareth Russell said that people close to the late royal were ‘quite upset’ at how Peter Morgan’s show on Netflix portrayed her, as she appeared ‘relentingly dour.’ Pictured: Marion Bailey in the role for series 3

‘The Crown presented the Queen Mother as so unrelentingly dour. Some of the people I spoke to, they were quite upset, particularly [with her] portrayal in season three and four,’ Russell told the show.

‘I think a lot of people who had known the Queen Mother were fairly horrified by how she was presented,’ he added.

‘Season one they didn’t think was too far off the mark, season two they were starting to worry, season three they were worried, season four they were horrified. One of them said, “By season four, anything The Queen Mother does on screen you can assume the real one did the opposite”,’ he went on.

He went on to reveal that Queen Elizabeth’s mother had managed to keep up with the times and pop culture references in her last years thanks to her great-grand-sons. 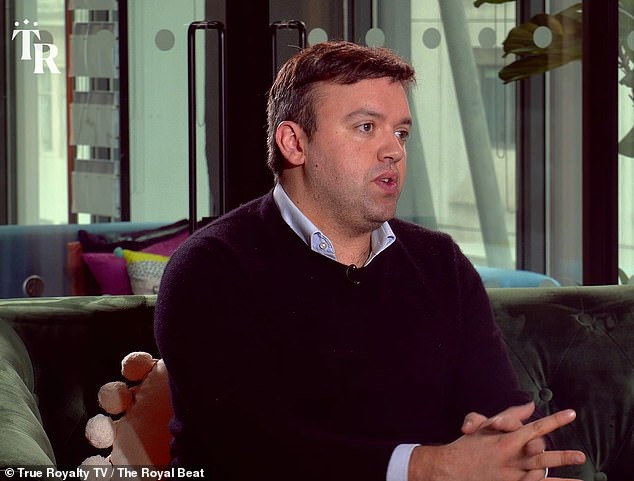 Russell, who penned Do Let’s Have Another Drink: The Singular Wit and Double Measures of Queen Elizabeth the Queen Mother, said she was nothing like she appeared on the show

‘The Queen Mother learned the Ali G impression, one of his catchphrases, and used it on the Queen at Christmas lunch at Sandringham,’ Russell revealed.

‘She said, “Dinner was lovely darling, respect”. She [learnt it from when] she’d come in and found William and Harry roaring with laughter at this Sacha Baron Cohen special, and they taught her. She was a great mimic,” he added.

‘When Camilla and Charles made [their relationship] more formal, [the Queen Mother] was not pleased at all,’ she said.

‘Charles never would have married Camilla had his grandmother been alive,’ she added.

The Queen Mother was played by Victoria Hamilton in the first two series of The Crown, before the role went to Marion Bailey for series 3 and 4, where the character took a backseat from the main drama and only made a few appearances.

Now Marcia Warren will play her in the upcoming series five, which will be released on November 9, and series six, which is currently filming. 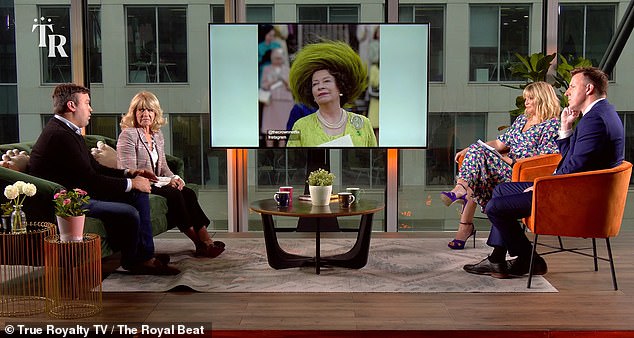 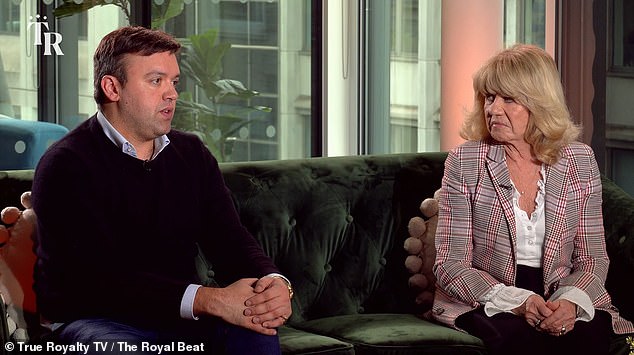 This comes as Netflix has quietly added a disclaimer to its marketing for The Crown after a backlash over its blurring of fact and fiction.

In an apparent climbdown by the streaming giant, the trailer for the upcoming series of its hit drama, which was released last week, was accompanied by the description: ‘Inspired by real events, this fictional dramatisation tells the story of Queen Elizabeth II and the political and personal events that shaped her reign.’

No trailers for previous series of The Crown on Netflix’s YouTube channel have carried such a disclaimer.

The Crown’s official Twitter account also appears to have been updated in the past month to add the message reminding people it is ‘fictional’. 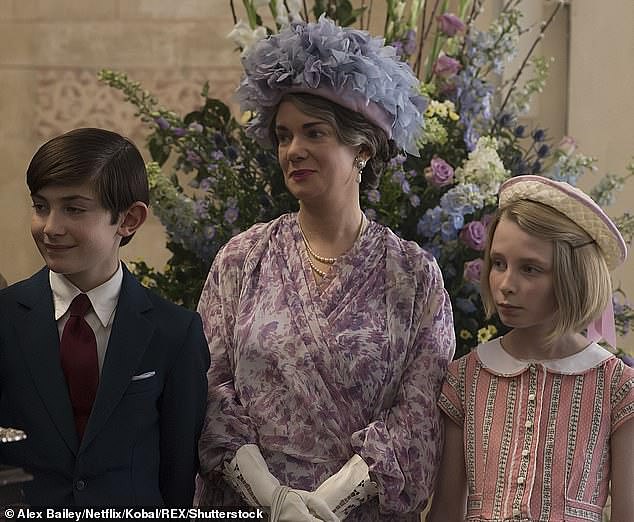 The Queen Mother was played by Victoria Hamilton in the first two series of The Crown, which focuses on Queen Elizabeth’s first years as a monarch

The trailer, featuring Elizabeth Debicki as Diana, showed the late princess sitting down for her infamous 1995 Panorama interview with disgraced ex-BBC journalist Martin Bashir as her voiceover says: ‘I won’t go quietly.’

Netflix has faced a fierce backlash over the latest series, which is set to air on November 9. However, it had, until now, repeatedly resisted calls for it to carry a disclaimer.

Actress Dame Judi Dench accused the show of being ‘cruelly unjust’ and backed calls for a disclaimer.

Dame Judi, 87, who has played Elizabeth I and Queen Victoria, said the series risked damaging the monarchy. The Oscar-winning actress blamed it for ‘crude sensationalism’ and blurring fact and fiction.

In a letter to The Times newspaper last week, she called on Netflix to display a disclaimer at the start of each episode to say it is ‘fictionalised drama’. She said it would also show respect for the bereavement suffered by the Royal Family and the nation.

A Netflix spokesman said: ‘The Crown has always been presented as a drama based on historical events.

‘Series five is a fictional dramatisation, imagining what could have happened behind closed doors during a significant decade for the Royal Family – one that has already been scrutinised and well documented by journalists, biographers and historians.’

The Crown has been a huge hit for Netflix. Each episode now costs around £11.5million.

The Royal Beat is available on True Royalty TV