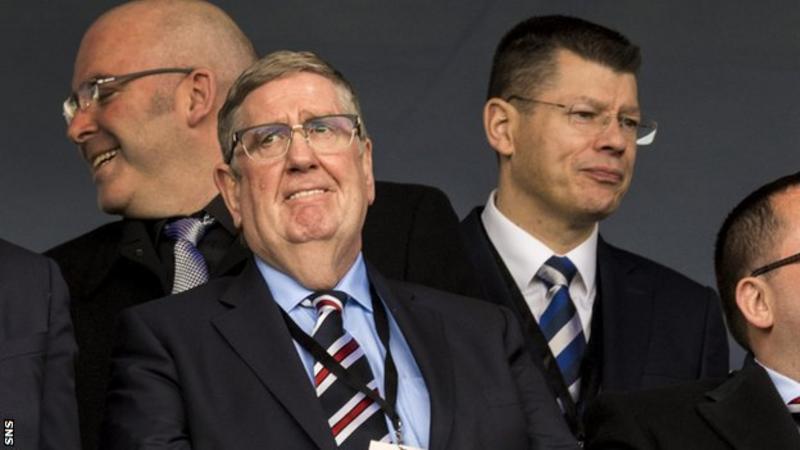 Rangers say they will produce evidence supporting their push for an independent investigation of the SPFL “well in advance of a general meeting”.

On Friday, Rangers announced they have requested a summit of all 42 clubs with a view to an inquiry into the resolution on ending the season.

A probe, commissioned by the SPFL, into Dundee’s belatedly decisive vote found “no evidence of impropriety”.

Rangers say a wide-ranging inquiry can help restore “confidence” in the SPFL.

The Scottish Premiership side previously claimed to have a “dossier of evidence” and proof of clubs being “bullied” by the SPFL to vote in favour of the resolution.

“It has always been Rangers’ intention to produce our evidence at the appropriate time,” the Ibrox club’s statement said.

“There are key issues to be discussed and agreed within Scottish football including the circumstances and dates on which football can resume, the health and safety of all involved and the financial implications for members.

“It is vital that those involved in making those decisions have the confidence and support of member clubs. An independent investigation provides a route to achieving this.”

After Dundee retracted their no vote and backed the SPFL proposal, it was passed by an 81% majority of clubs, prematurely ending the lower-league season and providing a mandate for the Premiership to also be cut short.

Rangers say their requisition for a general meeting is supported by “other clubs”, with the backing of three teams required.

The matter is to be discussed by the SPFL board – of which Rangers’ managing director Stewart Robertson is a member – on Monday.

Should a general meeting be held, Rangers’ call for an investigation would go to a ballot, with 32 of 42 member clubs having to vote in favour for it to pass.