Recycling rules leave millions of Britons confused – What goes in? 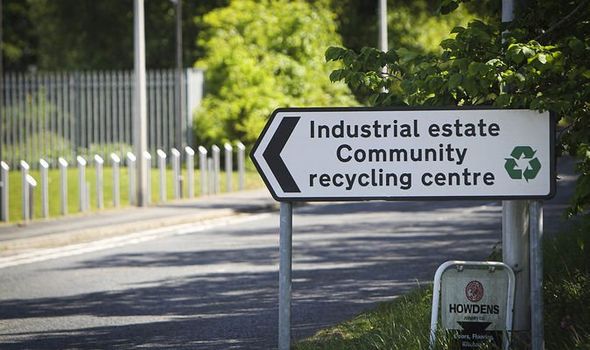 Eighty-seven percent point the finger at local councils – arguing they should be clearer about what they will or will not collect. While eight in 10 are frustrated at inconsistencies among local authorities which ‘appear’ to make their own rules based on funding decisions. But their grievances don’t end there.

The research of 2,000 adults commissioned by Lavazza Eco Caps, found 72 percent also think the recycling instructions on food packaging are not clear enough.

A spokesman for Lavazza, which has teamed-up with TerraCycle to launch a nationwide composting scheme for its used coffee capsules, said: “The research shows just how confusing we find recycling and composting to be.

“It can be tricky getting your head round why one type of material is recyclable, and another apparently similar material isn’t.

“And this frustration is completely understandable – there does appear to be a lack of clarity when it comes to recycling and different recycling processes.”

The research identified many of the specific items which are a source of confusion among adults – with many wrongly thinking items are widely recycled when they are not.

Amid this, 84 percent believe local councils should make a greater effort to recycle a wider range of household items.

And it’s not just what can or can’t be recycled which is an area of confusion.

Many of those polled aren’t clear on recycling processes such as composting – in fact, a fifth said they don’t know what “compostable” means.

And more than half don’t know the difference between industrial composting and home composting.

The study, carried out through OnePoll, found 86 percent care about recycling.

In fact, six in 10 said they make a concerted effort to buy items which come in recyclable packaging.

While a third said they would be willing to pay more for goods packaged in this way.

Although more than half believe they should and would like to be recycling more than they do currently.

Laure Cucuron, the general manager of TerraCycle Europe said: “Currently there is limited availability across the UK in terms of the industrial composting facilities needed to compost many products.

“So we are delighted to partner with Lavazza to provide consumers a simple yet effective way to ensure that the new Lavazza Eco Caps are composted correctly.

“Simply find your nearest public access drop-off location using the interactive map on the TerraCycle website, drop off the Eco Caps during the designated hours and rest safe in the knowledge that they will be industrially composted.

“The resulting material is given a second life as useful nutrient rich compost which compliments crop growth.”