Relief for Borussia Dortmund as the Bundesliga gets ready to return 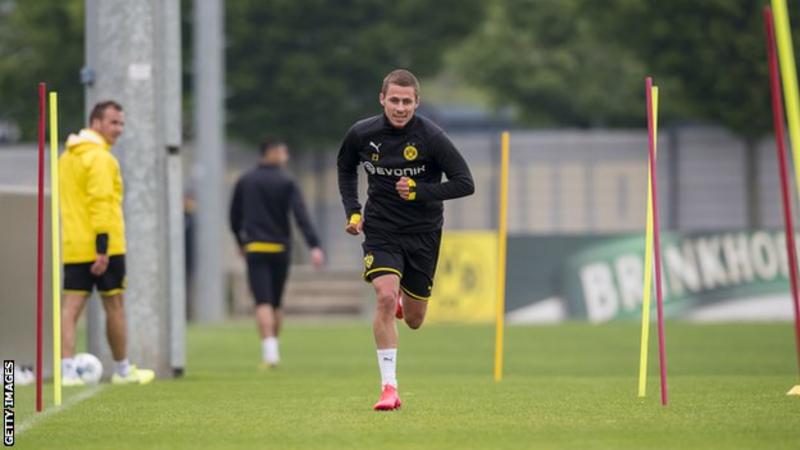 A player testing positive for coronavirus will not be a “catastrophe” for the Bundesliga, says Borussia Dortmund’s managing director.

Germany’s top flight will become the first major football league in Europe to return to competition this weekend.

“We are relieved football is coming back,” Carsten Cramer told BBC Sport.

“The moment they say ‘Dortmund, you have too many positive tests’ we have to make a decision. Right now we have always had negative tests.”

Three people at Cologne tested positive for coronavirus two weeks ago, while Dynamo Dresden, who play in the second tier of German football, have put their entire squad and coaching staff into two-week isolation after two players tested positive for the virus.

Every Bundesliga team has been in quarantine, going from a hotel to their training ground for the week leading up to this weekend’s return.

This weekend’s matches include the derby between Dortmund and Schalke on Saturday (14:30 BST) and Union Berlin at home to leaders Bayern Munich on Sunday (17:00 BST).

Cramer said the return of games was vital for the financial future of clubs and the league.

“A positive test won’t be a catastrophe as long as we have the rules and recommendations for how to get along with it,” he added.

“We are relieved and satisfied we can restart because without a restart not only Dortmund, but the Bundesliga would get in really big problems.”

All nine games spread over Saturday, Sunday and Monday will be played behind closed doors.

Cramer said police would be on patrol outside Dortmund’s Westfalenstadion to ensure fans did not gather during their game.

“We’d never prefer to play without spectators but in a crisis like this, without any alternative, going behind the curtain is better than no games,” he said.

“I can’t be 100% sure, but I’m very sure this won’t become a problem. There will be security and police around the stadium. In Germany it’s still forbidden to be outside with more than three people.”

However, the former Manchester City player and Leeds United boss said there was a “willingness” to return to action after the Bundesliga was put on hold 10 weeks ago.

“Of course there is a lot of nervousness, there’s a lot of questions to be answered but I think it’s helped us the last week that we could train in full contact now,” added Rosler, who discovered he had cancer in 2003. 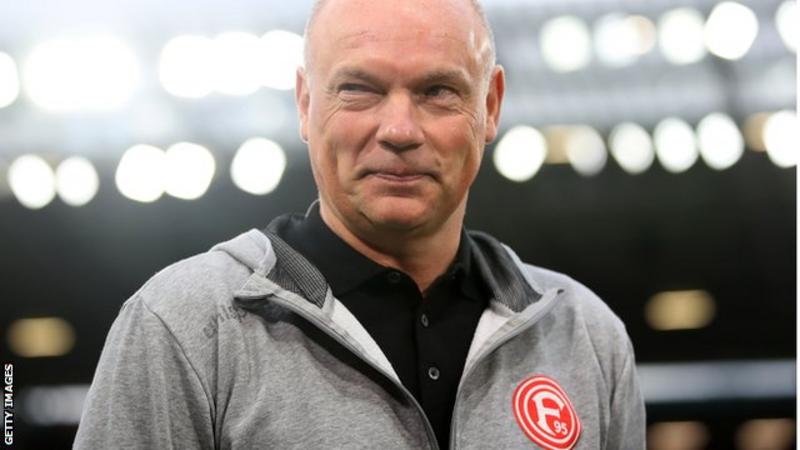 “I think the main thing is how we get the focus in general back to winning football matches because there is a of things going through all our minds, 24/7.”

Rosler’s side sit 16th in the table and entertain bottom club Paderborn on Saturday (14:30 BST).

The 23-year-old has made 23 Bundesliga starts since moving to Germany on a season-long loan last summer.

“Schalke have made me feel really comfortable about going out and playing,” said Kenny, whose side sit sixth in the table before their derby at Borussia Dortmund.