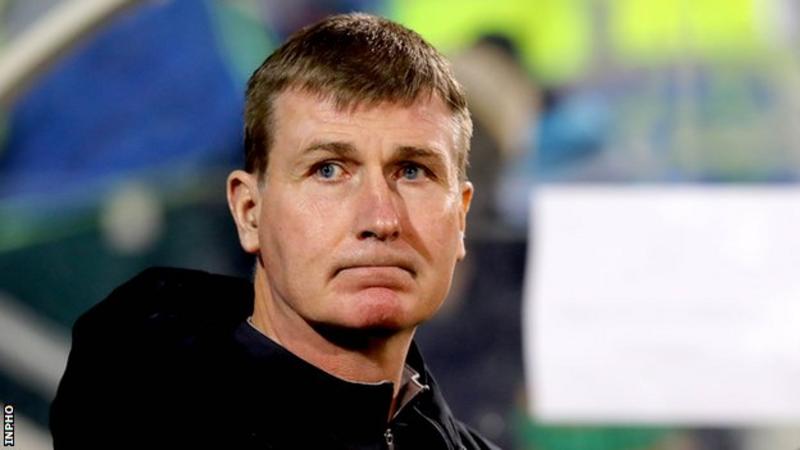 Stephen Kenny is to succeed Mick McCarthy as Republic of Ireland manager with immediate effect, the Football Association of Ireland has announced.

Kenny was already set to replace McCarthy after Euro 2020 but the postponement of the play-offs and the tournament itself until 2021 because of Covid-19 has accelerated the FAI plan.

McCarthy was appointed for a second spell in charge in November 2018.

A statement said both men had agreed the Under-21 manager should take over.

‘Time to plan for play-off’

“The Football Association of Ireland announces that Mick McCarthy is to be succeeded as national team manager by Stephen Kenny with immediate effect,” read the FAI statement released on Saturday.

“The handover has been agreed with both men in light of the delay to the European Championship play-offs caused by the Covid-19 pandemic.

“Mick McCarthy’s contract was due to expire on 31 July after the Uefa Euro 2020 finals, with Stephen initially scheduled to step up from his Under-21 team role on 1 August.

“This move allows Stephen Kenny time to plan for the European Championship play-off semi-final against Slovakia later in the year.”

The former Dundalk manager’s first match in charge will be the Republic’s European Championships play-off semi-final against Slovakia.

Originally scheduled for 26 March, it was this week postponed “until further notice” because of the coronavirus pandemic, having earlier been pushed back to June.

Uefa’s announcement on the further postponement of the play-offs encouraged the FAI to revise their plan to have Kenny succeed McCarthy after Euro 2020.

‘Difficult situation for the Association’

Gary Owens, the FAI interim chief executive, said: “This has been a difficult situation for the Association – and for Mick and Stephen in particular – in the wake of the Covid-19 pandemic and the effect it has had on the football calendar.

“On behalf of President Gerry McAnaney, the Board of the FAI and myself, I want to thank both men for their professionalism and their understanding in their dealings with the Association in these unprecedented circumstances.

“These are exceptional times in Irish life and Mick has taken that into account in agreeing to vacate the post early.

“On behalf of the FAI, I wish to express our gratitude to Mick for his service and commitment to our national team throughout his career and particularly in his second spell as Ireland manager.

“We wish Mick and his staff well and we thank them all for their hard work in this European Championship campaign to date.

“Stephen will now begin his planning for the play-off against Slovakia and everyone at the FAI wishes him well in our bid to qualify for the Euros.

“Football will be back and we have so much to look forward to now in the autumn with the Nations League and the Euro play-off, followed by the World Cup qualifiers in early 2021.”

McCarthy, 61, whose first spell in charge saw him lead the Republic to the 2002 World Cup, succeeded Martin O’Neill in the role.

The former Sunderland and Ipswich Town boss guided the Republic to a third-placed finish behind Switzerland and Denmark in Euro qualifying Group D.

Should they overcome Slovakia in Bratislava, the Republic will face either Northern Ireland or Bosnia-Herzegovina in the play-off final.