Home » Lifestyle » RICHARD LITTLEJOHN: Not even Wallace and Gromit can save Tories now

RICHARD LITTLEJOHN: Not even Wallace and Gromit can save Tories now

RICHARD LITTLEJOHN: Not even Wallace and Gromit can save the Tories now… When I wrote that the Conservatives appeared to have a death wish, I wasn’t expecting them to commit hara-kiri quite so quickly

When just shy of 14 million of us handed PM Boris Johnson an 80-seat majority, did anyone seriously suggest what we really wanted was Jeremy Hunt running the country?

Then again, who could have imagined that within two and a half years of that historic election triumph, Tory MPs would hound Boris from office and install Liz Truss?

Or that just 40 days and 40 nights later, Truss herself would be dead meat, having been forced to abandon virtually every promise she made to get the job in the first place?

When the reptilian Peter Mandelson gloated in the wake of Labour’s 1997 landslide that ‘the era of pure representative democracy is coming slowly to an end’, even he couldn’t have foreseen how prescient his remarks would eventually prove.

Mandelson thought the future would be determined not at the ballot box but by unelected technocrats and a quangocracy epitomised by the anti-democratic European Union. 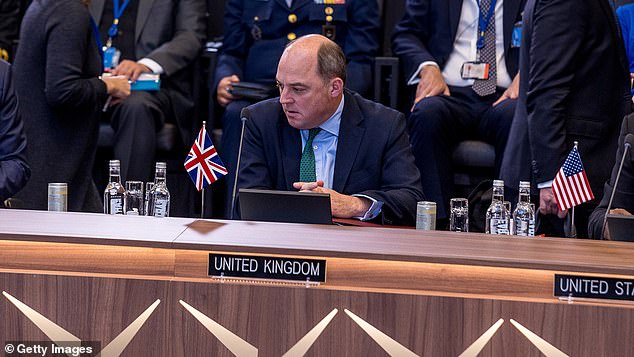 When just shy of 14 million of us handed PM Boris Johnson an 80-seat majority, did anyone seriously suggest what we really wanted was Jeremy Hunt running the country?

Yet after Boris barnstormed his way to victory, on a ticket of getting Brexit done, it appeared that nightmare had been buried. No such luck. Not only is British democracy now dead in the water, but it has been drowned by the very Conservative Party elected to uphold it.

So we’ve ended up with a lame duck PM and the levers of power being pulled by a man who has twice failed in his attempts to become Tory leader.

Hunt’s spectacular reverse ferret yesterday proved beyond a scintilla of doubt that he is already the willing prisoner of the institutionalised forces of defeatism.

In the name of restoring stability to the financial markets — which, let’s face it, are little more than a super-casino run by money-grubbing spivs in Savile Row suits — he has managed also to stamp on millions of his own party’s voters, already struggling to make ends meet.

The hike in corporation tax, which giant conglomerates can afford to employ legions of lawyers and accountants to help them avoid, will impact hardest on the tens of thousands of small and medium-sized businesses that form the backbone of the British economy.

And behind the headlines, hidden away in the small print, Hunt has also cancelled Truss’s plans to ease the unfair IR35 tax burden on the self-employed.

In so doing, he has struck another blow for Treasury orthodoxy, which hates self-employment, believes all money belongs to the state and it is just a question of them deciding how much of it we should be allowed to keep.

These traditional Conservative supporters are now to be punished in order to pay for the fiscal incontinence of Rishi Sunak, who over-extended furlough and came up with gimmicky giveaways such as Money For Nothing And Your Chips For Free in order to further his own leadership ambitions.

OK, so nobody saw Covid coming. And Boris has to shoulder his share of the blame for the current clustershambles, having conned people into believing that cakeism was a sustainable way to behave. 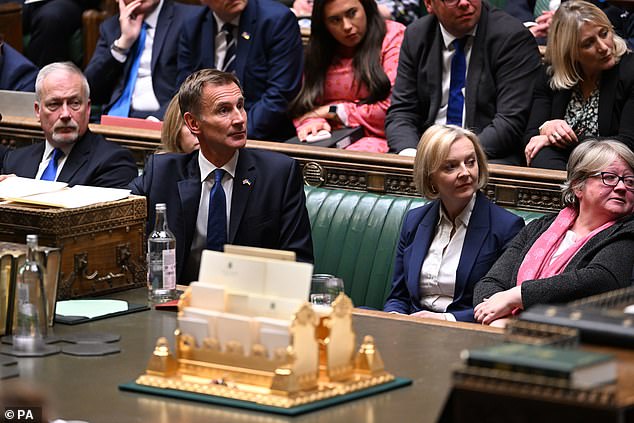 Or that just 40 days and 40 nights later, Truss herself would be dead meat, having been forced to abandon virtually every promise she made to get the job in the first place?

This column carries no torch for Truss, but at least she identified that the policy of throwing borrowed money at every problem, while raising taxes to their highest level in 70 years, couldn’t continue without Britain turning into an economic basket case.

Her mistake was to announce tax cuts without taking an axe to public spending, starting with the overblown ranks of civil servants, half of whom won’t even turn up to work any more.

When she was rumbled, she threw Kwasi Kwarteng, her joined-at-the-hip brother-in-arms, to the wolves to save her own skin. It was as if Butch Cassidy had handed Sundance over to the Bolivian carabineros in exchange for his own survival.

That was a complete waste of time. Truss is already toast. But the Tory MPs forming the firing squad have only themselves to blame. They made the rules, they put Fizzie Lizzie into the last two, and they gave the final decision to the membership.

Yet when the members made the ‘wrong’ choice, they immediately threw their toys out of the pram. Even before the Queen’s funeral, which overwhelmed Truss’s ‘honeymoon period’, they were actively plotting to get rid of her.

And here’s where we come to the greatest threat to British democracy, the cynical rejection of the idea of ‘Loser’s Consent’ which underpins the whole system.

Nobody accepts the result of a free-and-fair election any more. The majority of the political class — including, shamefully, a sizeable number of Tory MPs — from that gurning gargoyle Bercow, the ex-Commons speaker, to former PM Mother Theresa, moved heaven and earth to overturn or undermine the Brexit referendum result.

The Tory MPs were quite happy to let Boris lead them to victory, but as soon as they settled in they started plotting to dump him.

In the end, he was sacrificed over birthday cake he didn’t eat, prosecco he didn’t drink and was blamed ludicrously for an obscure junior whip drunkenly groping a man in the Carlton Club.

In this, they were aided and abetted by the pro-EU Blob and the ‘liberal’ broadcast media, always on the prowl for Tory blood. Their plan to install Sunak, a card-carrying merchant banker and member of the global, Davos-style elite, backfired spectacularly.

But they’ve ended up with Hunt instead. And like Harry Kane, at the Lane, he’s one of their own.

Now it’s being suggested that with Hunt ensconced at the Exchequer, Conservative fortunes could be revived by a ‘dream ticket’ of Defence Secretary Ben Wallace as Prime Minister and L’Oreal model Penny ‘Because I’m Worth It’ Mordaunt as his deputy.

Not even Wallace and Gromit could save the Tories now.

When I wrote a couple of weeks ago that the Conservatives appeared to have a death wish, I wasn’t expecting the party to commit hara-kiri quite so quickly. 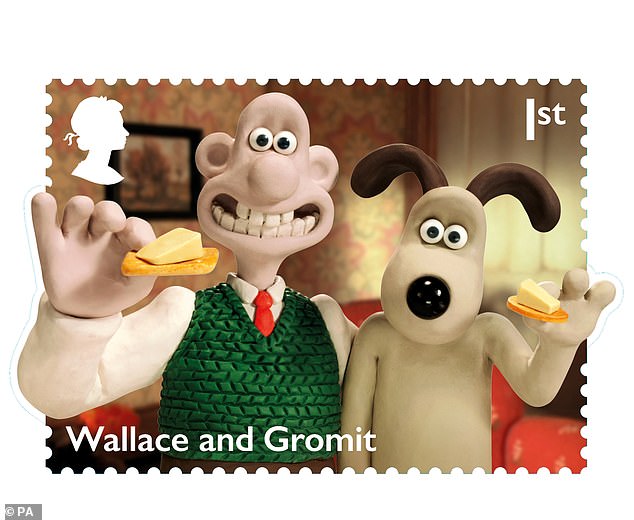 Not even Wallace and Gromit could save the Tories now: When I wrote a couple of weeks ago that the Conservatives appeared to have a death wish, I wasn’t expecting the party to commit hara-kiri quite so quickly

And so we’re confronted with the gruesome prospect of an incoming Labour government led by Max Headroom-lookalike Keir Starmer and his foul-mouthed sidekick Ange Rayner — a sort of female Two Jags, without the charm.

That will only accelerate our economic death spiral, since Starmer’s sole criticism of Sunak’s public spending splurge is that it didn’t go far enough.

A Labour government in thrall to the public sector unions — and a membership which hasn’t moved on much since Corbyn — will take us straight back to the chaotic, bankrupt 1970s.

Starmer poses as a pillar of moral rectitude. But all you need to know is that he has just installed disgraced, discredited, smearmonger Nonce Finder General Tom Watson as a Labour peer.

Space precludes me from tipping the full bucketload here, but rest assured I will be returning to the subject later this week.

Meanwhile, Starmer has called for an immediate general election and thinks all he has to do is to sit back and wait for the Tories to implode.

He’s probably not wrong. But if he believes the Tories are going to the country any time soon, he’s deluded.

They’re too busy picking the fluff out of their own navels to worry about consulting the paying public. And this is how pure representative democracy dies.

Maybe Mandelson got it right after all.

In the meantime, the tens of millions of us outside the Bubble can only look on in disgust as the political class and the rolling news channels indulge in a deranged feeding frenzy.

Yesterday, when this week’s Chancellor of the Exchequer left No 11 to make his statement to the House, I half expected some moronic TV reporter, usually Sky’s heckler-in-chief Sam Coates, to shout from across the street:

‘When are you going to resign, Mr Hunt?’