‘Some people are on the beach. They think it’s all over… It isn’t’: RICHARD LITTLEJOHN on the lockdown dividing Britain

Some people are on the beach. They think it’s all over. It isn’t.

For the past two months, the country has been in lockdown, so I can understand why the natives are getting restless. I’m one of them.

But that’s no excuse for a Jolly Boys Outing to the seaside. Certainly not on a Wednesday.

We’re still in the middle of the gravest public health crisis in modern times. Yet the Golden Mile at Southend looked like the Nags Head in Peckham’s annual charabanc beano writ large.

No wonder Everybody’s Talkin’ about it. On any normal midweek afternoon in May, crowds wouldn’t be descending on resorts from Blackpool to Brighton. 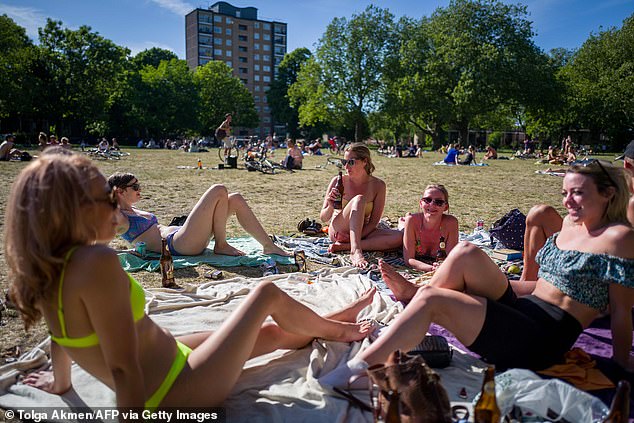 A group of people bask in the sunshine in London Fields, north east London, today as temperatures continued to soar 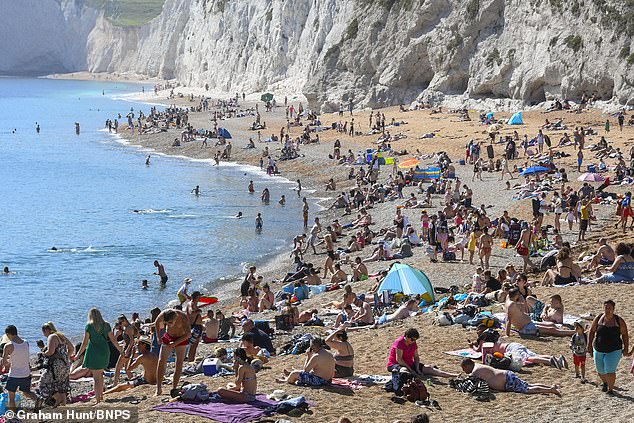 The parks in London, Edinburgh and elsewhere would be playing host to dog-walking retirees, foreign tourists and a handful of winos. You’d get a few sunbathing secretaries stripping off to their skimpies during the lunch hour, but that would be about it.

Everyone else would be at work and the kids would be in school. Instead, the lockdown is turning into the Long Hot Summer.

While key workers, from NHS staff to bus drivers, are doing their best to keep the show on the road, millions more are treating the corona crisis as a paid holiday.

Imagine how a nurse coming off a gruelling 12-hour shift in ICU must feel when she sees the photos of folk frollicking in the surf at Newquay and supping pints of lager.

We’re all in this together? Don’t make me laugh.

OK, so things are looking a little less gloomy than they have been. The number of deaths is falling significantly and in London and the East of England no new cases have been reported for the first time.

That’s almost certainly because most of us have been observing the Government’s advice to prevent the spread of the killer disease. Despite my default scepticism, I’ve done my best to comply.

They all laughed at Donald Trump when he said he was taking an anti-malaria drug to stop him catching coronavirus. Now the NHS has ordered 10,000 doses of the very same drug to test on frontline workers. Ho, ho, ho, who’s got the last laugh now?

Just because so-called sophisticates hate Trump, it doesn’t mean he’s always wrong. Even if he is taking it to ward off Melania.

Then again, I’ve worked from home for 30 years and I’m lucky enough to have a decent-sized garden and a park in easy walking distance. My sympathies are entirely with those living in bedsits or stuck in small flats with a couple of screaming kids. They must be going stir crazy.

Given half a chance, why wouldn’t they bundle the children into the back of the car and head for the coast? So I’m reluctant to criticise anyone grasping a taste of freedom after 59 days of being cooped up.

You won’t catch me calling them ‘Covidiots’ — a ghastly, judgmental insult dreamed up by the self-righteous, who see it as their God-given duty to grass up anybody who doesn’t follow the social-distancing guidelines to the letter. What kind of sicko creeps round a park videoing women sunbathing and then posts it on social media?

This week there was no shortage of outraged individuals ready to condemn their fellow citizens for flooding seaside resorts.

As they shared their disgust with eager TV and radio reporters on the promenade, their own hypocrisy and lack of self-awareness was utterly lost on them. 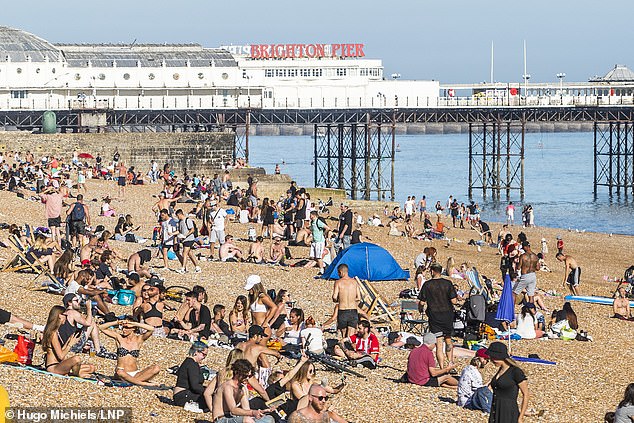 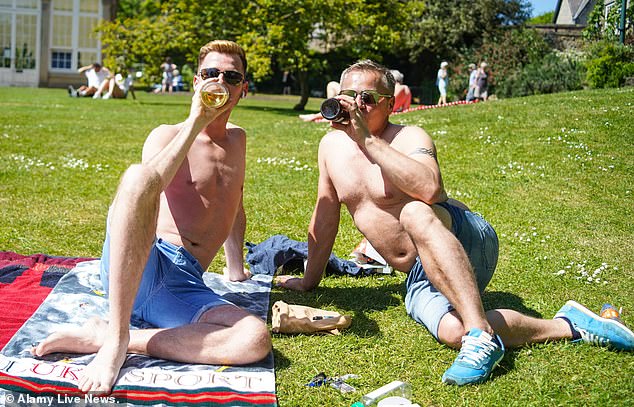 If heading for the beach was such a crime, what the hell were they doing there? The plain fact is, very few people should have been there midweek. When the Government eased the lockdown restrictions, the intention was that those who could return to work should do so. Others should carry on working from home.

It wasn’t a green light to throw all caution to the wind.

Yet while the public-spirited and those who have no alternative answered the call to go back, braving crowded mass transport in the process, millions decided to carry on making themselves busy doing nothing.

For that, I blame the Government — and the over-praised Chancellor, Rishi Sunak, in particular. Yes, he was right, in the short term, to underwrite jobs that will be vital to our recovery when we emerge from this crisis.

But he was utterly wrong to extend the furlough scheme until October. Nobody knows where we’re going to be by then.

Somewhere unpleasant without a paddle is my best guess.

But that’s all it is: a guess. That’s why I’ve been loath to monster the lock-down, despite my libertarian instincts and innate distrust of authoritarianism, in particular, and politicians in general.

Of course, mistakes have been made, the latest of which is extending the furlough. It removes the incentive for anyone to return to work.

Public sector workers are guaranteed full pay for the forseeable future. Sunak has now told millions more in the private sector that they will continue to be paid at least part of their salaries until October, without the need to turn up for work.

So why wouldn’t they think they might as well make the most of it? The staycation starts here.

The Kinks’ Ray Davies wrote the soundtrack to the glorious summer of ’66. Perhaps we can prevail upon Ray to update it for the summer of 2020 . . .

The taxman’s given me all this dough,

Rishi’s put me on furlough,

Lazing on a Sunny Afternoon.

And I’m on Southend Pier,

Sipping on my ice-cold beer,

Skiving on a Wednesday afternoon . . . 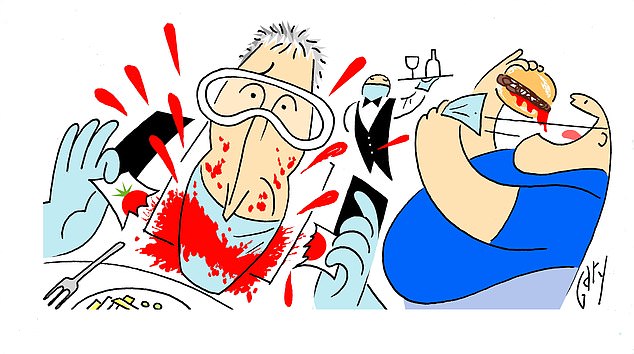 Every cloud. Covid-19 has sounded the death knell for all-you-can-eat buffets. Thank heaven for small mercies. That might go some way to tackling the obesity crisis.

Although when people are prepared to queue for hours for a drive-in McDonald’s, as they did in Peterborough this week, I wouldn’t bank on it.

That’s the good news. The bad news is that restaurants will also be forced to get rid of proper sauce bottles and salt and pepper pots. They’ll have to use individual sachets instead.

Have you tried opening one of these blasted sachets? They have the texture of superglued chewing gum. And if you do manage to rip one open, the chances are it will explode all over the front of your shirt and face.

When we are allowed to eat out again, don’t forget to wear PPE. 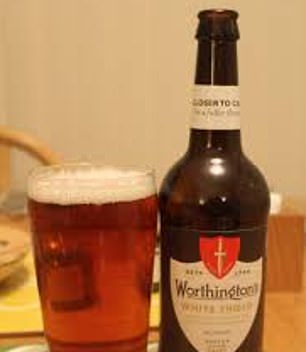 Back in the Eighties, when I worked on London’s Evening Standard, the pubs didn’t open until 11.30am

Early doors lock-in with The Sweeney

Today’s edition of Mind How You Go comes from Cumbria, where police raided a pub which was hosting a virtual lock-in with regulars — over Zoom.

As it happens, I have some experience of police raiding a lock-in.

Back in the Eighties, when I worked on London’s Evening Standard, the pubs didn’t open until 11.30am.

The Cartoonist pub, behind the office, would always let us in early for a gentle White Shield Worthington.

In one of the few recorded raids for before-hours drinking, the doors burst open at 10.45am and in stormed a sergeant and a couple of Plods.

For weeks, self-appointed ‘experts’ have been insisting Britain’s got it all wrong. We should be following the relaxed Swedish model of light-touch response to the coronavirus pandemic.

This week it was revealed that Sweden has the highest per capita death toll from Covid-19, in the wurrld, as Clarkson would say.

They proceeded to take names. Who are you and what do you do?

Turning to the other member of our school, the sarge said sarcastically: ‘And I suppose you’re the religious affairs correspondent of the Evening Standard.’