Home » Lifestyle » Robbie Williams teases Take That reunion and spills on WHEN: ‘I want to do another gig’

Robbie Williams teases Take That reunion and spills on WHEN: ‘I want to do another gig’

Robbie Williams quitting Take That was a traumatic event in the lives of fans of the boyband, who first got together over 30 years ago. The group got together in Manchester back in 1989 and was formed of five members: Gary Barlow, Robbie Williams, Mark Owen, Jason Orange an d Howard Donald. However, despite enormous success earning them a massive fan base and a place as one of the biggest boybands of all time, Williams left the band in 1995.

The move broke hearts around the world, but Take That lived on as a four-piece.

A year later, the split up, releasing a goodbye Greatest Hits album before they went their separate ways.

Luckily for fans, that wasn’t the end of Take That either.

A decade later, they came back for a reunion tour and subsequently returned for good with a brand new comeback album, Beautiful World. 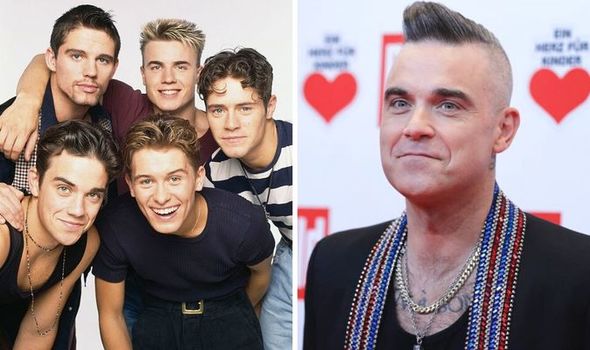 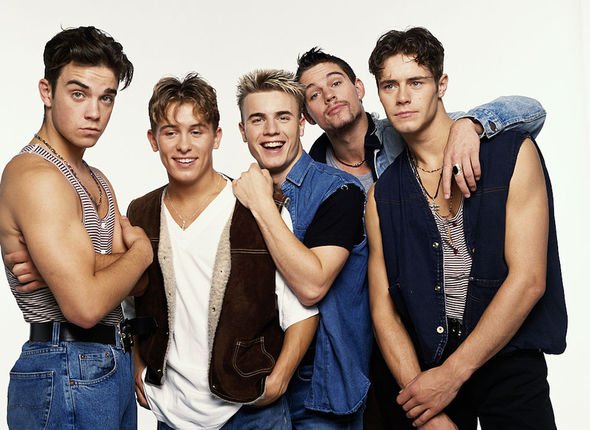 From then on, their career went from strength to strength, with hits like Patience, Shine and Greatest Day.

The four-piece became a five-piece once more when Williams rejoined his bandmates for their sixth studio album Progress and a subsequent stadium tour.

By the time the next album rolled around, however, he stepped away again due to becoming a father for the second time and, though the door was left open for his return, has focused instead on his solo career in the years since.

Take That’s numbers dropped again in 2014 when Orange announced he had quit, leaving the band working as a trio with just Barlow, Owen and Donald remaining. 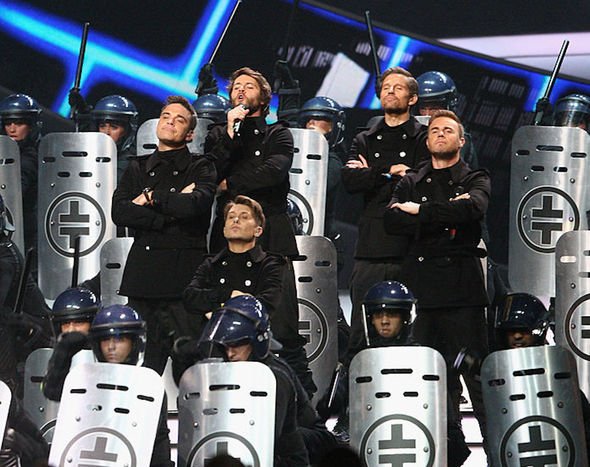 In a new interview with TalkSPORT, however, Williams has spoken out about the possibility of a long-anticipated reunion.

“With projects you do, each project takes two years or three years to pull off, whether it be a TV show or an album, or whatever it is,” the Let Me Entertain You hitmaker told the station.

Williams then dropped a huge hint about a return to Take That, revealing he plans to work with the band again in the future.

“Will one of those be Take That?” he mused. “I don’t know… but I will hazard a guess and say yes.”

Fans might have to wait a while, however, as it seems Williams’ schedule is full for the next few years.

“I’ve got so many ideas I want to do and so many things I want to fulfil that I know what I am doing for the next five years, and it doesn’t involve Take That,” he admitted.

He then added: “Yes, I do want to do another gig with Take That.”

The pair have been at loggerheads since falling out in the 1990s after their friendship was effectively brought to an end by Noel Gallagher referring to the pop star as the “fat dancer from Take That”.

In a new interview with The Sun, Williams added fuel to the age-old fire by branding his ex-friend a “d***head”, saying: “The thing about Liam is he’s incredible.

“The world’s a better place for him being in it. He’s iconic.

“Sometimes you have to separate the art from the d***head. And I can do that.”