According to director Victor Kossakovsky, Rooney Mara and Joaquin Phoenix recently welcomed their first child together, a baby boy. 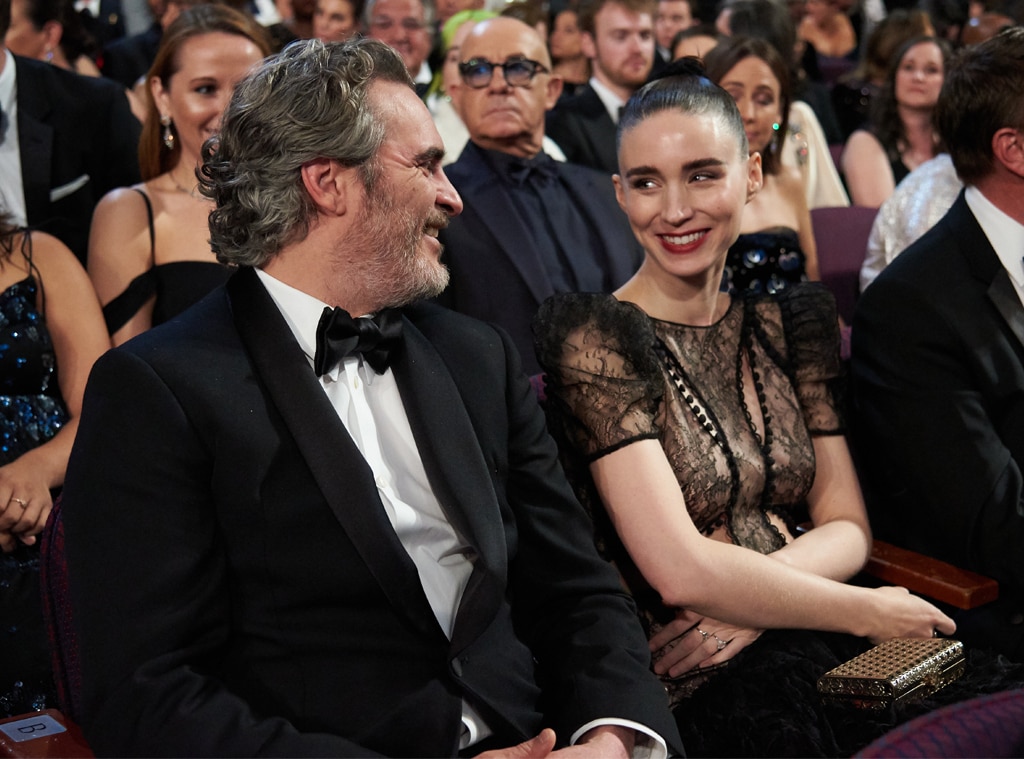 Rooney Mara and Joaquin Phoenix have stepped into their biggest roles to date: Parents!

According to director Victor Kossakovsky, the newly engaged couple recently welcomed their first child together, a baby boy. Over the weekend, the Russian filmmaker shared the news during the 2020 Zurich Film Festival at the screening of Gunda.

When asked how Joaquin became involved in the project as an executive producer during a Q&A session, Victor explained they connected over their animal rights activism. All it took was the actor seeing "a rough cut" of the film to say he was on board.

"Now he is dad… good baby by the way," the director said, according to a video that was allegedly recorded at the event and posted online. Victor added that the couple has "a beautiful son called River."

Rooney and Joaquin's newborn son's name appears to be in honor of the actor's late brother, River Phoenix, who passed away in 1993 at the age of 23 following a drug overdose.

In February, the Joker star paid tribute to his eldest brother after winning the 2020 Oscar for Best Performance by an Actor in a Leading Role.

"I'm full of so much gratitude right now and I do not feel elevated above any of my fellow nominees, or anyone in this room," he began his acceptance speech, "because we share the same love, the love of film, and this form of expression has given me the most extraordinary life. I don't know what I'd be without it."

In closing, the actor shared a poignant message from his brother River.

"When he was 17, my brother wrote this lyric, he said, 'Run to the rescue with love and peace will follow.' Thank you," Joaquin concluded.

Inside Vanessa Bryant's World Since Losing Kobe and Gianna

At this time, the pair has yet to publicly address the baby news. E! News has reached out to their reps for comment and has yet to receive a response.

Back in May, E! News reported Rooney was pregnant with her and Joaquin's first child together. At the time, the actress was spotted delivering flowers to her sister, Kate Mara, in Los Angeles on Mother's Day.

"Rooney is about six months along," a source told Us Weekly. "Joaquin is great and has been accompanying her to appointments."

While the duo starred in the movie Her together, they would first spark romance rumors in January 2017 after they were spotted attending the same wellness retreat together.

By May 2017, they would confirm their relationship at the Cannes Film Festival. Exactly two years later, the couple fueled engagement rumors when Rooney was seen wearing a diamond ring on that finger.

Although the two are notoriously private about their romance, Joaquin gushed over the actress during the 2020 awards season.

After beating out Christian Bale, Antonio Banderas, Adam Driver and Jonathan Pryce for Best Actor in a Drama at the Golden Globes, the Joker star had the sweetest speech.

"Some I've reached out to you personally, some I'm still a little too intimidated by, even though we share the same agent…," Joaquin began, "Hi Christian, you're not here!"

He later focused his attention on Rooney, saying, "I love you."