RORY McILROY hates the idea of a Ryder Cup without spectators — as he would miss the abuse from American fans!

The world No 1 says playing behind closed doors at Whistling Straits in September would help the European cause, but would ruin one of sport’s great spectacles. 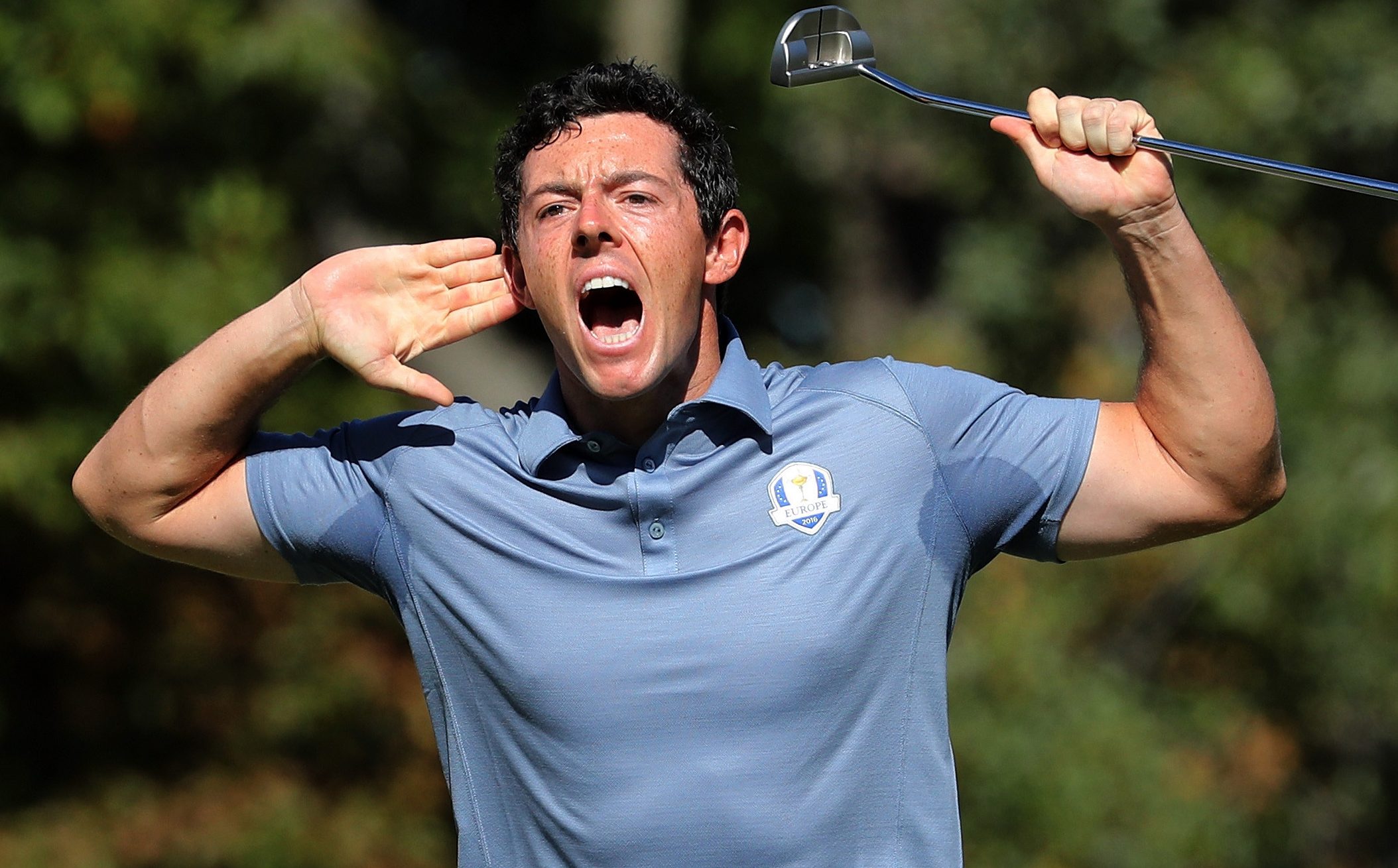 As Europe’s main man on the course, McIlroy, 30, is the one Americans love to hate.

He was the target for some vicious taunts at Hazeltine in 2016, especially in his singles match against Patrick Reed, which the Northern Irishman lost one down.

But he would not have it any other way on US soil.

McIlroy said: “A Ryder Cup without fans, it’s not a Ryder Cup. And that’s from a European, going to America, knowing I’m going to get abuse.

“I have a pretty strong view on this, even though I get the financial implications.

“It would be better for Europeans to play without fans because we wouldn’t deal with some of the stuff that you have to put up with. But at the same time, it wouldn’t be a great spectacle.

“There would be no atmosphere. If it came to choosing between not playing the Ryder Cup or playing it without fans, I would delay it a year.”

McIlroy believes a delay could help the organisers of the next Ryder Cup in Europe, scheduled for Rome in 2022.

He added: “If they do delay it until 2021, the next Ryder Cup is supposed to be in Italy, and we know how badly affected Italy is by coronavirus.

“So it gives that country an extra year to prepare instead of 2022.”

McIlroy’s 2018 team-mate Tommy Fleetwood added: “It just sounds strange to have a Ryder Cup without fans, who are so much of what makes that event what it is.

“We hear about guys that have played the Ryder Cup, and they talk about not being able to put the ball on the tee, or the nervous feelings that they have.

“Is the pressure the same without fans? I don’t think it can be if nobody is there. That’s what makes it — 60, 70,000 people watching and there are only four groups on the golf course.

“It’s amazing, and it makes the Ryder Cup what it is.”

The Americans also agree. Jim Furyk, who captained the USA two years ago when Europe won 17½-10½ in Paris, said: “I think all the players, all 24, feed off that energy and that excitement.

“That energy is what creates a lot of the shots you see, and a lot of the emotion you see out of the players.”