Another raised a biblical warning, saying: “Was it not the New Testament that fortold the seas to turn to blood?

“Biblically inspired metaphors never seem to turn out the way you expect.”

One person even joked, regarding the red colour of the lake: “Is this a hint of a resurgence of communism?” 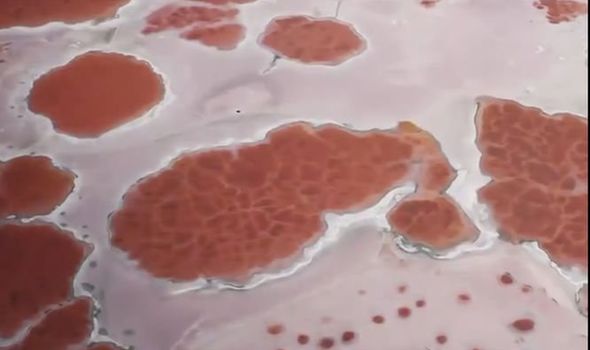 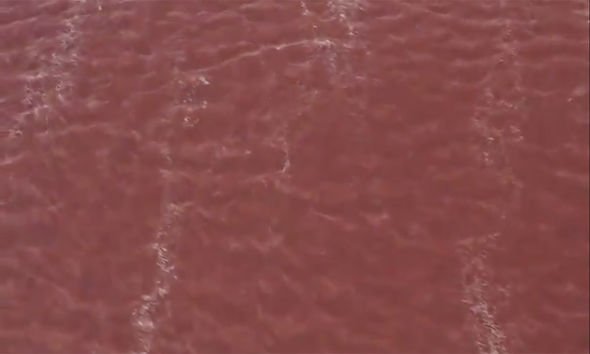 However, locals quickly dispelled the apocalyptic claims, after explaining that the bizarre water colour happens every year.

Each summer, Russian tourists flock to the Altai Region to catch a glimpse of the lake that turns a spectrum of ‘blood-red’ to ‘bubblegum pink’ in hot, dry weather.

This shrimp exudes a unique pink pigment which becomes brighter under dry and warm weather conditions. 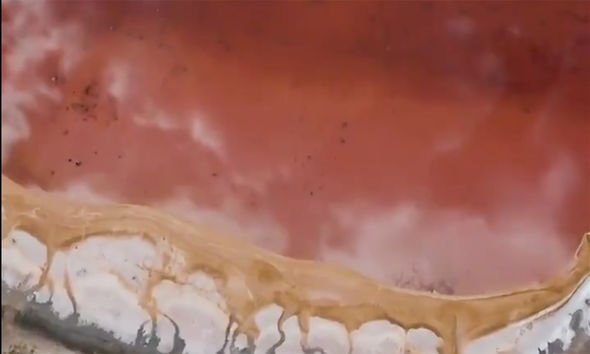 During the summer season, the lake’s salt concentration reaches 253 grams per litre, which is close to what is typically found in the Dead Sea, meaning humans are unable to sink

Many visit the Burlinskoye Lake for health purposes due to its high salt content.

However, due to the sharp salt crystals at the bottom of the lake, tourists must wear shoes when wading through the pink waters. 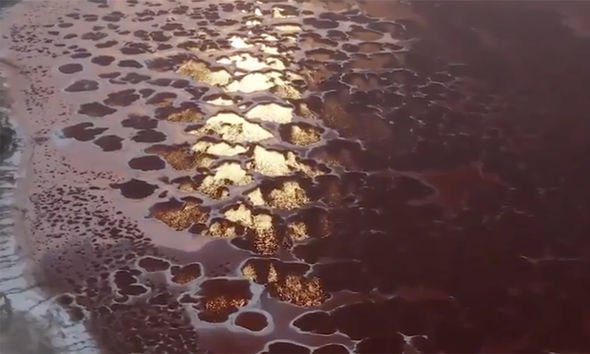 It is not the only lake in the world to turn red with Lake Küçük and Lake Tuz in Turkey, as well as Lake Utah in the US also known for the phenomenon.

Other apocalyptic fears were sparked recently after skies in California turned orange amid the ongoing wildfires.

Catherine Geeslin, a Californian resident, told the San Francisco Chronicle: “It feels like the end of the world.”