Ryan Reynolds said he and wife Blake Lively are “deeply and unreservedly sorry” for the plantation wedding they had in 2012. In an interview with Fast Company published Tuesday, the actor opened up about their nuptials at Boone Hall in South Carolina, a former plantation they found on Pinterest.

While the wedding location received some disapproval in 2012, that criticism was reignited in 2018 when Reynolds tweeted about “Black Panther.” The actor praised the superhero film with a largely Black cast, but many commenters accused him of hypocrisy, pointing to his wedding at a site of slavery.

“It’s something we’ll always be deeply and unreservedly sorry for,” Reynolds told Fast Company about the wedding. “It’s impossible to reconcile. What we saw at the time was a wedding venue on Pinterest. What we saw after was a place built upon devastating tragedy.”

“Years ago we got married again at home—but shame works in weird ways,” he continued. “A giant f***ing mistake like that can either cause you to shut down or it can reframe things and move you into action. It doesn’t mean you won’t f*** up again. But repatterning and challenging lifelong social conditioning is a job that doesn’t end.” 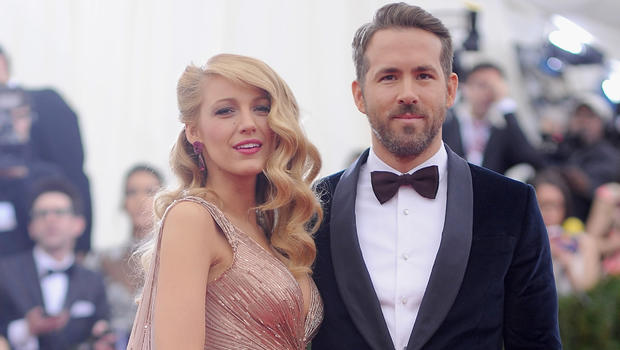 Last year, both Pinterest and the wedding website The Knot vowed to stop promoting plantation weddings, according to The New York Times.

Last year, Reynolds and Lively donated $1 million to both the NAACP Legal Defense Fund and the Young Center for Immigrant Children’s Rights — but it’s a topic he’s been reluctant to talk about, according to Fast Company, in part because he feels white celebrities can often drown out non-white voices.

However, following the death of George Floyd in May, which reignited a nationwide movement against racial injustice, Reynolds and Lively both spoke out on the topic of race.

The pair announced on their social media accounts that they had donated another $200,000 to the NAACP Legal Defense Fund, writing they were “ashamed” that they had let themselves “be uniformed about how deeply rooted systemic racism.”

“We’ve been teaching our kids differently than the way our parents taught us,” the post reads. “We want to educate ourselves about other people’s experiences and talk to our kids about everything, all of it…especially our own complicity.” The couple has three children together.

Reynolds also told Fast Company his ad agency, Maximum Effort, is focusing on diversity hiring. “Representation and diversity need to be completely immersive,” Reynolds said. “Like, it needs to be embedded at the root of storytelling, and that’s in both marketing and Hollywood. When you add perspective and insight that isn’t your own, you grow. And you grow your company, too.”