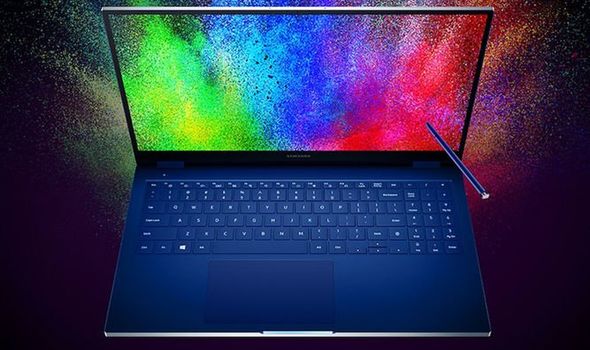 Samsung has long been famed for producing pin-sharp OLED displays that mean its smartphones and TVs are regarded as some of the best in the world when it comes to image quality. In fact, Samsung’s screen technology is so good rival firms, including Apple, use it in some of their most premium products.

Now it seems the Korean firm wants to bring its striking OLED panels to more consumers via their laptops.

Samsung has confirmed that it has begun mass-producing 90Hz OLED panels for portable PCs with a number of manufactures expected to include the technology in upcoming machines.

Samsung Display Chief Executive Officer Joo Sun Choi also confirmed that the firm will start producing a large quantity of 14-inch, 90Hz OLED displays destined for laptops as soon as March. That means consumers could start being treated to this boost as early as the summer.

Samsung TV: Sneak peek at some of the QLED 8K feautres

As noted by The Verge, OLED panels aren’t a new addition to laptops but machines that include often have to reduce the refresh rates which is why this news from Samsung could make a big impact on the market.

Although the new screens will use more processing power, Samsung is confident that consumers will enjoy a much-improved experience with this upgrade able to produce a more lifelike image and snappier visuals.

Along with productivity and movie watching getting a boost, gamers could also benefit from these new screens as the 90Hz OLED refresh rate is actually 10 times the fastest screen response time on the market today.

There’s no word on which manufacturers will be including this technology although several global IT companies are expected to release new laptops or notebooks with 90Hz OLED screens this year.

It’s been a busy time for new PCs with Samsung, Lenovo, Razer, LG and ASUS all revealing their next generation of PCs at this year’s virtual CES technology show.

New machines include the Galaxy Book Flex2 which now gets 5G connectivity and the ASUS ZenBook Pro Duo 15 which comes packed with two screens for improved productivity.

Check out all the latest laptop news here.