Imagine pulling up to an RV campground and seeing Carlton Banks and Zack Morris flipping burgers together. We’d do a double take too. Alfonso Ribeiro sat down with Moms Like Us hosts Christina Garibaldi and Stroller in the City’s Brianne Manz to share how his family’s cross-country RV trip is going and how he even spent some time on the road with Saved By the Bell alum Mark-Paul Gosselaar. Watch the video above to hear about his trip!

Celebrity Couples Who Are Self-Quarantining Together

Ribeiro —who shares son A.J., 6, son Anders, 5, and daughter Ava, 14 months, with wife Angela Unkrich as well as daughter Sienna, 17, with ex-wife Robin Stapler — picked up an RV during quarantine as a hobby.

“This is one of them crazy things where last minute you decide to do something and it’s the best decision you could have made,” Ribeiro, who has recently partnered with Bob Evans, told Us. “Never would have thought, ‘Hey, let’s go buy an RV’ and we did.”

Besides having his family in tow, the Fresh Prince of Bel-Air alum linked up with Gosselaar along the way. 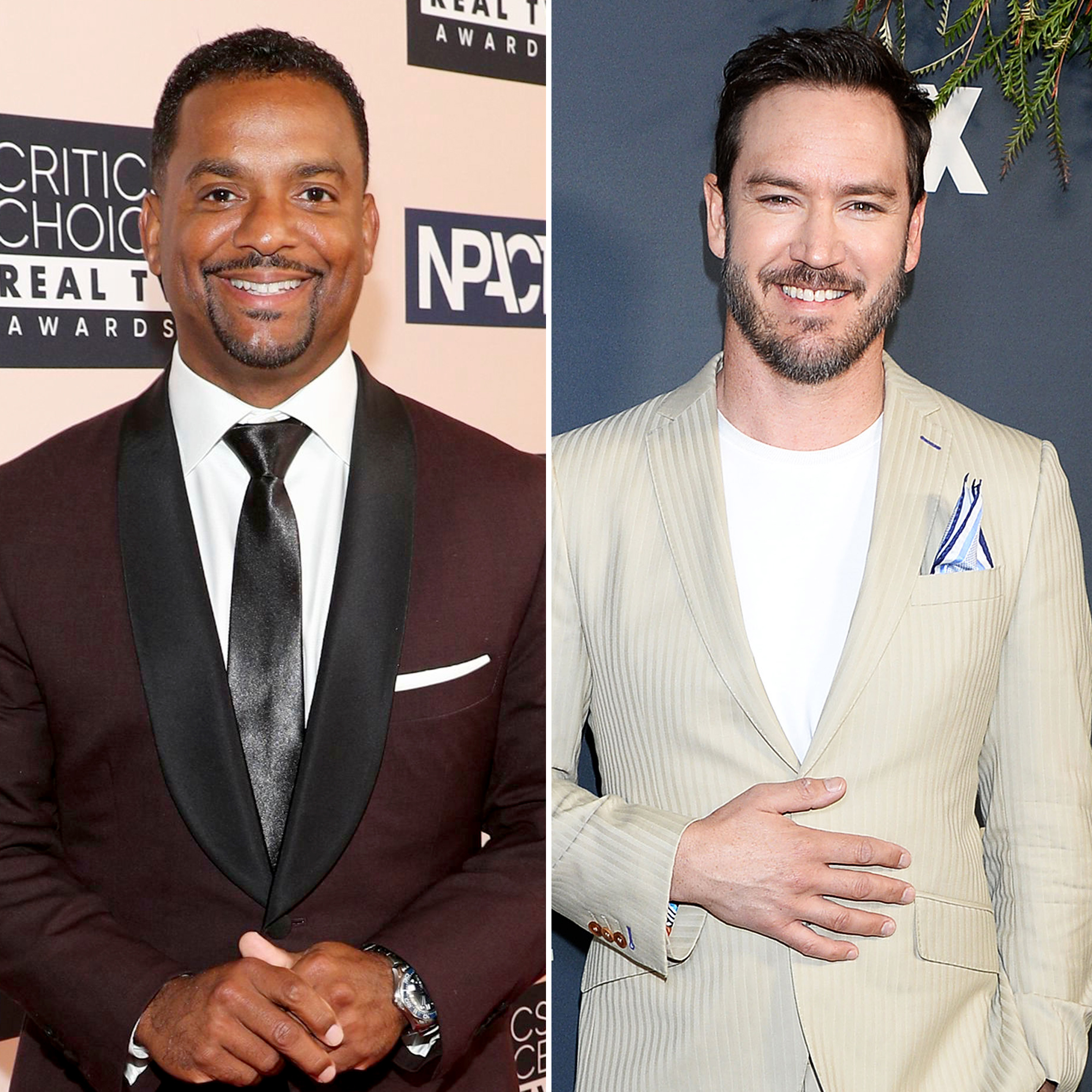 How Celebrity Parents Are Keeping Their Kids Busy While Self-Quarantining

“A buddy of mine, Mark-Paul Gosselaar, bought an RV at the same time that I did. We’ve done this trip together, but this is the perfect social-distancing vacation style trip,” he explained. “You never have to be around anyone. On Mixed-ish, his show, it’s impossible for him to not be around people, so how do you do it [moving forward]?  It’s going to be interesting next year to figure out how it all works.”

So what happens when two huge 90s stars show up at the same campground?

Ribeiro described the reaction he and Gosselaar would get: “You should see all the people in the RV resorts. They’re like, ‘Wait, what?’ We also bought matching RVs. So they’re literally the exact same RV from the exterior. The inside is completely different, but his exterior is exact. It’s very funny.”

Ribeiro and his family just visted their 22nd state over the course of two months and plan to keep going: “We’re kinda rolling through it. It’s been fantastic.”

Justin and Hailey Bieber, Christina Aguilera, and Miranda Lambert are among other celebs taking advantage of their time off during the summer of 2020 and hopping on the RV bandwagon. For more on the RV trend, watch the latest episode of Moms Like Us above.

Also in this episode, Garibaldi and Manz break down the biggest celebrity parenting news of the week — from Sophie Turner and Joe Jonas’ baby’s arrival to Kylie Jenner’s epic $200,000 gift for daughter Stormi.

Listen to Us Weekly’s Hot Hollywood as each week the editors of Us break down the hottest entertainment news stories!