Documentary filmmaker Selina Miles recounts one of the scariest days of her life. She’d flown into New York from Sydney, where she currently lives, and rented out a local movie theater. There, she screened a cut of “Martha: A Picture Story” for the subject of her documentary, street art photographer Martha Cooper, and 10 of Cooper’s closest friends.

“The tension in the room was palpable. Everyone was nervous, myself included, because it’s such a vulnerable, intimate thing to share a film about someone’s life with them,” Miles says.

“Martha’s audience from the graffiti community are in every corner of the world. We get messages daily from people in every country asking how they can watch the film,” Miles says. “It’s a very global film.”

Miles, who’s decades younger than Cooper and grew up within the graffiti community in Brisbane, was — like many — familiar with Cooper first through her book. “Martha’s book, ‘Subway Art,’ was handed around amongst our friend group, just like it was with everyone else that’s interested in graffiti all over the world,” Miles says. “So I knew her work, but I didn’t know any of the parts of her story that were not related to graffiti.”

She ended up meeting Cooper through an annual street art festival in Tahiti — Cooper was the festival’s official photographer and Miles was the videographer. “We were working side by side and after a few years of that, I had the idea to do something with her.” Miles pitched the idea of a short documentary, which snowballed into a feature film on Cooper.

“I had no idea that she’d worked for National Geographic, or that she had all these other projects that seemed kind of unrelated,” Miles says. “But then the more time I spent with her, the more I started to see the threads of connection between all of her interests.” 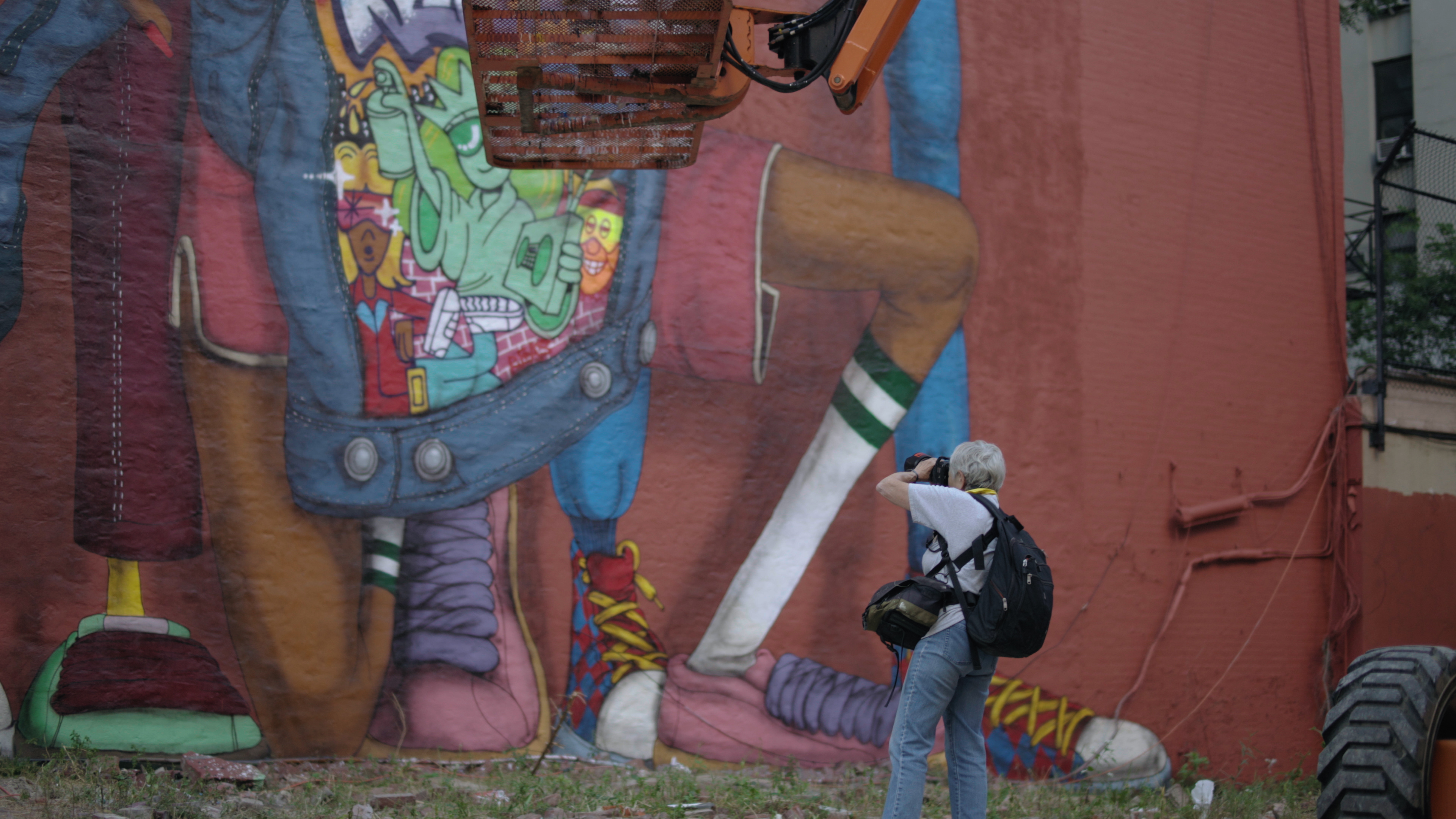 Martha Cooper photographing an Osgemeos mural, in a still from the film. Courtesy 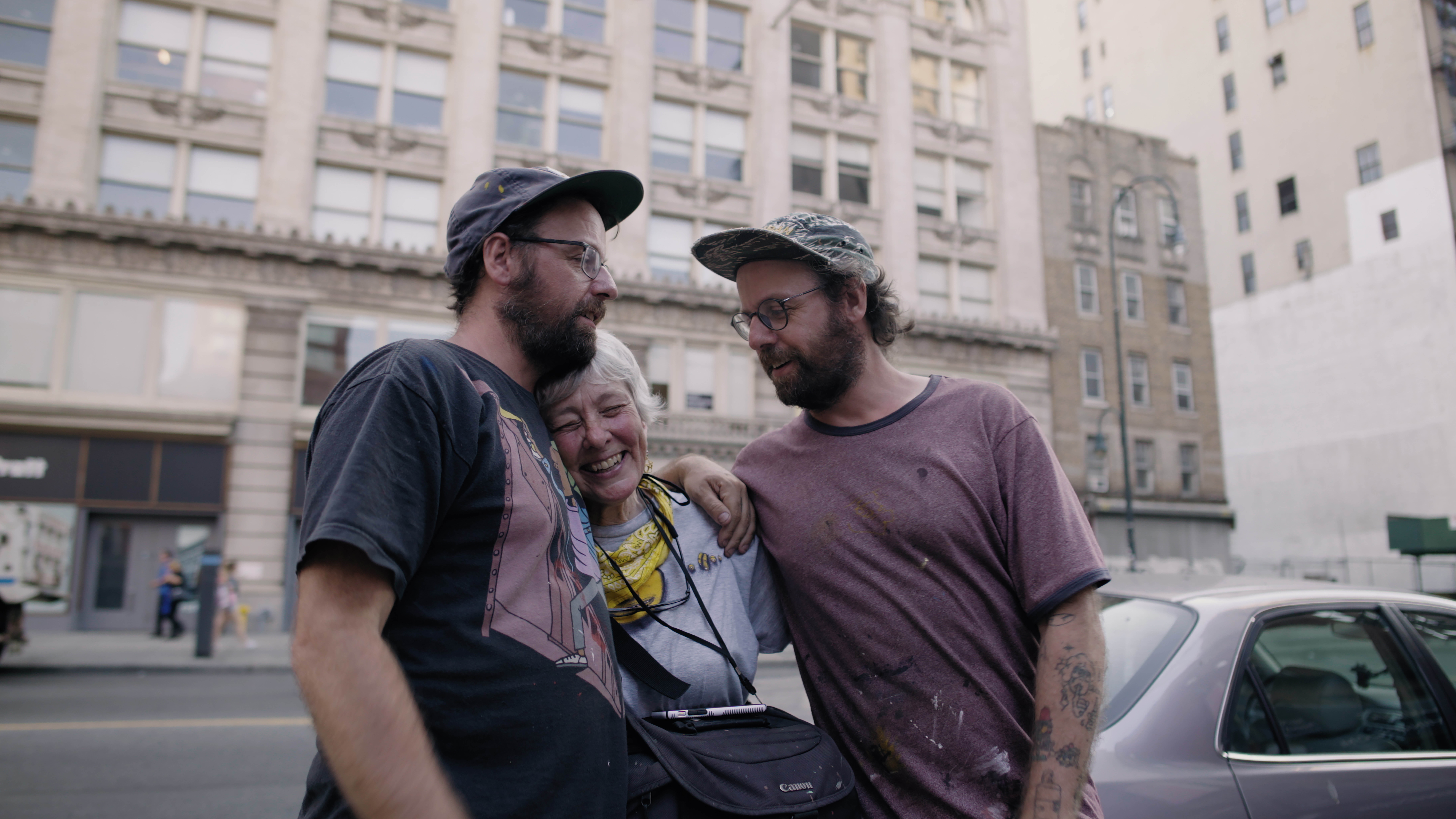 Martha Cooper, with the artist duo known as Osgemeos. Courtesy

The film is a mix of interviews with Cooper and her peers — the film opens with Brazilian twin artists Osgemeos — and verite filming; Miles accompanied Cooper as she photographed graffiti crews in New York and in Germany, footage that weaves through subway stations and train yards.

Cooper is well known and beloved in the street art community, but the film also speaks to audiences who are unfamiliar with her work. Miles views Cooper’s story as an example of the joy that stems from a lifelong commitment to art.

“It makes you want to go out there and live and appreciate life and do all the things you love doing,” Miles says. “There’s an important message about finding your authentic voice and persisting with being your authentic self through your career, whether or not you are successful all the time. That’s what Martha has done.” 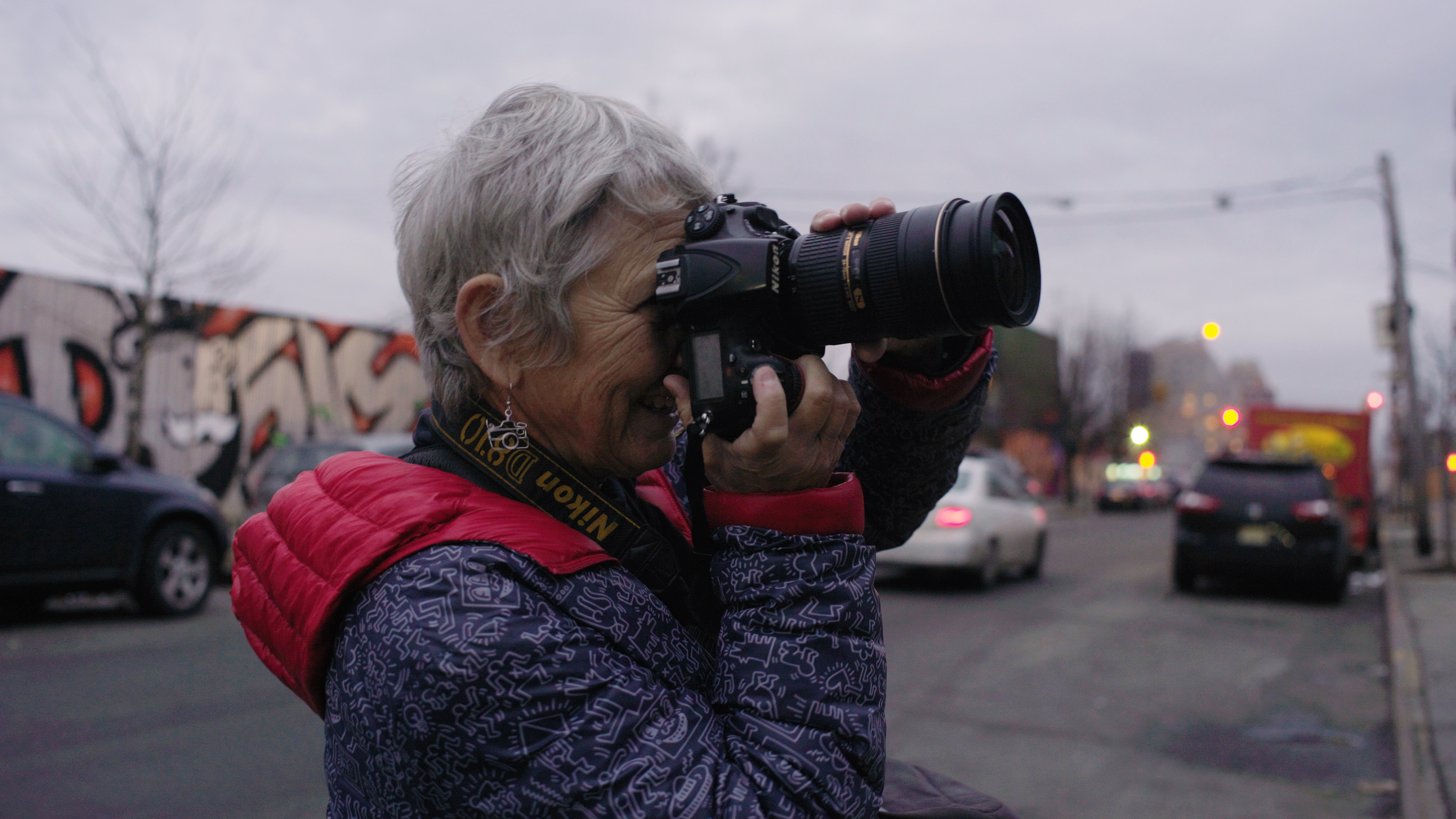 Martha Cooper in a still from the film. Courtesy

And for the graffiti crowd, Miles hopes existing fans will discover something new about Cooper, be it her background or her approach to photography and her subject matter.

“It’s not just that she was in the right place at the right time. She’s coming at it from this anthropological curious humanistic standpoint,” Miles says. “The truth is she saw the value in [graffiti] before anybody else.”

“In true Martha fashion, she found herself a project. She lives next to Riverside Park, and there’s a bench she adopted for her 70th birthday,” Miles says. “From her window she can see this bench, so she’s been photographing people as they walk past and creating this whole photo project around life on this bench. And I thought that was so cool — that she managed to find a project amongst all this craziness.” 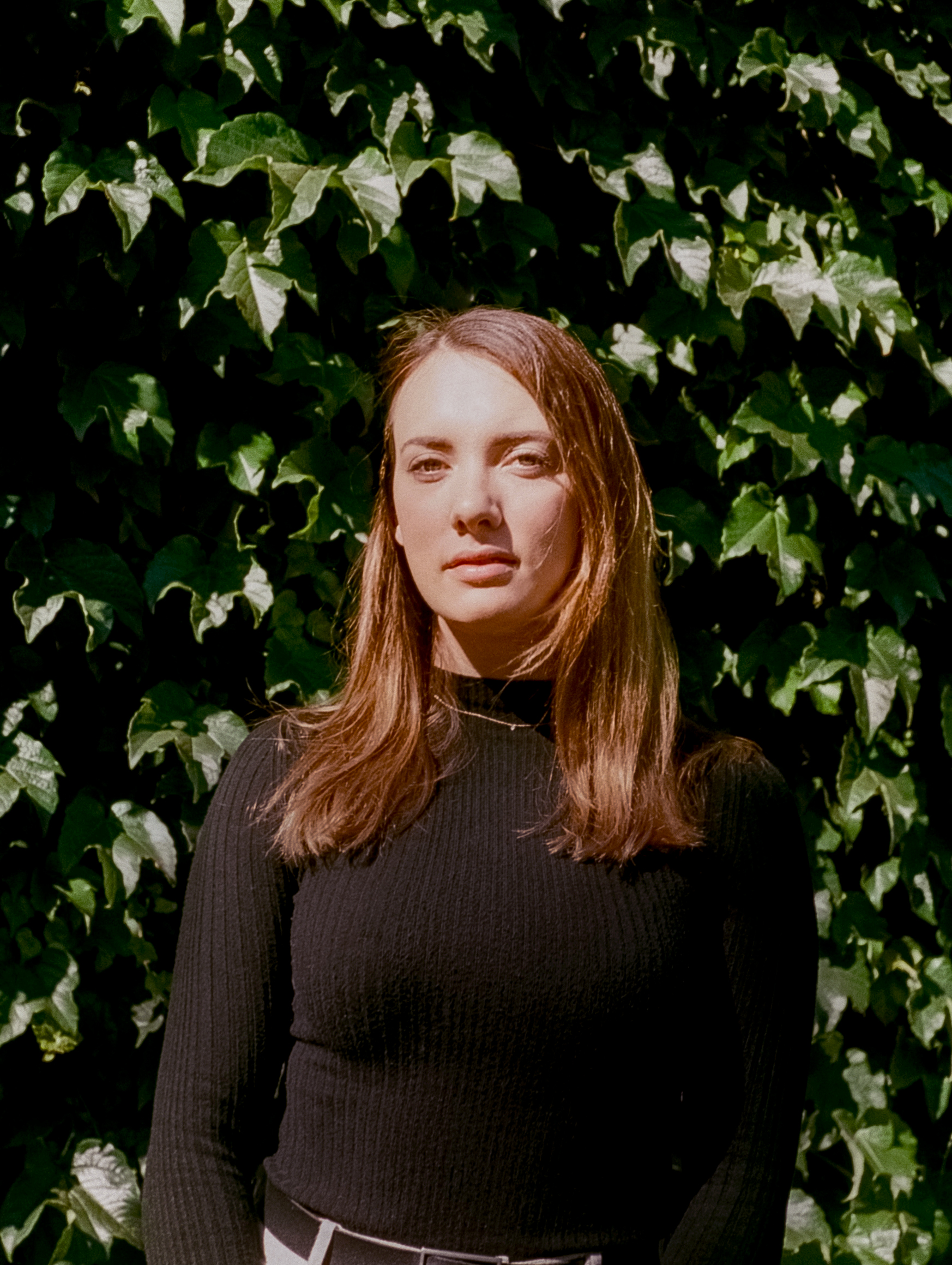 More From the Eye:

‘The Truffle Hunters’ Takes Viewers Inside a Mysterious, Magical World