Researchers had tagged the healthy nine-foot great white to track its movements as part of a study but were shocked when the “black box” washed up on a beach in Australia four months later. Data captured on the device showed there was a rapid temperature rise from 7.6C to 25.5C along with a sudden, sharp 1,902-foot plunge. The researchers believed the data proves it was eaten by something much bigger, saying the temperatures recorded indicate that the shark went inside another animal’s digestive system.

The case was detailed in the Smithsonian Institute’s documentary called the ‘Hunt for the Super Predator,’ which drew inspiration from an earlier Australian documentary, ‘The Search for the Ocean’s Super Predator.’

Filmmaker Dave Riggs said in 2014: “When I was first told about the data that came back from the tag that was on the shark, I was absolutely blown away.

“The question that not only came to my mind but everyone’s mind who was involved was ‘what did that?’

“It was obviously eaten. What’s going to eat a shark that big? What could kill a [nine-foot] great white?” 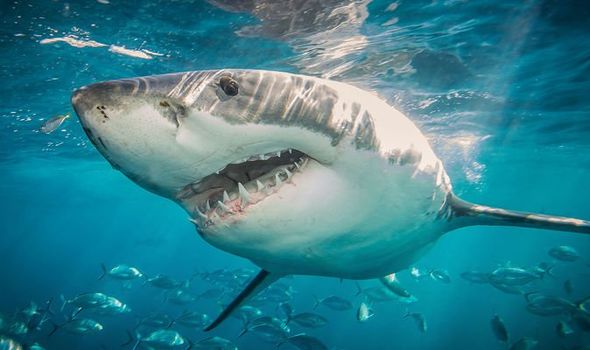 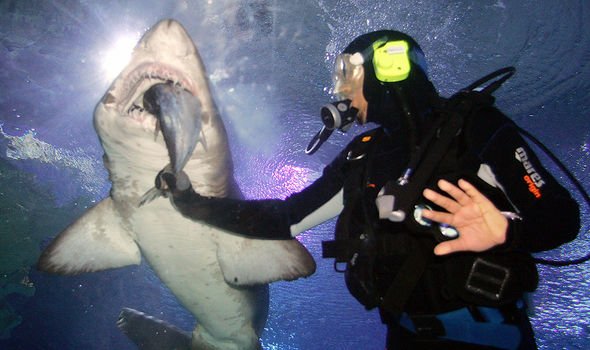 It appears that scientists can close the book on wild conspiracies of some kind of huge sea monster, but the culprit is no less shocking.

According to the researchers who investigated the puzzling case, it was a “colossal cannibal great white shark.”

It was only after further study of the migration patterns – of the great whites that came into the area where the 9-footer was killed – that they finally could guess the identity of the mysterious killer.

The scientists claimed their research data matched all of the tracking information from the lost shark.

The body temperature of these migrating great whites was the same, and the size of the cannibal great white shark – which they estimated to be 16 foot long and weigh over two tonnes – could easily pull off the same speed and trajectory captured in the tracking device. 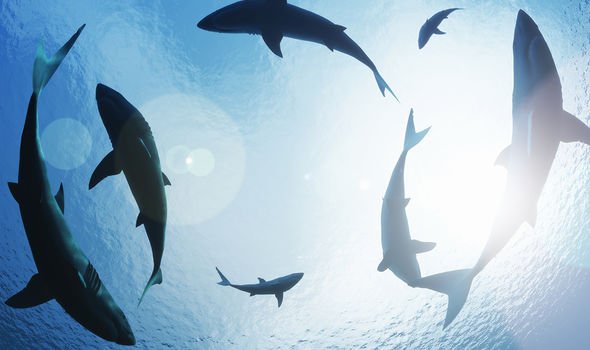 As for why a larger shark would cannibalise a smaller shark, experts suggested theories about how it could have been attacked.

They hypothesised that it was a territorial dispute or perhaps even a hunger-induced attack.

But finally, they settled with an answer that is hard to dispute: “Big sharks eat little sharks.”

They say the Atlantic Ocean would experience an environmental collapse with the extinction of the apex predators. 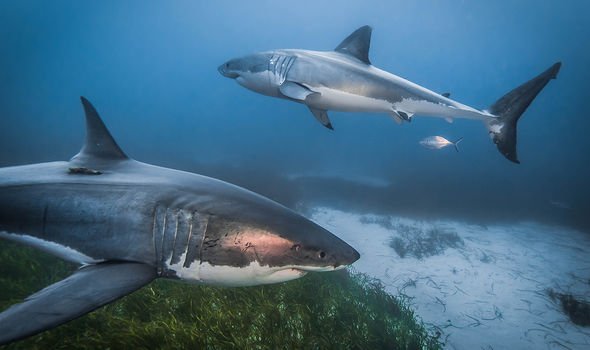 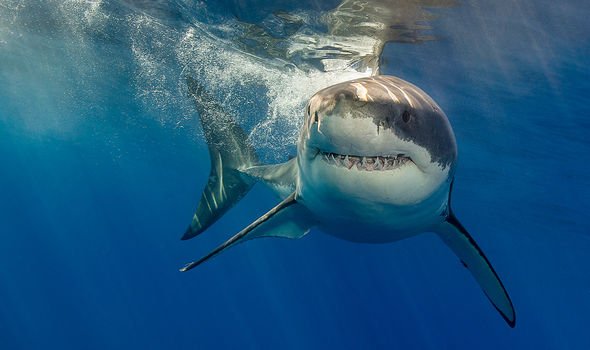 California’s underwater kelp forests have been almost diminished following an explosion in urchins that eat the kelp, and that is due to a decline in sea otters that eat the urchins.

This is threatening the natural food chain of the area, which could completely collapse if great whites have no source of prey.

Bryan Franks, a Jacksonville University doctoral professor said in 2019: “I can say with certainty you would lose stability, but there are so many factors involved it’s difficult to predict.

“Their prey would go up, then that third-level species would be depleted, but it’s difficult to model.

“The classic example is the otters, the urchins and the kelp.”