Australian consumers and businesses have resigned themselves to the coronavirus pandemic wiping out jobs and forcing many firms to the brink as evidence grows the global economy is facing an "unprecedented" collapse.

With almost 100,000 Australians tipped out of work so far this week as well-known retailers such as Smiggle, Athlete's Foot and Tarocash announced they would temporarily close their doors, the business community and shoppers believe the next few months will be extremely difficult. 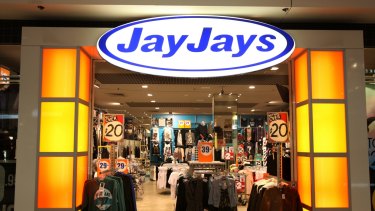 Jay Jays, run by Premier Investments, is one of the national retail chains to be shut in response to the coronavirus pandemic.Credit:Dean Sewell

Fear among consumers is growing rapidly, with nine out of 10 people surveyed saying their biggest concern is the overall economic impact of the coronavirus.

An online survey of 1000 Australians by Newgate Research carried out between Monday and Wednesday found 87 per cent were worried about jobs and unemployment while 84 per cent said they feared Australia was headed for a recession.

Almost four in five of those quizzed said workplace closures were a major concern.

Half said they were spending less money than usual while a third said their income had been reduced. A week ago, 10 per cent of those surveyed said they had been laid off. This week, that had climbed to 14 per cent.

A special survey of businesses carried out over the past week by the Australian Bureau of Statistics found 86 per cent believed they would be adversely affected in coming months.

Almost half of those quizzed said they had already been negatively affected.

Food and accommodation service businesses were the most heavily affected, with 78 per cent reporting troubles. The most common issue was a drop in local demand. Ninety-six per cent of this group expected future negative effects.

The least affected so far were professional services (21 per cent), utilities like gas and water supply (34 per cent) and mining (37 per cent). But all of these expected longer-term impacts.

There was no real differences across the size of firms, with more than 80 per cent of small, medium and large businesses expecting a negative impact in coming months.

Firms were asked to describe the situation they confronted, with the most common concerns including closures, job losses, cash flow, cancellations and working from home.

Since the start of the week, as key restrictions including those on entertainment outlets and international travel have been put in place, businesses have been forced to stand down or sack tens of thousands of staff.

On Thursday, Premier Investments, which operates household names including Just Jeans, Smiggle and Dotti, said it would close its retail stores until April 22, with 9000 staff being stood down.

The RAG Group, which runs brands such as Tarocash and YD, is closing 500 stores from Friday, with 3000 staff stood down. Accent Group, responsible for Athlete's Foot and Platypus, is also shutting its stores for four weeks with 5000 staff stood down.

The moves were on top of other cuts this week including from Qantas, Village Roadshow, Virgin and Michael Hill.